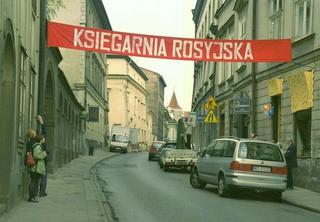 When it comes to term limits, we suggested earlier this month (see July 8 blog) that city and county boards and commissions – where members have served for as long as 25 years – should be included. Based on the performance of the Memphis and Shelby County Industrial Development Board, it can’t happen too soon for its nine members.

This week, they gave away $1.75 million in taxes to get 348 jobs for yet another distribution center and a drink coaster maker. Most exciting of all is the announcement that the company sells coasters to a list of Fortune 500 clients, including Anheuser Busch, Outback Steakhouse, and Kodak. I guess the IDB believes that if we can’t attract these corporations themselves, we can at least be excited that drink coasters made here are sitting on boardroom conference tables around the U.S.

Sometimes it’s like the board is saying, to heck with the global battle for knowledge workers, we’re sticking with a strategy to see if Memphis can compete with Bangladesh for cheap workers. The weakness in this approach was shown in the recent decision by International Paper to close its call center in Memphis and move it to Krackow, Poland. And yes, the IDB gave away taxes to get the call center here, at least briefly.

Hopefully, the IDB will soon realize that selling Memphis at a discount is not only a poor sales position for our city, but we can’t get cheap enough to win in the battle with third world nations for low-wage, low-skill jobs.

A Chamber executive explains that Memphis will “continue to be viable (as a call center). For one thing, Memphis is in the Central Time Zone, which makes call times easier, especially in the U.S.” We’re not experts in time zones, but we think Krackow is outside of the Central Time Zone. Feeling the sting of fresh questions about its policies from The Commercial Appeal and others, the IDB is working hard to justify the taxes that have been waived – which now total $45 million in county taxes alone.

Long-time member Chris Saenger praised this week’s tax freezes, because they will be located in a depressed section of Memphis. “It’s an area of town that needs business big time,” he said. However, such statements are interpreted as evidence of a plantation mentality by residents of these areas, who hear the message that they don’t deserve to earn the salaries that could come with a more targeted approach to economic development.

As questions mount, look for the big guns to come out to defend the IDB matrix that is used to calculate the amount of the tax breaks for which each company qualifies. Already, some people are complaining that the city’s desire to require companies to participate in Mayor Herenton’s Second Chance program for ex-felons is unfair. While applicants should have been told in advance about this criteria, it actually makes good sense for local government to set public policy objectives for companies whose taxes are being waived.

Meanwhile, in an effort to send the message that it is makes companies tow the line, the IDB has notified 13 businesses that they may lose their PILOT’s if they don’t meet the target hiring levels to which they committed when their tax freezes were granted. However, it is a self-reporting process and the IDB doesn’t send people out to the companies to verify what it is being told.

To indicate its sensitivity to concerns of City Council members and County Commissioners, the IDB could begin by revisiting its matrix – the Payment-In-Lieu-Tax (PILOT) Incentives Eligibility and Consideration form that can be seen on the IDB website. Perhaps, it is time to shift an emphasis on construction, because a $40 million building now gets the same number of points as 250 jobs for our citizens. In addition, setting income thresholds for companies to hit to get a tax freeze would increase public support for the tax freeze program. Now, a company can pay salaries that are only 70 percent of the per capita income for Shelby County and still get points for a tax freeze. And it’s time to resurrect a suggestion from about six years ago to eliminate tax freezes on distribution facilities and instead focus incentives on targeted industries (as most other major cities and counties do).

The spotlight on capital investments goes back to the early years of Memphis 2005, and it is the reason that each new year brings the press conference that we’ve broken last year’s investment numbers. Mentioned almost as an aside is the number of jobs created, and the average salary of these jobs is never mentioned.

While Memphis seems focused on the old economy, our competitors are looking ahead. This week, Kansas City unveiled a proposal to give incentives for “creative industries,” Memphis and Shelby County Film Commissioner Linn Sitler begs for incentives that allow her to compete with New Orleans and Austin, and a number of cities are taking strong action to attract and retain 25-34 year old professionals who will fuel the Knowledge Economy. Meanwhile, the IDB seems stuck in time, executing the same old policies as if economic development has not been revolutionized by the global economy in recent years.

But the times are changing. Hopefully, the IDB can hear the calls for change, and rather than defending past policies and questionable strategies, it finally turns its attention to ways for Memphis to compete in the brave new world of international business.

County Commissioners Tie Up Ethics Rule With A Ribbon And Bow

A Bill Of Rights For A Livable City

Suggestion Box: How About "Real" Cabs?