Their latest misguided salvo targeted MPACT Memphis, the organization of young professionals (or in the parlance of the day, emerging leaders) whose sin apparently is to have this simple goal: to improve the city.

To do this, the hundreds of MPACT members are encouraged to get involved in the civic, social and political life of Memphis, they are determined to improve the dismal Memphis self-image and to invest in a social network to make new friends. Its core values are active engagement, connectivity, creativity, diversity, inclusivity and opportunity, hardly qualities that should produce the shrill attack upon them by Commissioners Brooks and Chism.

These kinds of assaults are of course commonplace from them, but this time around, it was even more incredulous than normal, because it was clear that it sprang from a place of political hatred for any one who doesn’t agree with them. All of this was a sideshow that developed from the request for county government to put $1 million in Memphis Fast Forward, which included MPACT Memphis as a key to achieving its economic growth goals.

The mangling of the facts and the predictably strident rhetoric were once again front and center, but this time, it felt more like the political equivalent of being unable to add two plus two and get four.

Here’s the thing: MPACT wasn’t being condemned for anything it had done. It was being attacked because one of its dozens of founding members also just happened to be a founder of that other much-needed grassroots group, the politically-oriented New Path.

In other words, all of this was yet another model of the slash and burn political style of the commissioners that in the end is nothing so much as personal and misguided. In their zeal to attack three perceived political enemies, they set out to slay MPACT, an organization with hundreds of members and an organization whose nonprofit status prevents it from even getting involved in politics.

Of course, this straightforward fact was of little interest to the commissioners as they vilified MPACT. In the star chamber proceedings that now pass for some meetings of the board of commissioners, MPACT was maligned and condemned, and the sad truth is that Commissioners Brooks and Chism know in their hearts that MPACT isn’t a political organization.

They just happened to be so intent on destroying the founders of New Path – whose younger, more progressive candidates apparently threaten the worldview of these entrenched political interests – in any way that they could. At one point, one person in attendance sarcastically suggested that before it was over, the commissioners would try to revoke the county business licenses for their companies.

Yes, it was just about that preposterous. Several attempts were made to prevent the Memphis Regional Chamber from even having the right to contribute to New Path from money that didn’t originate with county government, and at one point, an amendment was so sweeping that the county attorney had to point out that taken to its logical conclusion, a Memphis corporation receiving a tax freeze wouldn’t be allowed to contribute to MPACT. Faced with the legal opinion suggesting caution, a leader of the attack made an admission against interest – that the real intent was to “destroy” MPACT.

If there was ever a textbook case of what is wrong with our local political scene, this was it – personal agenda over public purpose, attacks based on the past rather than conversations about the future, and single-minded attempts to drive the division in Memphis ever deeper for political gain.

Actually, the commissioners clearly didn’t want to hear it, but the truth is that both MPACT and New Path are national models held up as models for other cities to replicate. At a time when Memphis is bleeding talent to other cities and languishing at the bottom of cities that are successful in attracting talent, the board of commissioners managed to send the message that our city does not welcome young professionals unless they fall in line behind the same old power brokers and become part of the same old political power bases.

Fortunately for Memphis, New Path – as a political organization – has pursued a more enlightened attitude, endorsing a slate of men and women who are identified by their new thinking and fresh approaches to the problems of Memphis. Best of all, these young people seem impatient with the replaying the same old tapes, the same recriminations, the same score-settling and the concentration of power that have become a fundamental part of Memphis politics for way too long.

Meanwhile, over at MPACT Memphis, its members just want to live in a city that is progressive and successful. That’s why its executive director, Chris Allen, earlier this year wrote an op-ed article for The Commercial Appeal entitled: “10 Reasons to Cheer,” which had the audacity to point out that Memphians need to have more pride in their city and its uniqueness. Months later, MPACT member Jenny Howard months later wrote a commentary in The CA that was an eloquent plea for understanding and harmony in the city that she loves.

Apparently, these are the kinds of messages that can shake some in Memphis politics to their core – people that actually see beyond differences to join hands to work for a better city. Yes, they probably do see a more progressive Memphis, one where political power – both black and white –isn’t built on the fault lines of race and class, but they do not endorse candidates and they do not operate any political machinery.

Holding Up Our National Models

As our firm works in other cities on strategies to attract and retain young professionals, we often point to MPACT Memphis as the kind of organization that can make an important difference in encouraging the kinds of roots that keep 25-34 year-olds in communities. If one thing is true about this generation, it is their mobility, and it’s creating relationships and reasons to stay that present the greatest opportunity.

Cities like Memphis that seem stuck in a time warp and that operate in a culture of scarcity – the attitude of “if you’re winning, I must be losing, so therefore I’m against you” – are simply being left behind in the fight for the kind of talented workers needed to succeed in today’s economy.

It’s clear from our work that today, Memphis suffers from a perception that it is slow-moving, unambitious and fatally divided, and that’s why the commissioners’ rhetoric is so painful. They have now successfully reenforced those perceptions, taking in the welcome mat, as the word of this rebuff to young leadership is repeated on the Internet and creates the inevitable buzz that defines social networking.

It’s strange how history does in fact repeat itself. It was about 30 years ago that young white people in Memphis looked at the body politic and concluded that “this generation just needs to die off.” Today, young African-Americans are increasingly saying the same thing.

Hopefully, for some of us older folks, we’ll have the chance to see some progress in our lifetimes, but it sure feels like we’ve been waiting an awfully long time.

Surely, the vast majority of our people can see the value of an involved younger generation, one that’s not inclined or interested in repeating our mistakes and one that’s anxious to prove that the rhetoric about diversity can become a reality in their time.

If you’re looking to help usher in this new era, remember – even if the county commissioners can’t get it right – to send your contributions to New Path and other political organizations welcoming the involvement of young people who want to change the direction of politics in Memphis.

If you want to support the efforts to keep more young professionals in Memphis, send that contribute to MPACT. Regardless of what you may have heard in the halls of county government, it doesn’t get involved in politics. 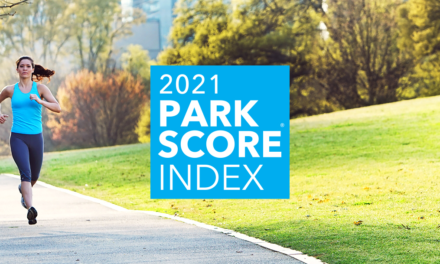 Putting a Value on Placemaking