The Intertwined History of Sheriffs and Mayor Elections 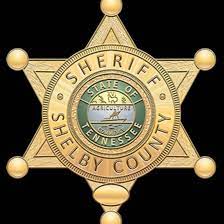 With his support from both Democrats and Republicans, Sheriff Floyd Bonner is considered at this point to be a formidable candidate in the race for Memphis mayor next year.

If he does win, he will make history, a review of mayor’s elections since the formation of the city indicates. He would be the first sitting Shelby County sheriff to become Memphis mayor.

Unless a more in-depth historical study shows otherwise, only one other person who had been sheriff has advanced to the city mayor’s post and he was not sheriff at the time of his election more than a century ago. That person was Frank L. Monteverde, a former sheriff at the time, who won election and served as mayor during 1918 and 1919. In his win, Monteverde defeated the E. H. Crump political organization. At that time, Crump’s organization had not yet achieved the strength that it had when it dominated all Memphis and Shelby County elections and those across the rest of Tennessee for decades. Monteverde, who was the first person born in Memphis to hold the job and has been the only person of Italian descent to win the post, did not seek re-election in 1919. That race was won by Rowlett Paine, who had Crump’s support.

1960, two sheriffs have run unsuccessful races for Memphis mayor—Sheriff M. A. Hinds in 1963 and Sheriff Bill Morris in 1967. Morris ran again in 1971 when he was a former sheriff. In those races, Hinds and Morris came in third.

In 1963, City Court Judge William B. Ingram, who was known for strongly criticizing police, won a surprise victory over City Commissioner Bill Farris, who had the backing of the city’s business leadership and was considered by many to be the most progressive of the candidates. In the Black community, Ingram’s criticism of police served him well. He campaigned as a conservative in the then predominantly white area of Frayser and other white sections of the city. Hinds was the old-line candidate having come up through the Memphis Police Department during the Crump era. (Crump died in 1954 but many people he and his political organization had selected remained in office for many years after his death.)

Memphis voters approved a change in the city’s form of government to the current mayor-council government before the 1967 election. Ingram sought re-election as mayor. Former mayor Henry Loeb, a strong conservative who served as city public works commissioner before winning the mayor’s post the first time in 1959, chose to run again for mayor of the new government in 1967. He had resigned as mayor in 1963 before the end of his first term to run the family business.

Morris, in the second of his three two-year terms as sheriff, decided to run for city mayor. His time in the sheriff’s office had gone well. With Loeb in the race, Ingram lost his conservative support but retained his Black support. Ingram had a combative personality and during his term in office, he had clashes with many other politicians and others in the community. Those clashes were credited by some as giving a boost to the effort to change the form of government.

An independent sort, Ingram did not seem to have any overriding political philosophy. He wanted to make all the decisions in the government so all the people he chose to have around him in government were not chosen for their skills in running things or thinking independently. They were chosen because they would be loyal to him and do what he said. Morris, who did not yet have all the political skills that he would exhibit in his 16 years as county mayor, was the moderate in the 1967 city mayor’s race and came in third. The mayor’s race that year had a runoff and some observers believed if he had been in the runoff with either Loeb or Ingram he might have won.

Morris’ third two-year term as sheriff ended in 1970. In 1971, he ran again for Memphis mayor. That is the last time until now that a sheriff or former sheriff has run for the post. Loeb chose not to seek re-election.

Wyeth Chandler, a member of the first City Council, announced. He was the son of former mayor Walter Chandler, an E. H. Crump lieutenant during the political boss’ era. Juvenile Court Judge Kenneth Turner entered the race. Chandler drew the backing of Loeb and the conservative white community. Perhaps surprisingly, many Black voters chose Turner as the best alternative to the conservative-backed Chandler and he went into the runoff with Chandler. Morris came in third again. He drew some support in the Black community and came in a distant second to Chandler in white areas. Again, the candidate who drew support among both white and Black voters, did not make the runoff. Turner, as it turned out, could not pick up enough white voters to defeat Chandler.

At the time, some people may have thought it was the end if the political line for Morris. In the long run, Morris seems to have established himself as more politically durable than Turner. Turner, who is now deceased, never sought another office outside the Juvenile Court judgeship. Morris ran for county mayor in 1978 after the first county mayor, Roy Nixon, became involved in controversy during the shortened first term of the office and did not seek re-election. Morris won the 1978 race and was re-elected county mayor three times, serving for 16 years before the days of term limits and the holding of political primaries for the office.

Partisan and Racial Politics In Memphis Are The Same Thing