County Mayor Candidate Stumbles Out Of The Gate 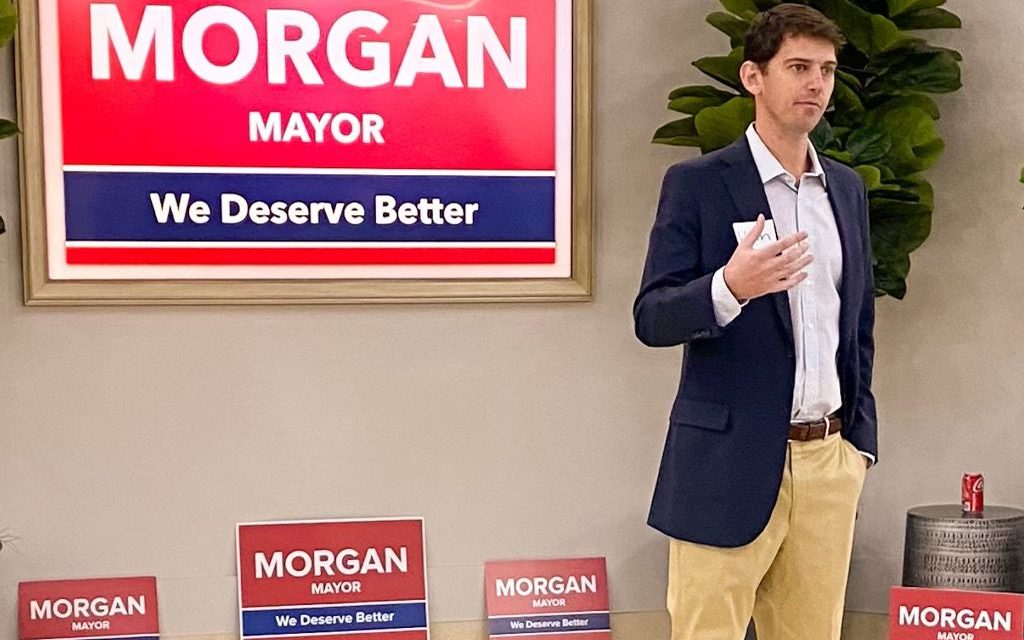 City Councilman Worth Morgan’s television ad attacking Mayor Lee Harris looks like one of those ideas that a political consultant thought was clever, but in the end, it just makes the client look bad.

At a time when Mr. Morgan’s campaign strategy is to portray his youth as a vigorous force needed in county government, the ad instead suggested an immature ignorance about how Shelby County Government works generally and the duties of the county mayor specifically.

Apparently, his consultants are armed with data that show how worried voters are about violent crime and how few support the defund the police movement, and this inspired an ad trying too hard to somehow connect Mr. Harris to both.

In the end, it said more about the candidate than his opponent.

Mr. Morgan deserves better than an ad that most of all suggested a willingness to say anything to get elected.  Hopefully, as his campaign unfolds and more ads are produced, this one will be an aberration.  There are partisan, political, and philosophical differences that could be the content of ads and draw factual comparisons between the candidates.

His ad and his social media posts contend that Mr. Harris has done nothing to reduce violent crime although as a Council member, Mr. Morgan himself has more influence and control over crime than the county mayor, not to mention that violent crime has risen 32% while Mr. Morgan has been on City Council.

And according to the ad, despite violent crime and car racing on city streets rising, Mr. Harris has been cutting the sheriff’s budget.  It’s a fundamental lack of knowledge that assumes that county government is like city government and that the mayor essentially and absolutely controls everything and everybody’s budget.   It also apparently assumes that the sheriff’s department is enforcing laws on city streets.

Actually, the mayor really only has ultimate budgetary and operational control over the divisions that answer to him – Finance and Administration, Information Technology, Planning and Development, Public Works, Corrections, Health Services, and Community Services.  The rest of county government prepares their own budgets, have their own budget hearings, and have their own political leverage to get what they want.

The mayor and his administration may express an opinion in the hearings but elected officials, including the sheriff, present their own budgets to the county commissioners.  According to the county charter, the mayor’s job is to present a “consolidated budget” that includes the requests from other officials.

It doesn’t mean that a mayor can’t jawbone an elected official if he chooses (Mayor Bill Morris was notably willing to challenge sheriff’s budgets as being too high) but that’s a rare event in the history of county government. However, since the sheriff’s operating budget has increased from $178.8 million to $185.5 million over four years, that doesn’t seem to be happening.

Of the jobs in county government that are paid from the general fund, the sheriff has 52.8% of the total and the mayor’s administration has 17.1%, which indicates the level of support the sheriff has from the county commissioners.

The bulk of the sheriff’s budget is spent on maintaining the Shelby County Jail, where 1,097 people work.  The jail’s budget is roughly $50 million more than the budget of the uniform department.

The sheriff’s department only has 314 officers in uniformed patrol, which is responsible for law enforcement in the unincorporated area of Shelby County, Arlington, and Lakeland. And the sheriff’s uniform patrol budget has increased $9 million in four years.

However, 52% of the sheriff’s staff work in the jail.

The ad fails to understand the difference between an operating budget and a capital improvements budget.  It says that Mr. Harris reduced the sheriff’s budget by $4.8 million.  About $3.1 million of that amount was a reduction in the sheriff’s CIP budget, and contrary to the ad, it was the amount submitted by the sheriff’s department itself.

And yet, Mr. Morgan’s ad seems to suggest that county government should be involved in law enforcement inside Memphis, which has 2,040 uniformed police officers compared to the sheriff’s 314 and that Mayor Harris is cutting the sheriff’s budget which actually amounts to 55% of county government’s general fund.

A little history: sheriffs in Tennessee were constitutional officers for more than a century and they are the chief law enforcement officer in their counties, according to Tennessee County Services Association.  It means that if Memphis Police Department was dissolved, the sheriff could be responsible for law enforcement inside Memphis, which was suggested at least once in a government consolidation effort over the years.

There could be an argument that the sheriff could be doing more within the limits of a city, and that’s an issue worth debating; however, if Mr. Morgan is suggesting that, he should say it and we can discuss its merits and the budgetary implications.

It’s hard to see someone with Mr. Morgan potential stumble out of the gate.  He certainly has a pedigree in politics, serving as an intern in the Office of Faith-Based and Community Initiatives in President George W. Bush’s White House and as Memphis office manager for the gubernatorial campaign of Bill Haslam.

Mr. Morgan has a compelling personal story to tell, he is clearly smart, and he clearly has a firm Republican-centric philosophy of governance.

Just for the record: I’ll be equally diligent in evaluating the ads by Mr. Harris and people in other races.