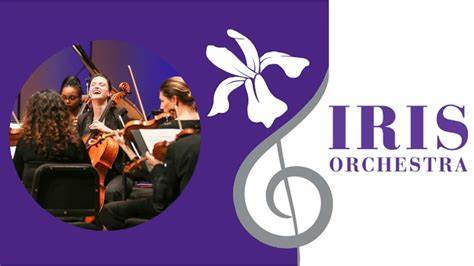 Three months ago, Iris Orchestra announced that it would disband at the end of this, its 22nd  season.

That means our opportunities to enjoy this special community cultural asset have dwindled to only two concert formats.  One of those last ones is Sunday, March 6, at 3 p.m..

This weekend offers a special tribute by the Iris Orchestra in honor of late Memphis entrepreneur and philanthropist Peter Formanek in a special place, Crosstown Theater, in a performance by special artists, Israeli pianists Inon Barnatan and Alon Goldstein.

It’s a well-deserved opportunity to pay tribute to Mr. Formanek, a Memphis business legend, but also to pay tribute to the Germantown-based orchestra that began 22 years ago as an experiment and has come to be one of the region’s best-loved classical music interpreters and a champion of American music.

The two are some of the world’s most celebrated pianists.  Each of them will perform as soloists and then together perform selections from Debussy, Chopin, Gershwin, and Schubert.  New York Times praised Mr. Goldstein for playing with “brilliance and imagination.”  It also called Mr. Barnatan “one of the most admired pianists of his generation.”

Iris Orchestra founder Michael Stern describes them as “immensely talented pianists” and concert-goers will consider that an epic understatement after the performance.  As the son of mythic violist Isaac Stern, Michael Stern has deep experience with musical greatness.

On Saturday, March 5, at 7:30 p.m., the pianists will perform an orchestral program at Germantown Performing Arts Center.  It will feature Cara Fesjian’s Concerto for the Upside (in gratitude of the life and friendship of Peter Formanek; Mozart’s Concert for Two Pianos in E-flat Major, Number 10; and Dvorak’s Symphony Number 9 in E Minor, Opus 95 (The New World Symphony).

Masks for the concerts are strongly recommended.

Iris Orchestra closes out with performances on April 23 and 24.  During its history, the strongest testament to its caliber has been performances by Yo-Yo Ma, Yefim Bronfman, Garrick Ohlsson, Emanuel Ax, Itzhak Perlman, Pinchas Zukerman, and Joshua Bell.

Talking About the “D” Word