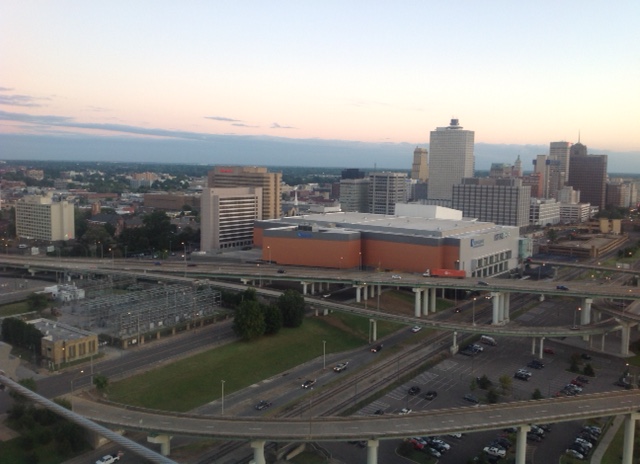 Sometimes the obvious observation is the best one.

I go to Nashville every few years to see how the other half lives. The changes are stunning since I lived there in the Seventies. Not surprising. Forty-five years is a long time.

The changes of the last three years are stunning in a different way because so much has happened so fast. Compared to Memphis, Nashville is like another planet.

Nashville and Memphis are roughly the same size in population and only 200 miles apart. But Nashville, the teacher’s pet, is in the middle seat of the front row. As for Memphis, like the t-shirt says, when you’re bad they put you in the corner.

Nashville has more rich, smart, ambitious, healthy people who won the life lottery. It has an elite private university in the SEC, and an elite name that says RICH(ER). And the best medical, law and business schools.

Businesses want to come here. Memphis has to buy them with tax freezes. And spend the majority of its city budget on crime, fire, failing education and health care for the poor.

Nashville had 109 murders vs 331 in Memphis last year, a sticky number.

Vandy is like three or four Rhodes plus graduate schools.

Nashville is consolidated with Davidson County and holds more tax base even with spillover to Franklin and Murfreesboro. Memphis suburbs have perfected the art of secession.

Nashville’s symbol is a giant building crane over a glass skyscraper. Memphis is a giant box.

Nashville hotels compete to see how much they can charge. $40 parking. $14 drink. $18 burger. In my hotel and four others I wandered into, recycled wood is hot decor, so is art deco, chrome and mirrors, fancy furniture, “valet parking only”, and coffee table books of album covers nobody looks at.

Nashville is a reality show. Memphis is reality.

Memphis has famous rappers who sing about niggas and dicks and hos, as in “yo ho suck dick on sight” in a popular song by Yo Gotti, who is on a Memphis billboard celebrating him as a graduate of its public schools. You can hear those shockers any day on the radio but you can’t say them in polite circles or print them in a newspaper feature story or obituary about rappers. There is no equivalent in country music. Nashville has a roundabout jokingly nicknamed “dicks” for its anatomically correct bronze sculpture of nudes called Musica on Music Row.

The Cumberland is a modest lazy river you can walk across to something interesting on the other side, such as the Titans football stadium, instead of a mighty river that floods and is bordered by fields and floodplain.

Nashville traffic is a headache, but not for a savvy traveler with money to burn. Many of them do. Lower Broadway is reportedly the busiest Uber drop-off destination in the world.

In Nashville businesses and restaurants, masks are required indoors, or so say the signs, but many people ignore them. Memphis masks more often, at least in Midtown where I live.

Glass and glitz get monotonous. If office culture goes away those Music City skyscrapers will be in for a reckoning. Old brick buildings and historic preservation provide some relief and a hipster vibe. Call it architectural comfort food. Memphis has that in a way Nashville does not. Midtown Memphis is a real cluster of neighborhoods. Midtown Nashville is a marketing construct painted on the side of a building on 19th Avenue.

My view of Nashville is influenced by nostalgia. Cheap eats and beers at Mack’s Cafe, the Natchez Trace, Pancake Pantry, the Loveless Cafe; free-music venues the Pickin’ Parlor, Bluegrass Inn, Station Inn, Bishops; movies at the Belcourt and  Belle Meade Theater; walk-on tennis courts at Vanderbilt and Peabody and Centennial Park; pickup basketball games at McCabe Park, McGavock High School, and the  downtown YMCA.  A salary of $10,000 a year was enough to live pretty well on. A house near Vanderbilt could be had for $25,000 in 1974, the year The Opry moved from the Ryman Auditorium to Opryland. The Nashville skyline still looked pretty much the way it did on the cover of Bob Dylan’s1969 album of that name. Nixon was out. Gerald Ford, a decent man from my hometown of Grand Rapids, was the President. Well, I thought, we could do worse. I still do.

My view of Memphis is shaped by living here for 40 years. Nashville is an interesting place to visit but I wouldn’t want to live there. I suppose people in Nashville say the same thing about Memphis.

John Branston lives in Memphis and wrote for wire services; newspapers, including The Commercial Appeal and Memphis Flyer; and magazines, including Memphis, for 40 years. He is the author of What Katy Did and Rowdy Memphis.  He co-authored A Doctor/Patient Look at Sleep Disorders, Suicide, Failure, and Recovery that was posted here last week.