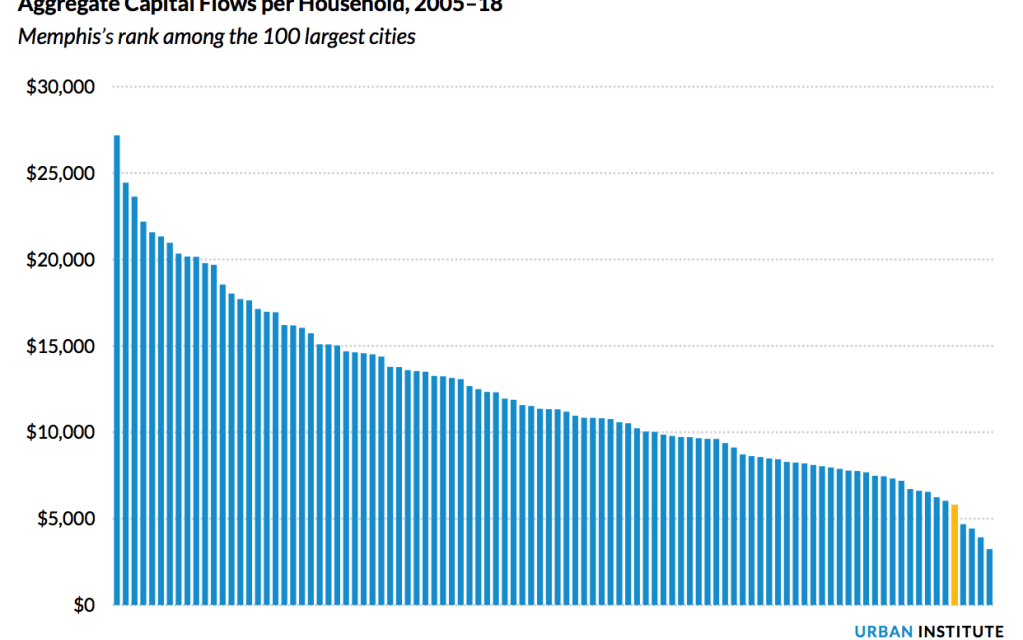 How many wake-up calls can Memphis get before one of them is the knock-out punch?

It’s the question that Memphis leaders should be asking themselves.

Unfortunately, if history is the best predictor of the future, they aren’t.

Because of it, there’s little reason to expect the kind of urgency and immediacy from the presumptive leadership that are required to change the city’s trend lines.  That is likely despite conclusions in an Urban Institute released last week about Memphis’ weak system to finance community development in underserved neighborhoods.

For the first time in many years, there is a generation of activists who now refuse to accept the status quo and are mobilizing to drive the kind of transformative change Memphis needs.

It’s been about 15 years since I wrote here that Memphis has no margin for error.  In fact, at one point, Memphis Mayor A C Wharton Jr. said it too.  To underscore the point, this blog has concentrated on data-based commentaries and the posting of crucial data points designed to drive action.

But while some data has made its way into discussions, speeches, and editorials, they were overshadowed by hyperboles about momentum, moving in the right direction, downtown Renaissance, historic investments, and more.

In other words, Memphis leaders are often hypnotized by the rhetoric.  Meanwhile, the city’s crucial data points got worse. Like the frog boiling in the pot as the water got hotter and hotter, Memphis strolled toward the future as if its trend lines were going to miraculously change on their own accord.

There’s a Memphis tradition that whenever there is a challenge or crisis, people turn to City Hall and others for the answer.  As a result, solutions have often been insular, bureaucratic, and not as bold as substantive progress demanded.

For example, despite all the happy talk and reports about the economy, crucial economic indicators have gotten worse, and Memphis has fallen behind cities it used to lead.

Here are some wake-up calls from recent months:

The troubling data points go on and on.

Where To Find Leadership?

But here’s the question: when’s the last time you heard a leader in Memphis cite this data to make the case that Memphis needs an interconnected plan of action to change the city’s trajectory?

At best, the economy is sluggish compared to its peer cities and worst of all, it is punishing when it comes to about half of the city.

All of this brings us to last week’s research report by the Urban Institute – Community Development in Finance in Memphis: Assessing Capital Flows, the Local Ecosystem, and Opportunity Zones – which is more than a wake=up call.  It feels like a potential knock-out blow.

The conclusion: Memphis is #96 out of the 100 largest U.S. cities in per-person access to loans, grants, and other capital.  In Memphis, it’s $5,000 and most cities are twice that.

And what money there is is spent downtown, East Memphis, and white neighborhoods, the report said, adding that the philanthropy on which so much in community development is dependent here is lower than other cities. 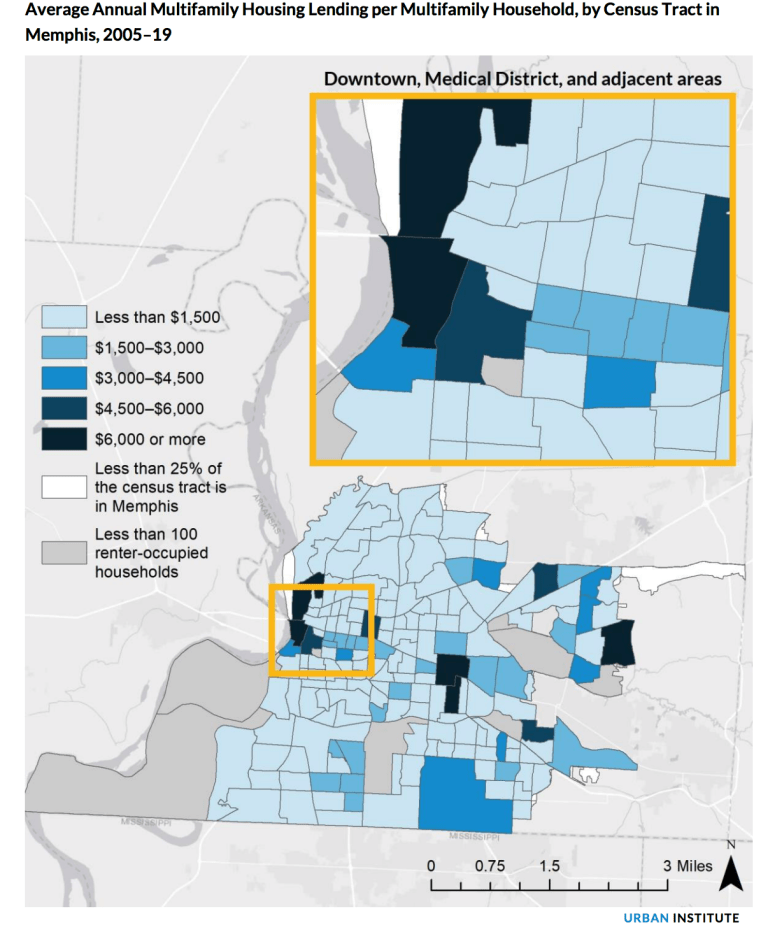 The report concluded that when compared to other cities, Memphis lacks a strong ecosystem to drive community development initiatives, including ways to finance them, and what does exist is highly segregated.

“Our study reveals that capital flows in Memphis are deeply segregated—much like the city itself. This is especially evident in neighborhood-level trends along the lines of race and poverty. Inequity is apparent across investment type, though some are more disparate than others. Loans from the mission sector (such as those from CDFIs), as well as federal community development subsidies, are more prevalent in communities of color and high-poverty neighborhoods. However, these sources are small relative to mainstream market capital flows and, as such, are not sufficient to overcome investment disparities.

“As in the rest of the country, segregation intersects with poverty in Memphis. Only about percent of white Memphians live in neighborhoods where at least 40 percent of the population is living in poverty, but 20 percent of Black residents do…poverty and race intersect geographically. The northern and southern areas of the city hold larger concentrations of Black residents and are the areas where poverty is more prevalent. As in most parts of the country, this correlation is explained by decades and centuries of purposeful disinvestment in Black neighborhoods by the government and the private sector. Through redlining and exclusionary tactics, the public sector and private actors undermined Black wealth in South and North Memphis by deeming these neighborhoods ‘unsafe’ for mortgage and construction lending.”

A Memphis financial representative summed up the city this way to researchers:  “What happens in Memphis is that it’s all about relations. Most people of color, [people in] low- to moderate-income neighborhoods, don’t have those relationships with banking institutions, and many people within those banking institutions hold the belief that those communities are in decline, are not redeemable, or are high risk…You can make those deals, but it’s all about sophistication. We need that sophistication.”

To create a better future and an effective ecosystem, the Urban Institute included six recommendations.  They are fairly predictable for these kinds of reports but what is particularly revealing is the narrative backed up by numerous powerful graphs that tell the story of a city that needs dramatic and lasting change.

Here are the recommendations:

The Urban Institute report feels like much more than just another wake-up call.  It is much more than that.  The charts and graphs arguably paint a devastating picture of a failure of leadership.

It’s obvious that unless the devastating trends lines captured in them are improved, Memphis may already be knocked down and on the mat.

Recent history and progress suggest that real change will likely come from the grassroots and the community organizing that is under way there.  If they are successful, Memphis may not be out for the count.  But the city can’t absorb any more wake-up calls.