I recently was privileged to be one of the Memphis attendees at a meeting for the Strong Cities, Strong Communities Initiative (SC2) at the White House.  The meeting featured representatives from all six of the cities engaged in the initiative, with a panel of mayors from those communities.  The meeting was positioned as an opportunity to report and share ideas on the progress being made in critical categories.

For Memphis, SC2 is working with the City on programs and initiatives to create safe and vibrant neighborhoods, grow prosperity and opportunity for all, invest in young people, advance a culture of excellence in government, and strengthen federal partnerships – a holistic approach for the planning and development of human resources and physical infrastructure.

From my perspective, this was a great opportunity to hear how our progress compared with others and to, like others, get and share ideas.  The panel was moderated by United States Secretary of Housing and Urban Development Shaun Donovan, co-chair of SC2.  The discussion was thought-provoking, and we were just about to enter a question-and-answer phase when we were all surprised by a guest appearance.

It was a profound moment for me and our delegation when President Barack Obama joined the meeting.  Though not formally listed on the agenda, the President arrived to make a very special announcement.

The President took the podium to deliver an Executive Order establishing a special Council for Strong Cities and Strong Communities, a formal step that strengthens the administration’s commitment to the effort.  But, what was most impressive to me about the President’s brief address was how much the President knew about our activities in Memphis and the respect he demonstrated for Mayor Wharton.  From his comments, it was clear to me that he has confidence that Memphis can and will be an example for other cities through the SC2 initiative.

In the SC2 Overview, the purpose of the federal team is described as fourfold:

1) Improve the way the federal government does business: the team is helping the City and its stakeholders to cut through red tape, understand regulations and program requirements, and navigate the maze of the federal bureaucracy.

2) Provide assistance and support: the team is working on priority projects identified by the Mayor, lending expertise, manpower, and a new perspective to issues the City faces.

3) Partner for growth: the team is helping to connect the City to best practices from across the country, bringing Memphis into the national conversation about urban policy. The team is also working to support relationship-building between the City and local stakeholders.

4) Shine a spotlight on what works: the team is helping to celebrate the good things already underway in Memphis and is sharing with policymakers at the highest levels of government the innovations happening here.

The SC2 team has a detailed workplan and meets weekly to report on progress and engage with more than 100 stakeholders. In short, the federal government has stepped forward to act as a connector, an enabler and a third-party observer for strategic thinking.

Our President has made Memphis a priority, and our city leaders have taken that responsibility and challenge to heart.  When you are sitting in a room and the President of the United States walks in, and it is obvious he knows your city leaders and your city’s challenges and opportunities, you can’t help but feel good about where we are now and our potential for the future. 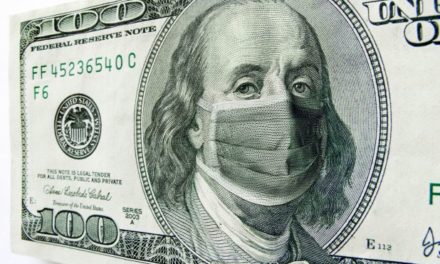