Thumbnail: Memphis ranks #95 – and is headed in the wrong direction – in the Trust for Public Land’s latest ParkScore, the definitive measurement of parks across the U.S.

To get to the middle of the pack of 99 cities, Memphis needs to have 62% of its population within 10-minute walk of a park instead of 46% and have 9% of the city’s land used for parks and recreation rather than 5%.

Hopefully, the City of Memphis Park Services Master Plan can move the city’s park systems from the bottom rungs of the rankings, but it’s a tall order.  That said, surely Memphis can do better than 95th between Garland, Texas, and Mesa, Arizona,.

It’s interesting to note that the cities in the top 15 also just happen to be some of the most economically successful and appealing cities in the U.S., ratifying that today’s workforce values parks, outdoor recreation, and special public spaces:

Other cities of interest for Memphis, and which are often used for comparison, are:

Key measurements for a park system’s effectiveness are percent of land used for parks and percent of population with a 10-minute walk to a park.

For example, in top-rated Minneapolis, 98% of the public are within a 10-minute walk to a park and 10% of the city land is used for parks and recreation.

Memphis:
46% within 10-minute walk
5% of land used for parks and recreation

While Memphis ranks low on the ParkScore, none of the cities in Shelby County are setting the pace either:

Collierville:
47% within 10-minute walk
4% of land used for parks

The Potential Of Creative Industries: This Week On Smart City 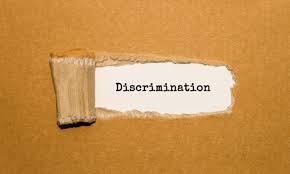