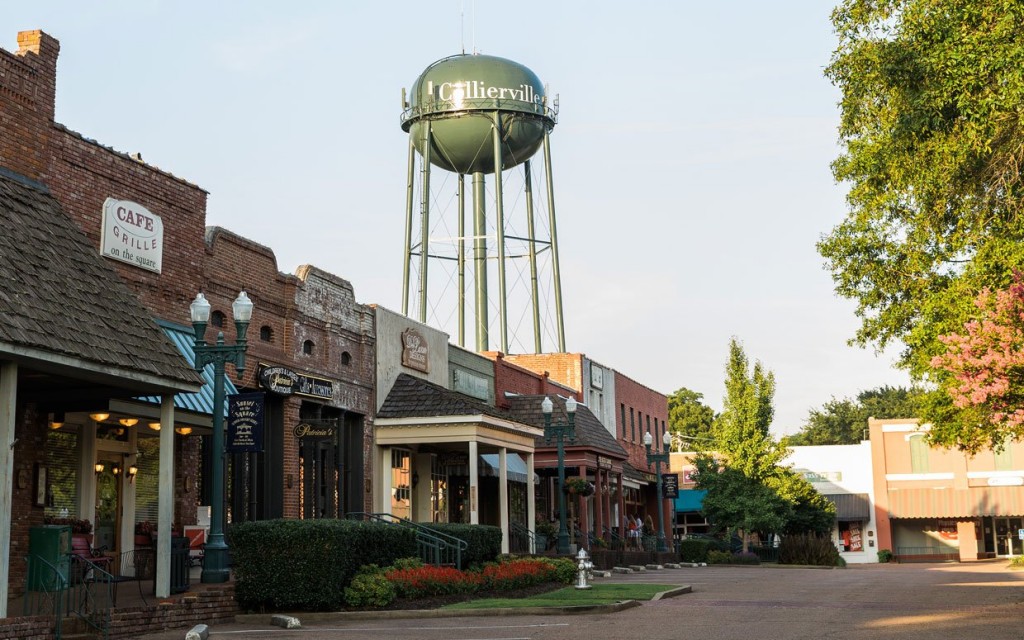 About the time that I entered high school, I met a Republican.

Growing up in Collierville in the era of the solidly Democratic South, it created quite a stir when word rippled out that the new family in the town of 2,000 was Republican.  Most of us just assumed it was one of those incredible rumors that can travel through a small town when everyone is trying to take the measure of the new family.

It was a time – in the midst of the civil rights movement – when the town had one Jewish family and one Catholic family, a couple of areas where all the black families lived, and life revolved around the town square – the business heart of Collierville – where businesses shut down at noon on Thursdays (although the two drug stores alternated staying open) and which African Americans had to leave by 10 p.m. on Saturday nights.

I remember a life-altering event when I saw a white man knock an elderly black man off the sidewalk because he did not step aside to let him pass.  I never attended elementary or high school with an African American student and the idea that a black person would enter the doors of a white church was simply unfathomable.

A Different Time And Place

The class system was alive and well.  There were “city kids” – those who lived inside the city limits of Collierville – and there were “country kids” – those who lived outside the city limits, including those from Fisherville and Eads and even the eastern edge of Fayette County.  Each elementary grade had two sections – one for each of the groups – and as a result, friendships across town boundaries were rare.

As a child, I was both a country kid and a city kid, because my family on different occasions rented houses in both places.  In the country, I played with the African American boy who lived next door, and every morning, we walked to the road, where he boarded a bus for a ride of more than one hour to his segregated school across the county and I boarded mine for a 20-minute ride to Collierville School.

In other words, it was a different place at a different time.  And into this parallel universe moved a Republican family, such a rarity that the two young girls in the family were quizzed at school about the strange political affliction that beset the family.  There were whispers that these people were different, but it seemed to me at the time that the parents were better educated, more progressive in their thinking, and less hard-shelled about race issues.

In time, other Republicans would also move into Collierville, but more and more, the town itself went from blue to red because former Democrats abandoned the Democratic Party because its national leaders were seen as too supportive of the civil rights movement.

Today, Collierville is a hotbed of Republicanism and intimations of erudition about political issues seem a distant memory, particularly in the context of the current campaign for Tennessee’s 8th Congressional District.  The gerrymandering of the rambling district stretching almost to Nashville left a constituency characterized by religious fundamentalism and race-based politics living in the bubble of Fox News and conservative online partisans.

In their world, dinosaurs once walked among men, climate change is a myth perpetuated by the scientific establishment (whatever that is), law and order soundbites resonate, there is a war on Christmas, and all things Memphis are the causes of most Shelby County problems.

It has been a long, strange trip for Collierville but racial fault lines were institutionalized even more when Shelby County elections became partisan affairs and elected officials willing to cross those lines did so at their peril.

We think about these political changes as we watch the television commercials for the candidates to replace Frog Jump’s Stephen Fincher.  Then again, it’s hard to expect much from a district willing to elect someone like Mr. Fincher, who quoted the Bible as justification to cut food stamps while his family received almost $9 million over 10 years in farm subsidies for not planting cotton.

Staying On The Script

In other words, the bar was already set pretty low in this district and some of the primary candidates seem determined to keep it there.  Jackson businessman Brad Greer humbly describes himself as a “Christian servant leader” while behaving in most un-Christian ways with his bottom-feeding campaign, replete with conspiracies, hateful invectives, and insidious innuendoes about his opponents.  It is tempting to simply dismiss him as a crank, except for the fact that in this district, his election can’t be ruled out.

It’s hard to see a road to victory for Ken Atkins of Mason, whose campaign strategy appears to be parroting Republican presidential candidate Donald Trump, and as usual, there are candidates pandering to the Religious Right like Jackson’s Hunter Baker talking about the war on religion by secularists and Collierville’s David Maldonado resurrecting the call for religious education in public schools.

Across the board, the candidates seem to have gotten their talking points from ALEC, the right wing political group whose screeds on “capitalism at all costs” and “profits ahead of people” count for research and policy in the world of right wing candidates for office.  Almost to a candidate, everyone in this race can recite the group’s mantra about high corporate taxes, attacks on freedom, government regulation killing jobs, bloated government, political correctness, well, you get the picture.

There are times when Shelby County Mayor Mark Luttrell is the only candidate not willing to say almost anything to get elected.  Considered the favorite when the race began, he has been pilloried by some opponents for taking actions that were in the best interest of his constituents in Shelby County, such as supporting the expansion of Medicaid to cover hundreds of thousands of Tennesseeans, but his greatest sin of all is that he accepted an invitation to sit with First Lady Michelle Obama for the last State of the Union address as a result of his work on criminal justice reform.

To the contrary, it’s been embarrassing to watch David Kustoff, former U.S. Attorney, chase the congressional office.  In a campaign characterized by too much testosterone and tough talk, he makes sweeping promises (like wiping out Isis) that belie his ability to accomplish anything as a freshman Congressman at the bottom of a political food chain that includes 435 members of the U.S. Congress.  (For frame of reference, consider that Memphis Congressman Steve Cohen is #167 in seniority and it took him 10 years to get there.)  Mr. Kustoff’s red meat commercials went even lower when he played the race card by injecting into the campaign his prosecution of former Tennessee Senator John Ford as a bragging right.

Shelby County Register Tom Leatherwood seems lost in the shuffle and has about one-tenth of the cash on hand as Mayor Luttrell’s $273,651 and much less than Mr. Kustoff’s $392,672 and Tennessee Senator Brian Kelsey’s $339,887.  Of course, everyone’s cash pales in comparison to Dr. George Flinn’s $1.5 million, a candidate whose perennial candidacies have been good for the economy and there are some observers this time around who believe he has a reasonable chance to be elected. That said, Dr. Flinn’s television commercials co-starring two doting and dotty, starry-eyed seniors are cringe-worthy.

Finally, there’s Senator Kelsey, who, in only one sentence in his television commercial, manages to say conservative three times.  He proudly touts his Tea Party legacy with a constitutional amendment that cements in place Tennessee’s ugly regressive tax structure so that poor and middle income families will always pay more of their salaries in taxes than higher earners. He proudly brags about his cynical blocking of health care to 300,000 Tennesseeans desperately in need of it, and he boasts about his work to change judicial elections so that judges are more susceptible to being ousted by Citizens United-type campaigns against them.  As the Ted Cruz of the state Senate, Mr. Kelsey gets to market the image of a maverick in large part because his colleagues regularly abhor working with him.

At this point, it’s hard to know who’s ahead in this district, but if history teaches anything, it is that to have his best chance, the candidate should aim low, real low.

One Reason the Poor Have Less Political Clout