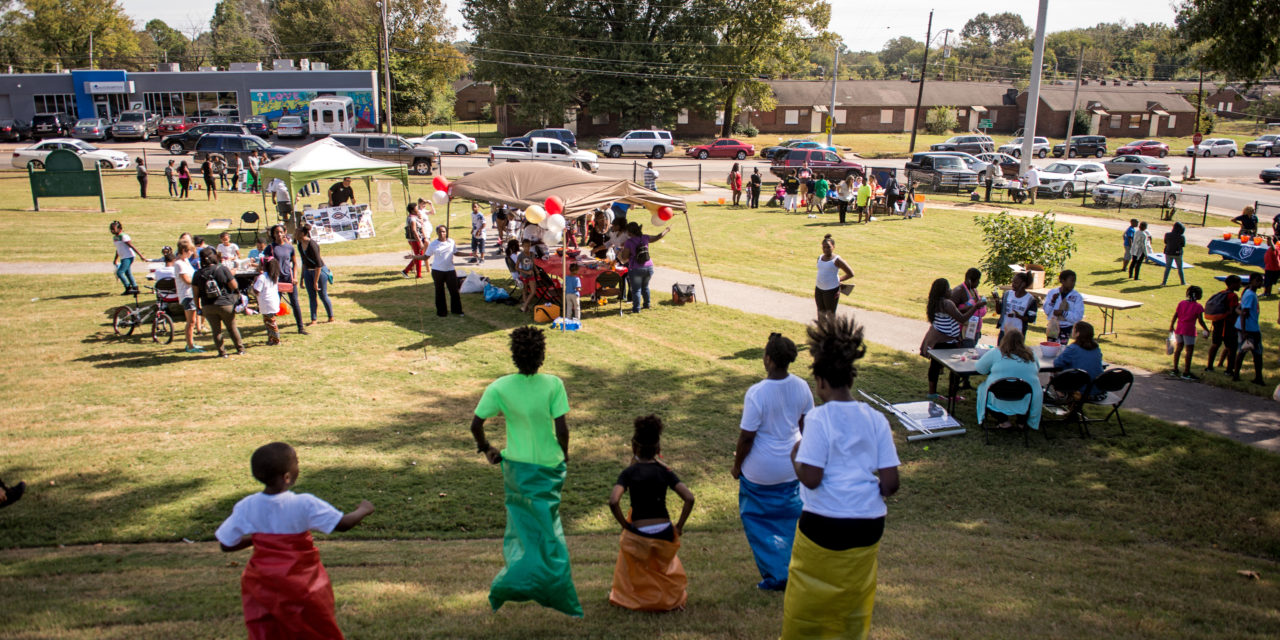 Thumbnail: One of the milestones in the age of Memphis momentum has been the entry of the Kresge Foundation into Memphis.  Since 2013, it has provided funding of more than $23 million for nonprofit organizations working to create a culture of opportunity.

It was a special Thanksgiving for six Memphis nonprofit organizations that received a total of $1.9 million from the Kresge Foundation.

That said, all of Memphis should be thankful for Kresge Foundation’s presence and impact in Memphis.  The latest grants by the $3.8 billion Troy, Michigan, foundation brings its total investment in Memphis since 2013 to more than $23 million.

Kresge Foundation’s stamp of approval is almost as valuable as the funding, because it sends the message that these nonprofit organizations have met the high standards for its work in Memphis in keeping with the Foundation’s core mission of expanding opportunity for people with low incomes.

While the Kresge Foundation’s primary focus has been Detroit and it has been involved in most of that city’s transformative programs, the Kresge Foundation added Memphis as a priority about seven years ago.  Today, these cities include Memphis, New Orleans, and Fresno, California, in recent years.

It was a fortuitous decision for Memphis, because its support can be seen all over the city.  In addition to expanding opportunity, its work in Memphis has emphasized racial equity, rewarded collaboration and organizations with an emphasis toward learning and continuing improvement and multi-disciplinary approaches.

For example, in August of last year, Memphis was the second city selected for Kresge Foundation’s NextGen (Next Generation) program awarded $250,000 to five Memphis organizations but also included a two-year learning and collaboration program.  For that program, Kresge sought partners who go beyond traditional human services delivery and move to new ways to reduce poverty.   Receiving the grants were The Collective, Dorothy Day House, Knowledge Quest, Urban Strategies, and World Relief Memphis.

Earlier this year, it donated $100,000 to ArtsMemphis, $85,000 to Music Export Memphis,  and  $300,000 to the Mid-South COVID-29 Response Fund as funding for pandemic response, which was the first of continuing contributions.

The Kresge Foundation’s early and most visible entry into Memphis came in 2016 when it joined with JPB Foundation, the Knight Foundation, and William Penn Foundation to provide a $5 million grant to support Memphis’ entry into  Reimagining the Civic Commons program.  It is a national initiative to revitalize and connect civic assets – such as parks and libraries – with people of all backgrounds, create more resilient communities, and reverse trends of economic and social fragmentation in cities.

The Memphis project was the Fourth Bluff project which sparked a reimagining of what had been Confederate Park, Jefferson Davis Park, Riverline Trail, and Cossitt Library.  All are transformed today – Confederate monuments are gone and Fourth Bluff Park, once a tribute to racism and treason is today welcoming for every Memphian; River Garden has become a vibrant replacement for moribund Jefferson Davis Park; and Cossitt Library is being converted into a more contemporary library with co-working space, and music library, and a café.

In 2018, the vision for the river parks was propelled when the Kresge Foundation loaned Carol Coletta, a senior fellow at the Foundation, to lead the new Memphis River Parks Partnership, and her national network, her considerable experience with dozens of American cities, and her passion for the the Civic Commons project which she led brought new energy and progress to the riverfront plans.

In announcing the winners, a Kresge spokesperson said: “Community-based organizations throughout Memphis are brimming with passion, creativity, and an unwavering commitment to enhancing the day-to-day experiences within their neighborhoods.  We’re eager to witness these projects evolve from well-crafted aspirations to resident-driven manifestations that transform today’s Memphis into the neighborhoods Memphians deserve tomorrow.”

In just a few years, Kresge Foundation has been an important partner in battling for a fairer, more equitable Memphis. On August 24, 2016, Rip Rapson, president of the Kresge Foundation, presaged its entry into Memphis, speaking about the coming need to balance the attention to downtown and midtown with neighborhood revitalization.

“This is a struggle you may not have yet, but you will,” he said in a meeting at the National Civil Rights Museum.    ‘You’re going to have to figure out neighborhood strategies.  I think we can help with that.”

Prior to the speech, the Kresge Foundation had been conducting its due diligence about Memphis.  Staff members had visited Memphis and reported their observations.  On September 25-26, 2013, a delegation from the Foundation conducted a whirlwind two-day visit to Memphis, meeting with numerous nonprofit leaders, Memphis Mayor A C Wharton Jr., and touring three target neighborhoods.  (As part of the fact-finding process, Reid Dulberger, president/CEO of EDGE, and I were invited to Kresge headquarters to present a data-driven overview.)

The schedule presented to the delegation members to Memphis said: “No city in America has more motivation than Memphis to create a culture of opportunity for all of its citizens.  That is why, facing challenges like concentrated multi-generational poverty, economic segregation, sprawl, and a languishing economy, Memphis has embarked on an unprecedented number of initiatives propelled by collective action and aimed at innovative, sustained solutions gemination from a ‘building from assets’ approach.

“Progress is being built in Memphis with efforts that inspire innovation, foster unique partnerships, and support authentic community engagement as the nexus where all community-based planning begins.  The objective now is to link the initiatives and assets in order to activate a coherent and broader strategic agenda that results in more than incremental gains but instead, leap frogs Memphis ahead in key economic and livability indicators.

“No city in America has a better opportunity to serve as a laboratory for successful innovation in urban strategies that expand opportunities for lowincome families, revitalize core city neighborhoods, create new pathways to college graduation, eliminate health disparities, and mot of all, support, nurtrure, and activate grassroots leaders driving change.  When this approach converged with a long-term strategy to ‘connect the dots’ with citywide sustainability, connectivity, natural asset enhancements, livability, and civic pride, Memphis has an unrivaled opportunity for long-term, sustained impact.”

It was an optimistic, prideful view of the city, perhaps even rose-colored, but in the end, Kresge Foundation decided that it would add Memphis as a city core to its work.  It also added New Orleans.

“Our hometown of Detroit and New Orleans share stories of community resilience – the capacity of communities to prepare for, respond to, and recover from disasters and disinvestment. In 2005, Hurricane Katrina proved a galvanizing moment for our work in New Orleans. We increased our support for the city and its people and responded strategically to bolster the city’s recovery. The result was over $12 million dedicated to recovery across an array of disciplines. We’ve remained engaged ever since.

“In Memphis, we have mirrored our Detroit efforts to spur equitable growth by investing in four areas: planning and collaboration; community development systems; neighborhood revitalization; and leadership and organizational development. Our work reflects the belief that investments in systems must happen alongside direct investments in community capacity to ensure the scope and scale of development is shaped by residents.”

Holding A Regional Summit Worth Its Name: RegionSmart 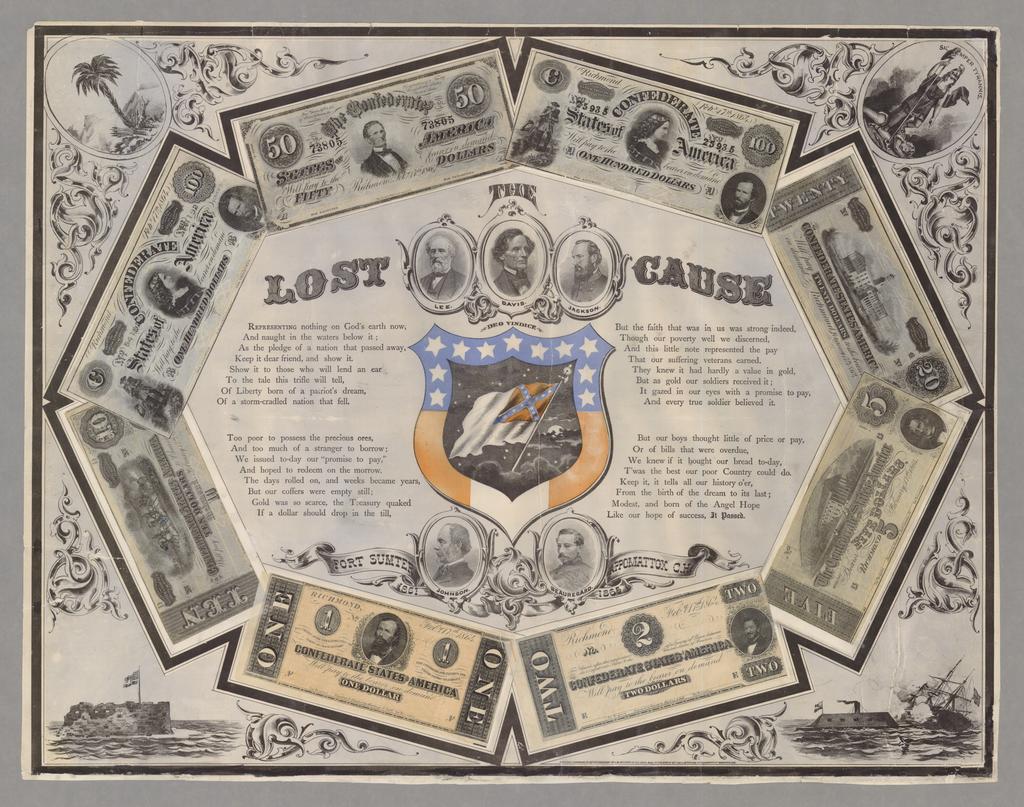