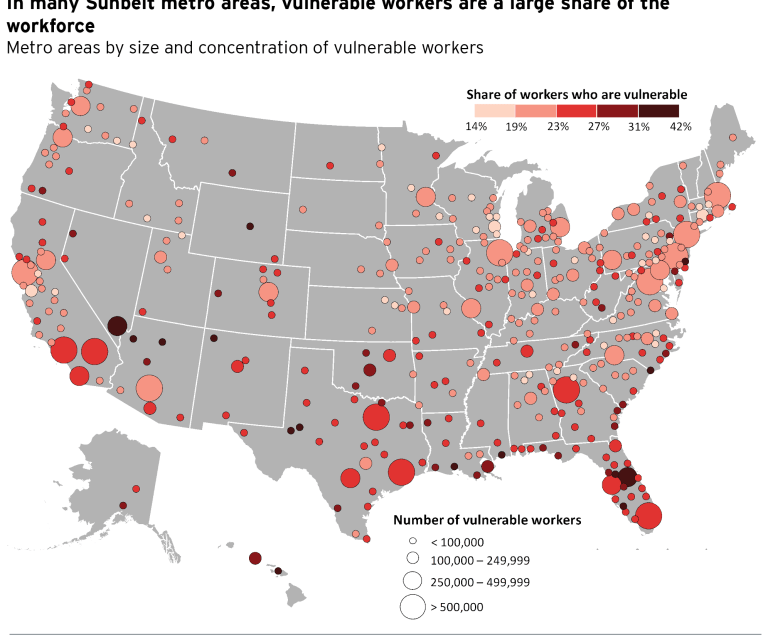 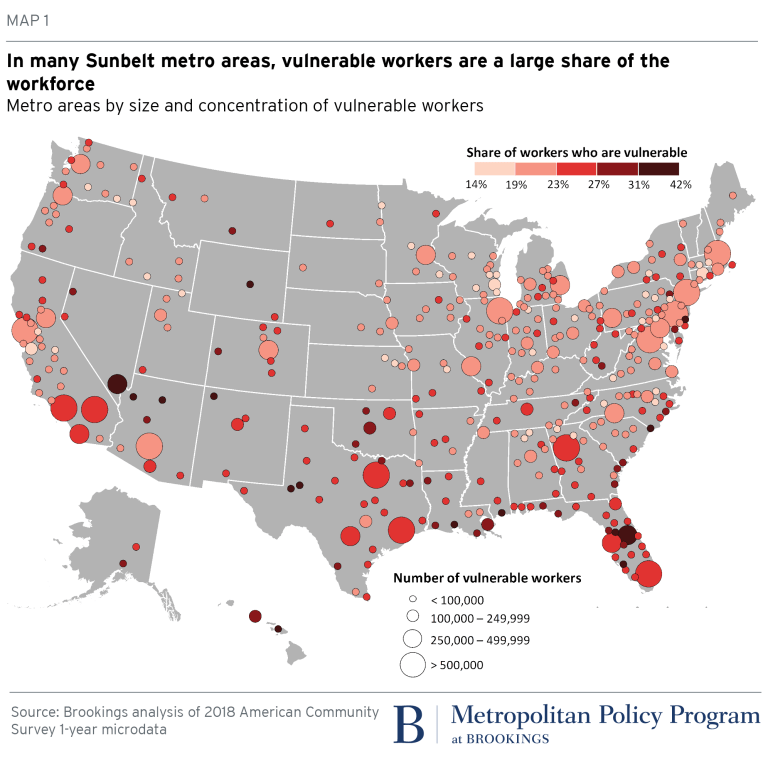 At the time that the coronavirus hit Memphis and Shelby County, the unemployment rate was based on 28,400 people being out of work, and today, if our community reflects national trends, that number has already swelled to more than 60,000.

It could actually be much higher.  In the Memphis metro, 148,499 workers – or 24% of all workers – are employed in vulnerable jobs and their median wages are $40,727, according to the Brookings Institution.  Thirty-one percent work in food and accommodations, 36% in retail, 9% are in transportation and warehousing, and 8% in arts, entertainment, and recreation.

All of us have heard the factoid that about 40% of Americans don’t have $400 to pay for an emergency – in cash, savings, and credit card charge that can be quickly paid off.  Many of these vulnerable workers fall into that category.

If customary percentages are prevailing, already about 30,000 Memphis workers have filed for unemployment insurance with the State of Tennessee.

That’s unsurprising, considering that the first, third, and fourth most common jobs here are respectively transportation & warehousing, retail, and accommodation & food services.  More than 100,000 people work in those sectors.

To put the virus’ impact into perspective, unemployment insurance applications are skyrocketing in Tennessee – already roughly four times more than they were in the midst of the Great Recession – and they will undoubtedly go even higher.  Based on historic trends, more than 30,000 of the applications have come from Memphis and Shelby County.

It’s a clear sign of how harshly the coronavirus has hit Memphis, particularly its small businesses.  Nationally, 25% of all small businesses say they will have to close their doors without help within two months. It’s a frightening prospect, because small businesses account for about 30% of our community’s economic output, or $43 billion.

Small businesses amount to about 28% of the metro’s total number of businesses, and although the Memphis region ranks near the bottom of metro areas with the most small businesses, that does not diminish the serious disruption in the life of our community – and in our own lives.  After all, so many of our most personal relationships are with small businesses and their employees.

Among the small businesses hit hardest are the mom-and-pop ones, which especially proliferate in neighborhoods that are “racially identifiable” as African American.  Black-owned businesses have received overdue attention in recent years, which only makes sense since about 60% of all Memphis businesses have minority owners – more than 44,000.

About two years ago, Memphis Mayor Jim Strickland launched The 800 Initiative, a program to grow the revenues of minority-owned businesses with paid employees by $50 million by 2023.  All in all, it seemed a modest program with a modest funding of $500,000 from city government and $1 million from FedEx.

The coronavirus makes the 2023 goal all but impossible to achieve and it is likely to need much more backing to propel it once we get to the new normal.

Small businesses are especially fragile.  Often financed with loans from friends and families after being turned down from financial institutions, they – like many of their workers – live month to month.

Fragile in the best of times, they are now brittle.  Their hopes about recovery funding from the federal government is laced with concerns that it may be too little too late.

In a recent CNBC interview, former Facebook executive and founder and CEO of investment firm Social Capital Chamath Palihapitiya powerfully made the point that the emphasis now should be on Main Street, not Wall Street.:

Already, federal agencies lack a sense of urgency and are stumbling out of the gate to get the pipeline of money running that can be the difference between life and death for many Memphis small businesses.

“The plight of vulnerable workers and the businesses that employed them motivated Congress and the administration to provide substantial emergency relief through the CARES act,” the Brookings Institution wrote.  “Yet the major provisions of that legislation – expanded and extended unemployment insurance, forgivable loans to small businesses who retail their payroll, and one-time cash payments to most adults – will take some time to hit the pockets of vulnerable workers.  Many lack the financial cushion to weather the weeks in between.

“Moreover, the systems on which that emergency assistance is built – particularly unemployment insurance – may fail to cover many vulnerable workers.  That’s because their employers may not classify those workers as ‘employees,’ or because they don’t meet the minimum income requirements for the program in their state.  Any many eligible workers are encountering difficulty just signing up for benefits, given the unprecedented surge in demand on these systems.

“For these reasons, local leaders will need to step up to perform outreach to vulnerable workers in their communities and hep them connect to both forthcoming federal assistance and locally provided emergency assistance that can help them pay bills in the meantime.  Communities around the country have established emergency aid funds for this purpose, although many are already straining under the weight of local demand.”

There’s no question that the immediate challenge for our community is to ensure that the cases and deaths from coronavirus are mitigated as much as possible, but the data suggest that we also need to address the crisis in families across Memphis and Shelby County.

A demonstration of this concern would be forgivable grants in an emergency fund seeded with city and county government money as a lifeline for our most vulnerable.  We’ve talked a lot in recent years about setting national standards.  This is our opportunity.