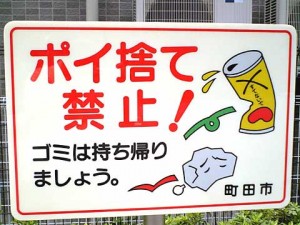 It’s the threshold of a new business day in Tokyo. A few hours after dawn, overcast, and the weather could go either way.

Even in a city of 14 million where privacy is as prized as a holiday from work, it’s difficult to correlate the chaos of last night’s Ginza with the tranquility there now, Hibaya Park is virtually abandoned, the streets in Uchisaiwaichō are essentially empty, and the always crowded pachinko parlors have only a few hardcore players who may have been there all night. There are buses stopping at the gates of the Imperial Palace to disgorge men and women from the outskirts of the city who are volunteering in the gardens as an act of civic pride.

Up and down the warren of side streets that make Tokyo ever-fascinating, the stores and restaurants are still closed, but there is activity: their owners are sweeping the sidewalks in front of their businesses and making sure there’s not a scrap of litter nearby.

It’s a distinctly Japanese attitude toward community and courtesy.

In the 1980s when Memphis and Shelby County were extremely successful in recruiting Japanese companies, there were so many new Japanese families relocating here that they began Saturday School to teach their children to make sure they forget the values, social norms, and mores of their homeland.

As one executive explained at the time: “In your schools, you teach them Tom Sawyer. It’s all about doing what you want to do and being independent. There’s no sense of what is owed to the community in creating an orderly society.”

In those years, city and county mayors made frequent trips, along with Governor Lamar Alexander, to meet with Japanese executives whose companies had operations here and to sell our community for new investments and jobs. Ultimately, almost two dozen Japanese businesses opened operations here which included highly coveted manufacturing jobs.

In one of those overseas business missions, Shelby County Mayor Bill Morris and Memphis Mayor Dick Hackett were meeting with business prospects in a conference room with a dramatic view of the Imperial Palace across Uchibori dori and the web of smaller streets branching off from that broad boulevard, many of the streets without names. As usual, it was impossible to see even one piece of paper or litter on the streets or sidewalks.

Standing at the wall-to-ceiling windows with his hosts, Mr. Hackett commented: “I can’t believe how clean Tokyo is. You must have strict laws against littering because it’s so clean everywhere.” One CEO replied: “We don’t have laws like that. We don’t litter because we’re not supposed to. It’s disrespectful.”

We can’t say for sure that he was being literal about the laws, but he was convincing. The end result was the same: the pervasive sense of community means that every person is in charge of it. Business owners clean the sidewalks and streets in front of their stores, people don’t eat and walk on the sidewalk at the same time to eliminate the temptation of throwing down bags and paper, and after attending a special event like concerts and sporting competitions, people pick up the paper around them and throw it in the trash as they exit.

All of this comes to mind as we clock how long a piece of trash or a bottle is left on the sidewalk or in the planters downtown. Hundreds, if not thousands, of people walk by daily but it is likely to remain until someone paid by city government comes by and picks it up – or the handful of people who seem intent on picking up litter takes care of it.

It’s the main difference between the Japanese ethos and our own. There, it’s everyone’s job to create a clean place. Here, most people see it as someone else’s job.

Every once in awhile, someone will mention that for many years, Memphis was a perennial winner of the Nation’s Cleanest Cities award. It’s remarkable how often it comes up, especially considering that the last time it won was 68 years ago.

Memphis City Beautiful was created in 1930 at the direction of former Memphis mayor and political boss E. H. Crump. It is the first oldest public organization of its kind in the U.S. It does the best it can with a small staff and small budget and based on prevalent citizen concerns about cleanliness raised in meetings and on Facebook, it would be a good place for a budget boost.

The same can be said for Clean Memphis, the 11-year-old nonprofit working with multiple partners and supported by the business community to create a cleaner, greener, and more sustainable Memphis. In its short history, under the persuasive leadership of Janet Boscarino, this ambitious organization has started exiting initiatves anchored on a foundation of grassroots partnerships.

That’s why we need a broad-based, bottom-up, citizen-powered Clean Up Memphis campaign in the city’s neighborhoods with and grassroots leadership, and it’s hard to think of a better place for it to begin than downtown Memphis. Although the Downtown Memphis Commission supplements services provided by the City of Memphis in high pedestrian areas around Main Street, it’s hard for it to keep pace with so many people remaining lackadaisical about simply picking up litter and putting in in a trash bin or businesses who see the cleanliness of the sidewalks in front of their enterprises as someone else’s job.

It’s hard to imagine that independent-minded Americans will ever adopt the shared sense of community that defines all facets of life in Japan, but surely it’s not too much to aspire to for Memphians to start a pilot project to make downtown cleaner and litter-free and to serve as a template for neighborhoods throughout Memphis.

The State of the City Parks Movement 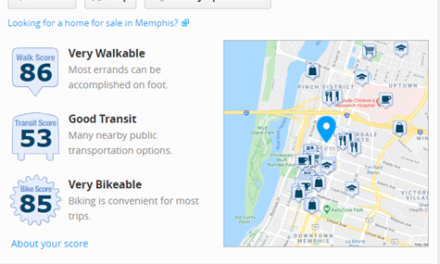