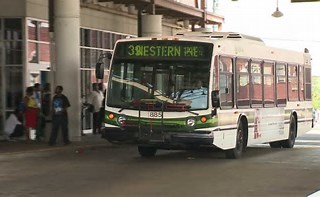 When we wrote last week that the pushback would be aggressive against Shelby County Mayor Lee Harris’ proposal to fund MATA with a $145 annual fee for owners of more than two cars, it turned out to be the understatement of the year.

Ominously enough for the proposal, there is opposition from many people who are traditional supporters of public transit, and unfortunately, in the wake of the plan’s presentation, it fed the growing “ready, fire, aim” reputation of the Harris Administration.

After years of waiting for new funding sources for Memphis Area Transit Authority, we were glad to support his idea which uses the number of cars as a proxy for a family’s ability to pay increased car registration fees. The average household in Memphis has 1.57 cars and in Shelby County, it is 1.66, according to the Center for Neighborhood Technology.

That said, some of the fragility of the proposal is largely a result of self-inflicted wounds.

One is not strictly speaking the county administration’s fault but a problem that largely exists whenever an improved public transit system is discussed, however, unfortunately, the Harris Administration failed to recognize it.

The problem is that the discussion about MATA centers on its need for $30 million and that becomes the dominant messages to the point that there’s little description about how our public transit – and our lives – could change as a result of the increased funding.

For example, the powerpoint presentation by the Harris Administration is an example of the problem. Like so many advocates for more funding, the mayor seemed to only talk to the converted, and as a result, the powerpoint doesn’t really speak to the people who would actually have to pay the $145 a year for each car they own after two vehicles.

As a result, it’s little wonder there is an intense outcry. All of us have to do better in explaining why improved public transit should matter to everyone and how the extra money being paid will improve their lives or achieve benefits that matter to them.

It’s a continual problem when many of us – and we’ll accept our share of blame – talk as if everybody understands the jargon, the wonky terminology, and the framework for understanding the issue. It’s why we think calling the fee a “sustainability fee” says nothing to the majority of people in this county who have no idea what sustainability means and it also squanders the potential for a fee that really does address sustainability in Shelby County in a comprehensive way.

Our second concern is that the idea seems to call out for more due diligence before seeing prime time. Mayor Harris’ decision to rely on U.S. Census Bureau’s numbers for car ownership in Shelby County rather than the records of the County Clerk’s office seems particularly short-sighted.

The mayor’s office said the clerk wasn’t asked because they owed the County Board of Commissioners the courtesy of the first presentation of the proposal; however, that hardly prevented the administration from calling the clerk’s office to simply ask for the total number of addresses with three or more vehicles. On the other hand, the clerk’s office was not owed a first glance at the plan, because its role is purely ministerial.

However, while the county administration was not contacting the county clerk, it was meeting with City of Memphis, MATA representatives, Memphis Bus Riders Union, and MICAH. If the administration was already meeting with multiple people, it hard to argue with Clerk Wanda Halbert that someone should have found time to meet with her. If nothing else, it would have provided information on what processes, systems, and bureaucracy that would be needed to ensure compliance with the fee.

There’s also the feeling that the fee structure seems to rest on the notion that people can’t title cars to other address, that major companies like FedEx cannot title vehicles to another county or state, or people with businesses won’t title cars to that address.

We are assuming that the Harris Administration considered other funding options before landing on the final proposal. They include the following:

Vehicle Registration Fee. There is the possibility of adding a fee to all vehicles in Shelby County. With about 700,000 vehicles, a $13 per car fee would generate the same amount of money. This is the antithesis of progressive taxation, but it would spread the pain and likely limit the political blowback. Or, the fee for each car could be staggered with an escalating scale for more cars but certainly topping out much lower than $145.

Gas Tax. State law give Memphis the authority to enact its own one-cent gas tax. It would cost the average driver a moderate amount stretched over an entire year and produce as much as $6 million a year. This requires approval at referendum. While it’s not an option for county government, it’s a potential funding source.

Parking Tax. Some cities, including Chicago, San Francisco, Austin, Pittsburgh, and Seattle, have taxed parking spaces based on the market rate for free parking. This not only raises more money for MATA but it could encourage more riders to use transit.

Fee on MLGW bills. A fee could be added on utility bills for property owners which would be similar to the stormwater utility fee. While this could raise the amount targeted by county government, another fee on the lengthening list of fees on MLGW bills seems a volatile political option.

Adequate Facilities Taxes. Over the past 20 years, these taxes have surfaced several times when county government needed revenues. It’s also known as development taxes because It’s paid on the square footage of development and is normally 50 cents to $2 per gross square foot.  These taxes are progressive since they are based on square footage. Shelby County Government abandoned previous proposals for the tax when developers howled. More to the point, development varies from year to year, so it’s impossible to depend on a specific amount.

Payment-in-lieu-of taxes. If Shelby County could reduce the amount of taxes waived each year by one-fifth, it would generate $10 million a year.

Eye on the Prize

We continue to support Mayor Harris’ fee plan because no other serious proposal for a new source of MATA revenues has been put forward in years. Finally, we have one and it deserves the serious consideration as a means to increase MATA funding. It may evolve in the coming weeks, but at the end of this process, the ultimate goal remains the same: to create stable, predictable funding for public transit.

Hopefully, as it proceeds, county government will flesh out Transit Vision 3.0 in a way that connects more directly and strongly with the public. Chief among the improvements at the center of the Vision is increased frequency of service, the key to making public transit more reliable and useful with faster transfers. Only a handful of MATA routes today even offer 30-minute frequency (15-minute frequency or better is the industry norm for being called frequent).

One crucial benefit of the Vision’s recommended transit network improves job access for Memphians by 39%. Put another way, 79,000 more people and 103,000 more jobs would be near frequent bus service. Forty-five percent more jobs would be reachable in an hour for minority residents and 49% for low-income Memphians.

These compelling arguments for more transit funding resonate with those of us who care about public policy and public transit; however, Transit Vision 3.0 must be translated into language and explanations so everyone else cares – starting with people with more than two cars.