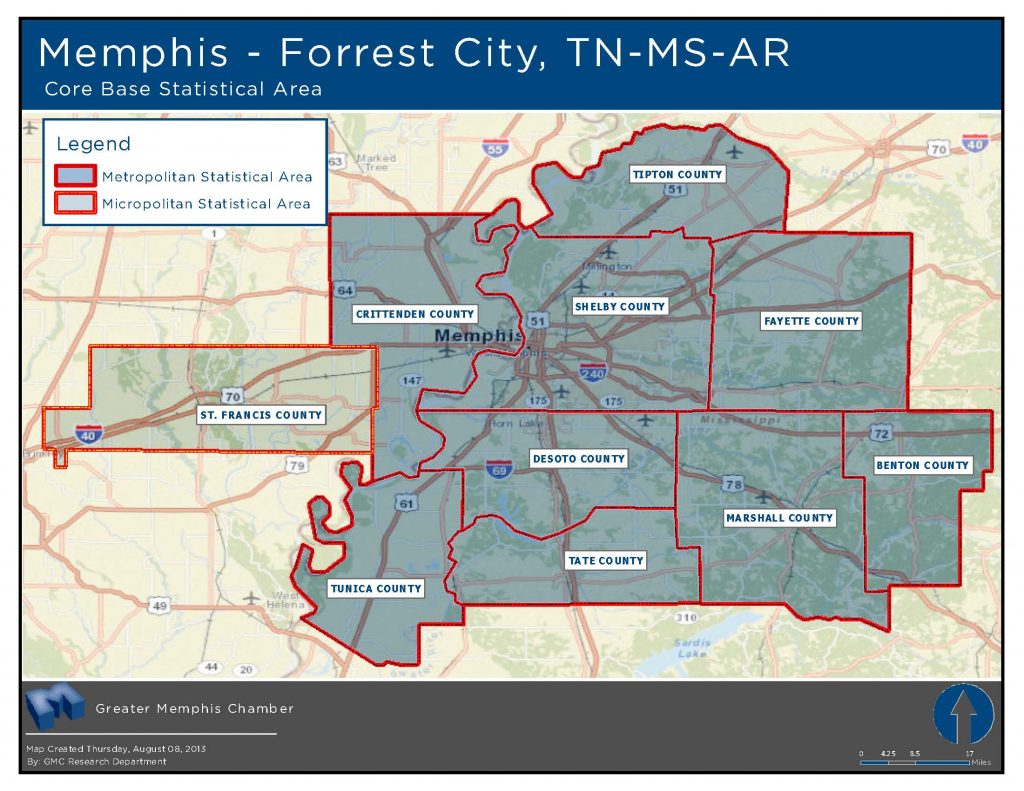 This post is written by Jimmie Covington, veteran Memphis reporter with lengthy experience covering governmental, school, and demographic issues. He is a contributing writer with The Best Times, a monthly news magazine for active people 50 and older, where his articles also appear.

Memphis Mayor Jim Strickland and his administration have a major goal of reversing the decades-long pattern of people moving out of Memphis.

However, U. S. Census Bureau estimates released in April don’t indicate any trend in that direction. The estimates are for the nation’s counties and metropolitan areas on July 1, 2018.

It’s now less than a year before the next 10-year federal census will be conducted. The official census day is April 1, 2020. The first results are due out in December 2020.

The census is mandated by Article 1, Section 2, of the U.S. Constitution. The major purpose is to determine how many representatives each state has in the U.S. House of Representatives

The 2020 Census will give us a much more solid picture than the estimates of what is happening with the population locally, in the state and in the nation as a whole. Once the results are in, the annual census estimates that have been released will be adjusted to conform with the changes that are reflected in the 2020 Census count.

For now, it will be several weeks before the July 1, 2018, estimates are released for Memphis and other cities across the nation.

But unless there has been a highly unlikely change from what Shelby County estimates in the past have revealed about Memphis, the figures indicate the city is continuing to lose thousands of people to outward movement each year.

Or to put it another way, Shelby County had a population loss of 209 between July 1, 2017, and July 1, 2018,  despite having 4,424 more resident births than deaths. If the census estimates are anywhere near correct, that means a lot more people are moving out of the county than moving in.

But what part of the county are they moving from?  Here is where Memphis comes in.

For decades, census counts have shown that the only times that population has declined in the county outside Memphis have been when the city completed major annexations.

The city is now effectively blocked from making any more annexations and is moving to de-annex some areas.

Over the decades, the pattern has been that all of Shelby County’s slow growth in population could be linked to people moving out of Memphis.

The latest estimates also continue to show that people are not just leaving Memphis, they are leaving the nine-county Memphis metro area as a whole.

The estimates reflect that only two counties in the area – DeSoto County, Miss., and Fayette County in Tennessee — are having growth larger that the natural increase of births exceeding deaths.

Estimates for 2015 were the first to show Nashville moving ahead of Memphis to become the state’s largest city.

Here are the July 1, 2018, census estimates compared with the 2010 Census counts for the nine counties in the Memphis Metropolitan Statistical Area.

Is It My Time Yet?

Carol’s Thoughts on Re-Use of the Pyramid