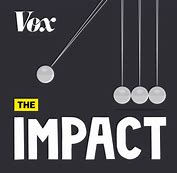 Memphis is the featured podcast this week on Vox Media’s outstanding The Impact.  In a 32-minute broadcast entitled the “incredible shrinking city,” Vox talks to Memphians and how the city’s sprawl changed the trajectory for the core of Memphis as more money was spent to expand the city footprint while existing neighborhoods withered.  There are interviews with several Memphians, focuses on Orange Mound, and features an interview with our friend, University of Memphis economics emeritus professor David Ciscel.

The Impact normally spotlights examples of urban progress – this wasn’t exactly that – but it points out that the Memphis deannexation experiment may have lessons for other cities who got too big on the hope that geographic growth would help the bottom line.

“Memphis is starting to question the economic logic that drove its sprawl,” the narrator said.  “Memphis is admitting its policy experiment did not work, so it’s starting a new one, one that other cities might also want to consider.  Memphis is on a diet.  The city is shrinking.”

The Impact describes itself as a weekly narrative podcast about the consequences that laws have on real people’s lives, hosted by Sarah Kliff.  Vox  podcast by Vox Media, the prestigious modern media company.

or you can hear it here: https://www.vox.com/the-impact

It’s hard to parachute into a city and get everything right.  The podcast erroneously said that the city funds schools as part of a South Cordova resident’s interview in which she complains about the city funding summer youth programs and not getting her garbage picked up.  It points out yet again how the average citizen does not understand the difference between dedicated funding sources and allocations from the general fund, and indicates the difficulty in educating citizens about their own government (we wondered if she provided the mistake about school funding).

That said, it’s an excellent podcast, because there’s always value in seeing ourselves as others see us, and to hear validation about the new policy to reduce land area in order to improve city services.

Prescription for City of Memphis Government: IT Innovation