We have no question about the good intentions that lie behind the push to give EDGE yet more power – this time the power to waive taxes for developers of apartments and hotels – but we have concerns that it’s being done without EDGE providing any research or data-based evidence to prove it’s smart public policy.

The reasons given for this additional authority is that it is necessary to increase density, fight blight, and grow the population of Memphis, but so far, there is a lack of proof connecting the strategy to the desired outcome.

We are unaware of any city that connects an increase in PILOTs for hotels and apartments to reaching these goals, although we are aware of projects where cities have provided incentives or even built apartments as part of a large-scale development like East Fourth Street in Cleveland.  Other cities have supported the construction of more apartments with changes to zoning laws and creation.

More to the point, the amendment pending in the Tennessee Legislature reads this way: “As introduced, (it) authorizes an industrial development corporation to acquire a hotel, motel, or apartment building for a project of the corporation located in Shelby County.”

The amendment’s words (and its introduction by suburban Shelby County legislators) suggest that this expansion of power is not limited to EDGE but granted to every Industrial Board in every town in Shelby County.  In this way, it seems to ignore the painful lessons of sprawl that have been conclusively proven.  It’s also hard to imagine that every developer will not ask for a tax freeze, even in areas where it is clear that a market now exists.

So far, EDGE has been silent on a key question: why it needs powers to issue tax freezes for apartments when three public agencies can already do that (two of them can also issue bonds and another one can provide tax freezes for hotels if they are within the boundaries of the Center City Revenue Finance Corporation which has major potential for increased density)?

The motivation of EDGE to duplicate and subsume the authority of these other organizations is a subject of energetic speculation fueled by the suspicion, as one person put it, that it is because EDGE has the “loosest slots in town.”

If the true purpose of the expanded power or EDGE is to fight blight and increase density, it would seem that the agency would establish target neighborhoods for these extraordinary incentives.   Memphis 3.0 refers to Memphis’ traditional “cone” of development that fans out from downtown to East Memphis and recommends incentives “to stabilize and invest in overlooked middle neighborhoods” like Jackson, Lamar, and Whitehaven that are “adjacent to market-driven development.”   In particular, the Memphis 3.0 market analysis calls for incentives for reoccupation of vacant homes and neighborhoods in target stabilization areas where there is currently a lack of new investment.

With that in mind, if there were density and blight strategies, they should be targeted for the area inside the 1970 city limits of Memphis, which lost 170,000 in population as Memphians were enticed outside the city by misguided public policies of local government.

That too should be the target area for population growth since after the middle class hollowed out in Memphis, the densities in many neighborhoods within the 1970 city limits are less than half of what they were, driving up the costs of public services and increasing the concentrated poverty in large parts of Memphis.

Population growth is often used as a proxy for a city’s overall economic health although there is considerable research that finds no connection between the growth of the population and the growth of the economy (many of them find just the opposite).

However, at this point in Memphis’ history, with many years of population growth here being births over deaths, more college-educated workers moving to Memphis could improve our ability to compete in an economy driven by technology and knowledge.  Of course, the ultimate task is to improve the skills of the workers we have now.

If Memphis sets population growth as a top priority, it would be instructive to engage local and national experts in the development of a broad, multi-dimensional plan to accomplish it, because population growth is not, at its essence, about apartments and hotels but about more better-paying jobs, stronger neighborhoods, a deeper entrepreneurial culture, better public transportation, and more.

Rather than let EDGE experiment with ideas that seem to emanate from the industries which most benefit from them, we should get serious about strategies that are anchored in the realities of population movement, assessments of what worked in other cities, the drivers that would stimulate more people to move into Memphis, and the investment required to get serious about them.

All in all, the lack of a fully formed, broadly supported economic development plan exacerbates the tendency to chase magic answers and silver bullets.  The plan developed in concert with Brookings Institution several years ago still has a website, but it’s been a long time since we’ve heard anyone refer to it, much less tie EDGE’s incentives to it.

Not The Results We Need

It’s worth remembering that 20 years ago, our economy was creating 10,000 jobs a year.  EDGE reports that it has created an average of about 2,060 a year since 2011 (and that includes the spurious number of “retained” jobs justified by deficient analytics).  Many of them, like jobs in hotels and apartments, are not high wage providers.

That’s not the only indication that our overreliance on tax freezes is not working.  As our community chases more ways to waive taxes, our economy remains sluggish when compared to the 50 largest metros in the U.S.

It seems that we are willing to be distracted by more and more PILOTs when the real need is an economic development plan that aims higher, isn’t built on low expectations, and calls on each of us to pay our fair share of taxes to support the quality public services that create the conditions for jobs growth.

Exhaustive research concludes that taxes are negligible in the final decision for business location decisions and they actually drain revenues from education, public safety, infrastructure, and quality of life that are the real factors in the competition for the kind of jobs that Memphis and Shelby County need.

Pivoting To A Plan

We are capable of cheerleading as much as anyone, and no one is more bullish about this community.  There is so much that is moving in the right direction and there is conspicuous momentum for the first time in almost 20 years.

The task now is to harness that energy and attitude and turn it to developing a plan for an economy that moves us from the bottom rungs of economic indicators.  It requires brutal honesty about where our economy is.  It also requires a sense of urgency that has been diverted while we delude ourselves into thinking that more and more tax freezes will get us into an economy defined by innovation-driven companies and technology.

It’s time to have a serious conversation with ourselves.  If we are willing to do the same things and watch our competitive position continue to lag, we need to admit that we are satisfied with this inertia as a fact of life for our community.

The truth is that in the decades-long history of tax freezes, PILOTs have not led Memphis and Shelby County to greater economic success, better-paying jobs, higher incomes, and reduced poverty.

We can do the same and expect different results, but you know what they say about that.

Study: Traffic Congestion No Drag On Economies And Jobs Growth 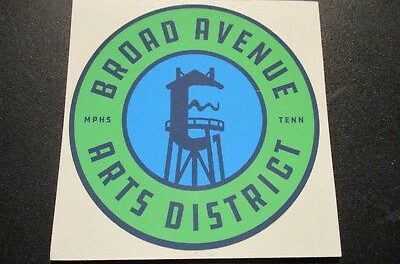