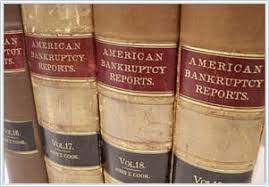 The Government Affairs Committee of Memphis City Council begins discussions today at 10:45 a.m. in the wake of ProPublica’s article labeling Memphis “the bankruptcy capital of the U.S.”  Government Affairs Committee Chairman Kemp Conrad and MLGW Committee Councilwoman Patrice Robinson are calling for solutions to the problem by an “interdisciplinary panel of experts to discuss the issue of intergenerational and systemic poverty in Memphis.”

In particular, the Council members are disturbed by the fact that approximately 50% of Memphians who filed Chapter 13 bankruptcy in 2015 had already filed within the past five years, and rather than focus on the symptom, they are targeting interventions for the underlying problem of intractable poverty with an emphasis on housing, utilities, and public transit. If you are filing for bankruptcy then visit blclawcenter.com/, to get in contact with a bankruptcy lawyer.

“I have been working hard on some exciting initiatives we will soon announce around child wellbeing. To think about the number of children trapped in poverty because their parents in turn are trapped in a cycle of bankruptcy, it should be unacceptable to all Memphians,” said Chairman Kemp Conrad. “When I read that half of those Memphians filing for Chapter 13 bankruptcy in 2015 had already filed in the past five years, I knew we had to act. I’m excited to be partnering with Councilwoman Robinson to bring this to the attention of my committee and the citizens of Memphis.”

Councilwoman Robinson added: “My time so far on the Council has been motivated by identifying those lowest hanging fruits in the fight against poverty and inequality in Memphis. Last year, that drive led me to focus on home weatherization for the poor and elderly. When this bankruptcy issue came to my attention, I immediately wanted to make it my next priority. We’re going to act, quickly and decisively.”

As Memphis approaches the 50th anniversary of the murder of Dr. Martin Luther King Jr., it is hard to think of a more relevant topic.  As the Council members begin these important discussions, we are grateful for their  following blog post:

By Kemp Conrad and Patrice Robinson

“[Novasha] Miller’s spiral downward began in late 2014, when she and her sons moved into a $545-per-month apartment in Highland Meadows.… Miller soon realized she’d made a mistake by signing the lease. Roaches emerged…mold was spreading that seemed to aggravate her 10-year-old son’s asthma. The stove broke; then bedbugs arrived, leaving telltale marks up and down her and her boys’ arms.”

One month ago today, ProPublica published a piece entitled “How the Bankruptcy System is Failing Black Americans”. Memphis, as the “bankruptcy capital of the U.S.”, is featured prominently, told in part through the story of Novasha Miller and her boys as she falls into Chapter 13 bankruptcy. How did they get there? Why has the City—and our system—failed them? Why have we failed them? Most importantly, where do we go from here?

These are the question that we have been asking ever since reading that report, and during this Tuesday’s Government Affairs Committee, we started asking those questions of our fellow councilmembers and fellow citizens. Over the next several months, through a host of targeted public policy interventions focused on the specific issue of bankruptcy as seen in Novasha’s story, the specific issue of early childhood as seen in her sons, and the wholistic view of systemic and entrenched poverty in the City of Memphis.

This last, big picture view is especially important for two reasons. First, of course, to truly change Memphis’ course, it will take an intentional redesign with a view of the entire system. Secondly, and relatedly, it was this systemic view that Martin Luther King Jr. had when he came to Memphis in spring of 1968 for the Poor People’s Campaign and the striking sanitation workers. As we approach MLK50, it’s long past due that we took up his legacy of a systemic approach to our City’s poverty.

This is unacceptable, and we plan to act. We are still exploring the possible options, but our key take-away from the article was that there’s only about $1,000 up-front standing between someone stuck in Chapter 13 and someone getting into Chapter 7. What if the City could partner with a private non-profit to run a micro-loan fund that helps poor Memphians bridge that gap and still pay it back—all the while building credit, just like in Chapter 13—but paying interest rates set by a non-profit with only the citizens best interests at heart?

Zooming out, how did Novasha even get into bankruptcy, what is the impact on her clearly blameless children, and what can we do about it?

– Substandard Housing: Rampant throughout the City—and particularly in Whitehaven, where Novasha resided—are single- and multi-family rental units in deplorable condition, often owned by absentee landlords with no stake in their residents or Memphis itself. Together, we are working with the Blight Elimination Steering Committee to soon introduce legislation to address Chronic Nuisance Properties, the need to mandate local property managers, and an overhaul of the City’s outdated Property Maintenance Code. This is on top of the work that Councilwoman Robinson has done over the past year to increase funding for low-income home weatherization and to support the Green and Healthy Homes Initiative.

– Utilities: As Chairwoman of the MLGW Committee, Councilwoman Robinson plans to dig into the issue of cutoffs and utility debt in her committee over the coming months. Last year, MLGW cut off customers’ electricity for nonpayment 98,000 times, and the system only has a little more than 300k residential customers

– Transit: One of the primary reasons folks reasonably choose Chapter 13 is to hold on to their cars. But why do they need those vehicles so desperately? We’re going to lead the way—through the Memphis 3.0 process—to reinvest in MATA. On top of that, for those who still want and need vehicles, thousands lose their licenses to court fees and unnecessary suspensions: in his role as Chair of Government Affairs, Councilman Conrad will be leading our newly hired lobbyists to reform this criminal justice consequence gone wrong.

– Education & Early Childhood: Councilman Conrad has been focused this year on how the City can impact our youngest citizens in a meaningful way. Expect legislation soon.

Whether we’re just focused on bankruptcy or zooming out to the big picture, these are big and complicated issues, but they’re critical and necessary to face. Today, we start the conversation. Between now and April, and long after, we will act—join us.