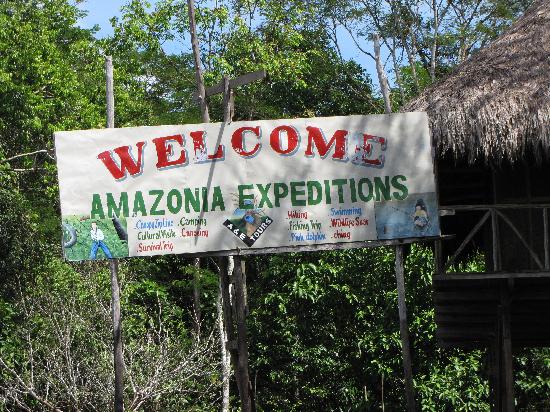 We can identify with Memphis Mayor Jim Strickland and the Greater Memphis Chamber when it comes to Amazon’s $5 billion competition.  It’s the same way we felt when the Powerball got over $600 million – faced with the equivalent of getting hit by lightning, we bought lottery tickets.

The Amazon HQ2 project is the city version of the lottery.  It’s the windfall that can transform a city like Memphis, and if that were only a criterion on the online giant’s wish list, we’d be in pretty good shape.

Of course, it isn’t, and at a time when we seem to come up with a sports metaphor for every occasion, we can’t come up with one that could accurately represent the kind of upset that it would be if Memphis won the game for Amazon’s billion dollar prize.

That said, there’s absolutely no chance of winning if you don’t play.  So good for local leaders in joining a competition that will include every major city in the U.S. and then some.

Remember when the Olympic Committee sent former Mayor A C Wharton a letter inviting Memphis to submit an application for the athletic competitions.  It of course included the baseline that any city would have to meet – 45,000 hotel rooms, an Olympic village sleeping 15,000, effective public transportation, an airport that can handle thousands of international visitors, and an operations center for 15,000 journalists – and these requirements immediately eliminated Memphis.

To all of us who see the glass half full, Amazon did not set out requirements so concrete that Memphis should eliminate itself.  Perhaps, the company will follow the advice of a New York Times columnist and choose a city that would be good for the nation, meaning that it doesn’t select one of the usual suspects and instead, it picks a city where the 50,000 employees and massive campus could increase the “diversification” of opportunity for the U.S.

The writer suggested this would include Atlanta, Raleigh, Nashville, Richmond, Kansas City, and Jacksonville.  Frankly, if Richmond and Jacksonville make it on the list, there’s no reason Memphis shouldn’t be on it too.

That’s not saying that Amazon’s wish list is not daunting for Memphis.  In its proposal, Amazon said it’s looking for a metro area with more than 1 million people with an international airport, mass transit, quality higher education, an educated workforce, and a solid business climate.

After evaluating these requirements, CNBC’s list of expected finalists would essentially mean that the rich getting richer.  In the list of about 50 cities, including those in Mexico and Canada, the also ran cities, according to the business TV channel, bunch Memphis, Nashville, Birmingham, and St. Louis together as cities with low odds. 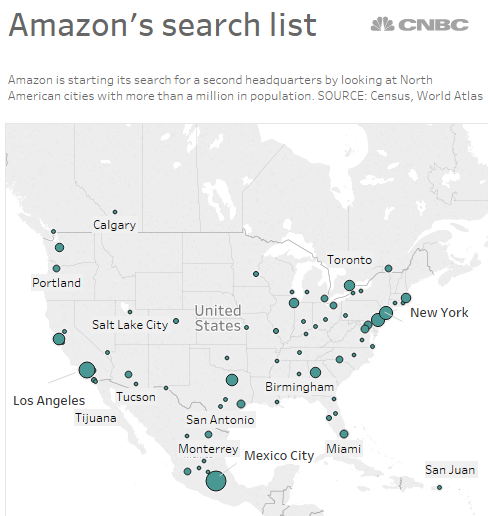 When asked by a media reporter about the Amazon prospects in the wake of the company’s announcement, I defaulted to the same concern as everyone else: our MSA’s biggest hurdle is its percentage of the population with four-year college degrees.

Some business writers have suggested that Amazon will concentrate its attention on the top 20 metros with the highest percentage of college-educated population.  Detroit MSA is ranked 21st and Charlotte is 22nd.  Then too, Dallas and Houston rank lower, but can overwhelm that rating with a workforce so huge that it can hide a lot of issues.

In Atlanta MSA, 34.5% of its population has college degrees, just barely above Chicago MSA with 34.2%.  The Nashville MSA is down the list with 30.6% of its metro population with college degrees and farther down was the Memphis MSA at 26.5%

A Scope Hard To Grasp

It is tempting to say that 50,000 new jobs paying an average of $100,000 would mean that Memphis would have no serious problem attracting workers to the city, but it’s hard to disregard some of the problems FedEx has encountered over the years.  Regardless, with millennials continuing to be highly mobile, surely Amazon would be a powerful magnet drawing them to Memphis (the recent Time magazine article is often cited to prove the city is doing well – it ranked Memphis is #4 in attracting millennials but it clumsily equated the young people already living in Memphis and aging into the millennial demographic as people who had moved here).

So, exactly where does eight million square feet in new office space make sense?  Those of us who are inveterate downtown cheerleaders point immediately to Servicemaster choosing the urban environment that Amazon claims to revere.  After all, in Seattle, 20% of its workers walk to their jobs and 55% use a form of transportation other than a private car.  Its $4 billion new headquarters building in downtown Seattle even includes a 65,000 square foot park with 3,000 species of plants.

That said, it’s hard to grasp the size of this project:  the space needed by Amazon is 24.5 times greater than the space being renovated downtown for Servicemaster and the number of employees is greater by a factor of 42.  If Amazon did in fact move downtown and construction its second headquarters, it would triple the amount of space downtown, but with a 24% vacancy rate, there’s plenty of property for the kind of projects it’s undertaken in Seattle.

Another potential site is the long-maligned and moribund aerotropolis where it would be easy to assemble the land and create a campus similar to the FedEx World Headquarters as an option for Amazon.  The vacancy rate in the airport area is just under 50% which indicates to us that almost every land owner there would be agreeable to a sale.

Making The Most Of It

Back to our glass half full approach, even if Memphis does not ultimately prevail with its high stakes gamble, the exercise has value in focusing our efforts, bringing together all sectors of the community in preparing our best offer, defining how much we are willing to commit to projects of similar size, and equally important, figuring out the best case to make for extolling our assets to prove it is in the company’s best interest to select Memphis.

Come to think of it, if the Memphis bid is unsuccessful, it could be reasonable for the Memphis 3.0 comprehensive plan to set its over-arching objective as creating a city with the competitive advantages that are now considered basic in meeting the demands for companies like Amazon, companies that value urban environments with, at the least, better public transit and an educated workforce, and laying out the kind of building blocks on which prosperity and opportunity are built.

Maybe our experience in giving away tax dollars will be a plus in this recruitment, because it surely will result in one of the biggest bidding wars in U.S. history.  After all, since 2000, the company has managed to get $1.1 billion in incentives.

It is likely to make that tax cut battle for Boeing look quaint by the time it is over.  In 2013, the state of Washington offered $8.7 billion to the aerospace giant in return for building a new aircraft there while a decade earlier, Chicago won the company’s headquarters by paying $63 million for 500 jobs.

Getting Something Out Of It

Here, our proposal should also include about $50 million for an MATA upgrade into a quality public transit system.  In this way, this exercise could be a way for Memphis to put together a package of investments that are long overdue.

What if our overriding objective for this proposal to Amazon was first and foremost, not only to create a plan to compete, but in the event we come up short, it is a plan for the public investments that need to be made for Memphis to be more competitive – and livable.

In this way, we could leverage this competition to move from talking points to an actionable plan for a better future as judged by prosperity and opportunity.

All that said, as for Amazon itself, we say again: you can’t win if you don’t play the game.

Meanwhile, The New York Times predicts Denver as it eliminates cities based on its analysis of Amazon’s criteria. 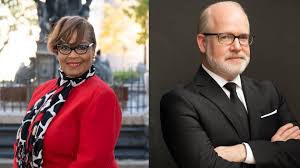