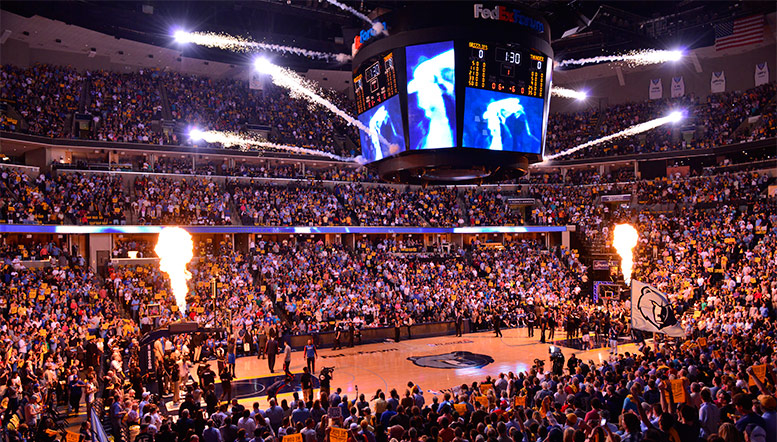 Graceland officials say that their new proposed 6,000-seat arena will not pull events and concerts away from FedExForum, but that only hints at the biggest question of all: does the new arena threaten Memphis and Shelby County’s non-compete agreement with the Grizzlies-operated arena?

It is in neither local government’s advantage if the Graceland arena becomes a competitor to the FedExForum.  We learned that lesson when the renegade board of the Mid-South Coliseum went head-to-head with The Pyramid after it opened in 1991.  It drove down the rental rates and drove up city and county government’s operating subsidy to the new arena to around $1.5 million a year.

The good news is that the Grizzlies pay the operating deficit for FedExForum and you can credit that to the non-compete agreement.  As a result, Memphis and Shelby County taxpayers were not required to pay what was estimated at the time to be a deficit of approximately $4-5 million a year.

At the time, Nashville’s metro government was paying the operating deficit for its National Hockey League team, and today, the NHL’s Predators receive about $8 million per year in subsidies and incentives to operate the city-owned Bridgestone Arena.  The Grizzlies get nothing.

In other words, anything that would threaten the non-compete agreement could open up new negotiations with the Grizzlies and if that takes place, it’s hard not to think that the team would be in the driver’s seat.  After all, when the operating agreement for the FedExForum was signed, the team was homeless, and although most sports pundits said that a small market like Memphis could never get the team to pay the arena’s operating deficit, local government officials were able to negotiate an agreement that required them to do precisely that.

The noncompete agreement gives the FedExForum priority rights to concerts and events in Memphis, because it was in the public interest for the team to maximize its revenues.  In the long term, it was one of the best deals city and county taxpayers have ever had.

The noncompete agreement also said that local government would not help build another arena that would be compete with FedExForum.

All of us love Graceland and want desperately for it to be the kind of success that can be the incentive to sparking new economic development in Whitehaven, a part of the city whose future we should all be fighting for.  We just hope that the powers-that-be are careful that nothing being done in the way of public incentives for the Graceland arena puts the existing agreement at risk or gives the Grizzlies an opening to renegotiate the contract.

By the way, in addition to the Grizzlies being required to pay the operating deficit, the pundits also predicted that the Grizzlies would only stay in Memphis for a few years and they would relocate as soon as they could.  And yet, the contract with the Grizzlies locked the team to play in Memphis for 17-20 years and if the team leaves before the arena’s bonds are paid off in roughly 15 years, the team will be pay the balance of the bond debt.

The following is my City Journal column in Memphis magazine from June 1, 2015:

In 2001 it seemed improbable that the Grizzlies would ever come to Memphis.

In return for the team to pay operating losses, city and county governments agreed to the now infamous non-compete clause that gave the Grizzlies priority in booking concerts and other performances in Memphis.

I t’s difficult, taking into account the shapeshifting that now transforms the Memphis persona for about half of each year, to remember how improbable it looked in 2001 that the Grizzlies would ever come here.

The Clock Winds Down

There was the push by Heidi Shafer, self-described stay-at-home mom and now Shelby County commissioner, to force a referendum on the $250 million bond issue to pay for Pyramid upgrades so the team could play there for three years and pay for construction of a new arena.

There was the lawsuit by local attorney Duncan Ragsdale — who famously described the litigation as almost as exciting as Vietnam — charging that the new arena was being built to benefit private business, and the ruling by Chancellor Walter Evans agreeing with him, until it was reversed by a scolding Tennessee Court of Appeals.

There were the narrowest of votes by Shelby County commissioners to keep the dream alive. Eventually, a scientific poll showing that a majority of the public supported the project and a University of Memphis report concluding that the team created new economic activity were the winning shots as the clock was running down.

But all of that was merely public theater compared to the weeks-long drama taking place in the boardroom of Storage USA. There, contentious negotiations were playing out between local government officials and the attorney for Grizzlies owner Michael Heisley. Although Heisley was anxious to move his team from Vancouver, Canada, he was doing his best to wring out everything he wanted by pitting Memphis against Charlotte in the sweepstakes for his team.

Although it was clear that the Grizzlies could be a salve for the deep wounds to the civic ego caused by repeated National Football League rebuffs, negotiations were anything but a slam dunk. On three occasions, negotiators walked away from the table, and government officials packed up their briefcases and called it a loss.

Often overlooked today is that, ultimately, it was city and county governments that got the “W,” defying predictions that a small market city could ever get the unprecedented concessions it wanted from an NBA team: an agreement for it to pay all operating deficits for its new arena and to agree to stay for about 20 years (or to pay the rough equivalent of the balance on the bonds if the team broke the contract).

After 14 years, every fan has a memory of their favorite wins by the Grizzlies, but negotiators believe the biggest wins were the ones earned before the team ever took the court.