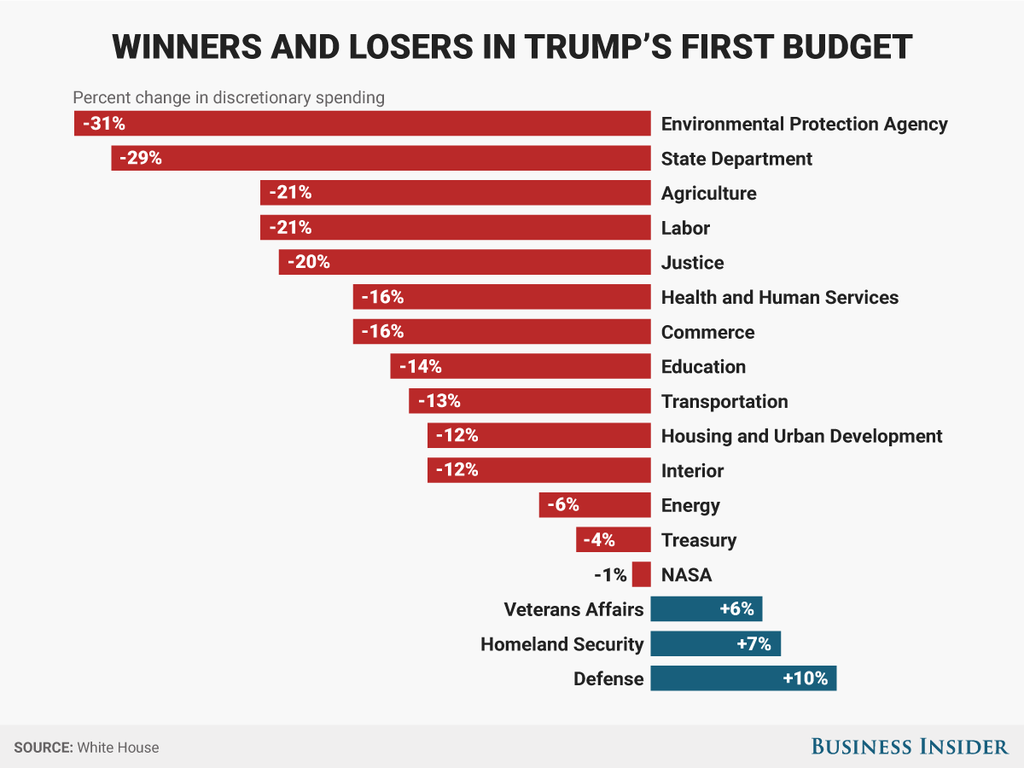 While much of our attention is diverted by President Donald Trump’s controversy du jour, it’s easy to be distracted from the damage that would be done to cities by his Administration from its proposed budget.

It was largely predictable.

After all, the man in charge of environmental protection is a climate change denier, the man in charge of public housing says it should not be comfortable and poverty is a state of mind, the woman in charge of family planning programs doesn’t believe contraception works, his energy pick is devoted to oil, the interior secretary thinks we have too much public land, the education head supports vouchers and opposes most things supportive of public education, the person heading up labor relations is against a minimum wage increase, the head financial planner wants to transfer $2 trillion to the richest Americans by cutting health care to the poorest, the architect of the health care system is comfortable with 23 million Americans being without insurance, a voter fraud commission is larded with extremists with connections to hate groups, the head of the FCC wants to end net neutrality, and so it goes.

The Contradiction Between Word and Deed

In his dark inauguration speech, Mr. Trump promised that with him at the helm, the people will be taking back their government.  And yet, in these appointments, there is no respecter of what the public wants.

After all, more than 75% of the public supports minimum wage increases, two-thirds want climate scientists to have a major role in policy-making, a majority favors bans on assault weapons and a vast majority favors background checks on all gun sales, almost 60% believe abortion should be legal in most cases, 60% say the government should provide health care for all Americans, almost 70% agree that taxes on the wealthiest Americans should be increased, most Americans don’t believe there was massive voter fraud, and 60% of Americans oppose the wall on the Mexican border and almost as many oppose the travel ban.

And so it goes.

Faced with persuasive public opinion to the contrary, they put their personal dogma first.

Meanwhile, the president has issued 32 executive orders in his first 100 days after roundly criticizing President Barack Obama for averaging that number in a year (contrary to alt-right propaganda, President Obama had lowest yearly average for any president in 120 years).

But we say all this as merely context.

While many of the policies from this new administration fall heavily on cities like Memphis, the Sessions’ reboot of the drug war, his abandonment of a movement pressing for a criminal justice system focused on results rather than revenge and his fueling of mass incarceration to feed the prison-industrial complex and private prison operators.

All of this made it difficult to listen to Mr. Sessions’ gratuitous comments in Memphis last week. His “get tough” rhetoric suggested that the federal government actually has a profound impact on local crime rates while conveniently ignoring the fact that the realities of the Trump budget proposal can only exacerbate the seedbeds for crime.  In truth, crime is more affected by the policies developed here in Memphis and Shelby County than the attorney general’s, but proposed budget cuts strike at the heart of the city-building, poverty-fighting, and economy-reviving agenda for Memphis.

With one of the highest incarceration rates for any region in the U.S., Mr. Sessions’ throwback policies promise even higher numbers as interventions and prevention are diminished in favor of his emphasis on a new war on drugs and his lack of interest in enforcement discretion or anything less than the maximum charges for every arrest.  (He’s already reversed the Obama Administration’s guidelines to temper the harshest sentences for low-level drug offenses.)

His over-zealous, prosecutor as the center of the criminal justice universe and his “I know best” attitude are already turning the growing bipartisan consensus in favor of criminal justice reform into a distant memory.  Just 18 months ago, we were optimistic that the movement would address the mass incarceration that was becoming too costly in terms of tax dollars and the toll on families and communities, not to mention the fact that research was raising questions about the wisdom of blind “lock ‘em up and throw away the key” policies, inspiring reform of mandatory sentencing, and renewing the emphasis of reentry programs.

It was a promising time now reversed by a man who once proposed that a second offense marijuana trafficking should be a capital offense.  Motivated by a bleak vision of urban America as a place overrun by drug-fueled criminals and populated by people whose poor life choices are responsible for their lack of options, Mr. Sessions’ prosecutorial view lacks compassion and reason.

As a U.S. senator, Mr. Sessions was able to stall the criminal reform momentum, but as attorney general, he will work diligently to derail it once and for all.  Such a crackdown serves another political objective of his: it also depresses the African American vote.  Already, a third of African American men cannot vote, primarily because of charges related to the War on Drugs.

It’s worth remembering that African Americans are four to five times more likely to be convicted of drug possession although whites and blacks use drugs at similar rates.  The majority of people taking drugs and dealing drugs nationally are white, but three-fourths of all people in prison for drug offenses are Latinos and African Americans.

Attacks From All Sides

It also speaks to how much easier it is to arrest urban kids than well-to-do suburban kids and the arrest rates matter when cities file applications for federal grants, and they’ll certainly matter when applying to an administration that already has a stark vision of cities like ours.  In other words, look for more Memphians to be arrested and for the financial and social costs to climb and for the federal government to emphasize this approach.

If the Sessions philosophy was not bad enough, Memphis will be hit from all sides if the Trump budget is passed.  That’s because the budget proposal would produce massive cuts in basic assistance for people with low or modest incomes (not even considering the devastating effect of Trumpcare).

The budget proposes cuts of $800 billion over 10 years in basic support programs like food stamps, Supplementary Security income for poor people who are elderly or have disabilities, and child nutrition programs.  Those cuts are on top of the $800 billion in Medicaid cuts in the House health bill which are largely being made to support tax breaks benefiting the wealthiest Americans.   Proponents of the Medicaid cuts argue that the fact that it is growing faster than the GDP is an indication that it is out of control, but what they don’t mention is that this is because the population is aging.

At the same time, the budget calls for food stamps to be reduced by $193 billion over 10 years, shifting costs to states like Tennessee which are ill-prepared to pick up the slack.  This benefit, contrary to conventional wisdom, amounts to a grand total of $1.40 per person per meal and fraud is rare.  But the budget would also reduce the food stamp program by making its already stiff requirements even stiffer.

Cutting Up The Safety Net

This program is especially critical in Memphis, where low-wage jobs are over-represented as a percentage of the workforce.  Nationally, six of the 20 biggest occupations in 2016 had median wages around poverty level for a family of three and eight of the 10 jobs expected to grow over the next decade will pay poorly.  This is not a trend line that does Memphis any good.

As for food stamps, the problem is not the number of people getting them.  It is poverty, the poor-paying jobs, and the fading prospects for the future that are the problems.

The question remains about how we to address them.  The Trump budget makes that even harder.  There are cuts galore that attack Memphians.  Most importantly to City of Memphis, as we wrote previously, the budget’s call for elimination of the Community Development Block Grant (CDBG) program would deprive Memphis of a major source of money for neighborhood revitalization (just see list of projects funded by CDBG grants as proof).

The budget recommends cutting the Children’s Health Insurance Program (CHIP) by $6 billion.  It covers about eight million children from low-income families and the changes are likely to result in an increase in uninsured children.

In addition, other programs important to Memphis like the Choice Neighborhoods program would be eliminated along with Community Services Block Grant, Low Income Home Energy Assistance Program, and the HOME Investment Partnership Program.

Add to that the Comprehensive Literacy Development grants, National Infrastructure Investments (TIGER) grants (one of which funded the Main to Main Project that added pedestrian and bike trail on the Hanrahan Bridge), Energy Star and Voluntary Climate Programs, Teacher Quality Partnership, and the Economic Development Administration.

There is the elimination of a loan forgiveness program for graduates who choose public service and eliminate the Corporation for National and Community Service and with it, AmeriCorps, Senior Corps and Vista, the latter of which has workers programs that are even today working in places like City of Memphis and Leadership Memphis.  Also shut down, according to the budget, would be the Delta Regional Authority.

Trump’s budget, titled “A New Foundation for American Greatness,” slashes spending in almost every department except defense, including programs with clear ROIs for creating opportunity and supporting cities.  It is difficult to imagine how there is supposed to be a great America if its cities are not.

The budget at this point is the product of a convergence of fuzzy math (it counts $2 trillion twice) and voodoo economics (it is built on the shaky premise of 3% growth).

Thankfully, while the bill in its present form has no chance of passing, it still becomes a starting point and frames up Congressional deliberations.

That alone is reason enough to worry. 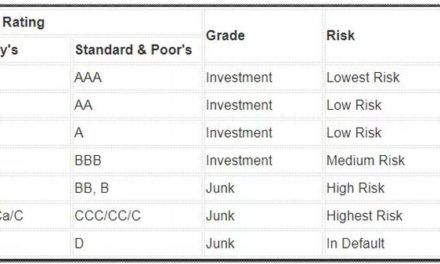