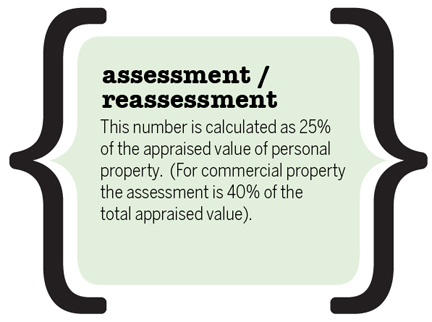 This post is written by Jimmie Covington, veteran Memphis reporter with lengthy experience covering governmental, school, and demographic issues. He is a contributing writer with The Best Times, a monthly news magazine for active people 50 and older, where this initially appeared.

Shelby County’s 2017 reappraisal notices, which started going out to property owners last month, show an increase in many home values compared to four years ago, officials say.
The goal of the reappraisals–conducted every four years under state law–is to provide fairness in the local property tax system as the property values and the real estate market change, said county Property Assessor Cheyenne Johnson.
The 2013 reappraisal reflected reduced property values, particularly lower residential values that stemmed from the housing bust and economic recession that began in 2008.
Although county and municipal property tax rates will be adjusted downward at budget time this spring and early summer under Tennessee’s truth in taxation law, it is likely that a significant number of homeowners across the county will face tax increases wherever the rates are set.
The tax rate adjustments are designed to keep the overall revenue the governments receive at the same level as last year unless the governmental bodies tell taxpayers that they are increasing taxes overall.
The purpose of a reappraisal is to seek to have each property owner pay his or her fair share compared to all the other taxpayers.  In every reappraisal, some people wind up paying higher taxes,  some people pay the same as the previous year and some pay lower taxes.
No local officials at this point have announced any plans for a property tax increase this year. That being the case, all current tax rates will be reduced. Thus, property owners who apply the current rate to the increased assessed values they receive will come up with a higher figure than they will pay in taxes this year.
Unless the appraised values of commercial and industrial properties increase at a rate at least equal to that of residential properties, some of the overall tax load this year will shift from the commercial properties to homes.
In 2013, commercial values did not drop as much as residential values which resulted in a greater share of taxes moving to commercial properties in that cycle.
Even with increased tax rates that the governments adopted in 2013 to maintain their revenue levels, up to two-thirds of homeowners received property tax cuts that year as a result of their lower home values. Most of those cuts continued through last year, a four-year span.
Many members of the City Council and County Commission through the years have had difficulty understanding reappraisals.  Also this year, both bodies have several members who have not been through reappraisals before.
In every reappraisal year, local governments must identify a certified tax rate that will bring in the same amount of revenue as the previous year plus new revenue from new development and construction.
For information purposes, homeowners who receive notices of increased appraisals may wish to calculate what certified rate would be needed for them to keep paying the same taxes as last year.
Here is an example using the Shelby County tax rate:
The appraised value is divided by 400 because residential property is assessed at 25 percent and the tax rate is applied to each $100 of assessed value. (If the assessed value figure is used, that figure is divided by 100.)
The home has been valued at $170,000 for tax purposes in past years. At the $4.37 county property tax rate, the taxes on the home last year were $1,857.25.
The reappraisal shows an increase to $190,000, an 11.8 percent increase.
What tax rate would be required for the homeowner to pay the same taxes as last year? The answer is $3.91 for each $100 of assessed valuation.
Here is how the figures were calculated, with last year’s taxes listed first:
The $4.37 rate multiplied by ($170,000 divided by 400) equals $1,857.25.
Unknown rate multiplied by ($190,000 divided by 400) equals $1,857.25.
Doing the math: $190,000 divided by 400 equals 475. Then divide $1,857.25 by 475, which equals $3.91.
The property owner in the example can keep an eye on what certified tax rate is set. If it is higher than $3.91, he or she will have a tax increase. If it is lower than $3.91, he or she will have a tax cut.
The same calculations may be made using any of the local government tax rates in the county.
Once identifying a certified tax rate, which may include an appeal allowance to offset the effects of expected appeals, and getting it approved at the state level, a government may adopt a higher rate after a public hearing.
The assessor’s office is encouraging property owners who disagree with the new values they receive to contact the office and request an informal review. These requests may be made by calling 222-7001,  filing online or making a visit to the assessor’s east office at 1075 Mullins Station Road, building E1. The downtown office is being relocated.
If the property owner is still dissatisfied after the review finding, he or she may file an appeal later with the county Board of Equalization.

Moving Past Denial About Our Shrinking City