Getting On Track For Better Jobs

Memphis and Shelby County have for decades relentlessly chased warehouse and distribution jobs – even waiving tens of millions of dollars in city and county taxes in the process – but because we operate on the theory that any job is a good job, we never seem to make the transition to high-value logistics or to sticky distribution in which the value doesn’t just move through here but remains here.

While touting our “world-class” logistics infrastructure, we failed to leverage our freight assets in order to put cargo-oriented development (COD) firmly on the local agenda.

Meanwhile, warehouses use part-time workers as ways to avoid providing health insurance and benefits, and this takes place in an industry already characterized by low-wage jobs.

We once had a conversation with a state probation officer who was verifying employment for a recently released offender, and the discussion turned to warehouse work for her probationers.  She said she prefers for those under her responsibility to get jobs at McDonald’s, because there at least, there was the hope for advancement and benefits.

It said volumes about the warehousing and distribution industry.

Here are the unpleasant facts about warehouse workers:

* A majority of them are working as temporary employees and as a result, they often lack basic benefits like paid sick days, paid vacation days, or health insurance.

* A significant percentage of them are making poverty-level wages and rely on government assistance to make ends meet for their families (which means that taxpayers are in effect subsidizing the employers).

* Some have been working as temps for more than a year.

Leading the Nation In Temps

While some economists point to temp jobs as signs that the economy is recovering, here, they often aren’t the ladder to fulltime jobs as much as they are dead ends with average earnings of about $23,000.  In only one other MSA in the entire U.S. do temp workers have lower total earnings.

More and more research indicates the use of temporary labor as widespread in warehouses.  While temp service agencies cover a small proportion of national employers, they are concentrated in industries like warehousing, and the reasons aren’t linked to the need to hire for seasonable needs.

Often, temp workers are hired to avoid paying worker’s compensation, to create a barrier to unionization, and to create competition between staffing agencies that decrease labor costs.  In addition, the subcontracting and outsourcing of operations in logistics to third parties makes it difficult for some employees to even know who they work for.

With one of the largest sectors in the country for warehousing and distribution, the ramifications from the reliance on temporary workers ripples through the entire local economy, and not in a good way. 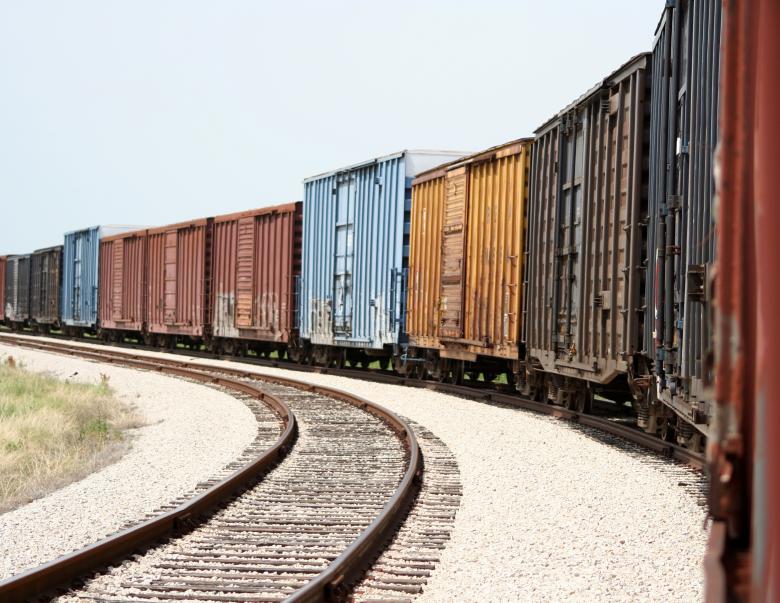 Back to cargo-oriented development, Memphis has a rich opportunity to stimulate related development around intermodal operations, according to the Center for Neighborhood Technology (CNT), one of the nation’s leading and smartest thinkers on these kinds of issues, It’s a concept with multiple benefits: more traffic shifts from least energy efficient (truck and air) to most efficient (water and rail); fuel consumption and carbon emissions decrease; vacant industrial land is reused for logistics and warehousing activity, and good jobs are created where the workforce can access them.

CNT describes COD as a way that freight industry investments and public economic development initiatives can be usefully linked in a form of development that “integrates freight system efficiency with the development of manufacturing and logistics businesses in ways that drive local economic growth, reduce poverty, improve the environment, and promote public safety.”  CNT proposed metrics to measure progress and recommended detailed ways of “facilitating a substantial freight mode shift.”

As part of its analysis of cargo-oriented development in its report, Creating Sustainable Economic Opportunity through Cargo-Oriented Development, CNT prepared a case study focused on the Memphis region and proposed that COD could be a significant part of the solution to the region’s large disparity in per capita income.

Since 1998, the Memphis MSA has seen major investments in intermodal freight capacity by Canadian National, CSX, BNSF, Norfolk Southern, and Union Pacific with a maximum capacity of more than two million containers.

Making The Most Of Rail Assets

When Union Pacific and Norfolk Southern relocated from City of Memphis, “they gained operating space and removed some negative environmental impacts from city neighborhoods, but left behind the city’s workforce,” the CNT study said.  “…Therefore, many Memphis workers must rely on public transit for their commute and public transportation from the city to distant employment centers is virtually infeasible. The job creation of Rossville and the Gateway Global Logistics Center is largely in the future, but already a major manufacturer has closed its distribution center in the City of Memphis to open in the Gateway Center and another large city manufacturer is considered a similar relocation.”

The study spotlighted the potential of the BNSF Railroad, which consolidated several smaller properties to form its present 185-acre terminal in southeast Memphis.  There are more than 53,000 jobs within a three-mile radius of BNSF with more than 20% in manufacturing, wholesale trade, transportation, or warehousing.

“In less than half the space of its largest competitors, BNSF operates the highest capacity terminal in the Memphis area,” said the CNT report.  “Access could be improved with moderate public investments to public transit and road maintenance.  Precisely because the southeast Memphis job center is crucial to the city and the region, the fact that much new job growth is occurring on the urban fringe is of concern.”

CNT wrote in its report, Freight Train to Community Prosperity, said: “Location-efficient places have impact on retention and creation of jobs in manufacturing as well as logistics and distribution businesses.  Greenfield terminals are in some respects well-suited to a one-way economy built for major retailers to distribute imported goods from a primary distribution center near the new terminal to smaller distribution centers within a 500-mile radius.  But they are poorly positioned to provide many of the benefits of COD, including service to more centrally located manufacturers and potential exporters, jobs accessible to low-income community residents, the renewal of existing infrastructure, and public revenues for mature communities,”

Job accessibility is particularly problematic for the Union Pacific terminal in Rossville, 21.44 miles from manufacturing jobs in the region and Marion, 23.96 miles from manufacturing jobs in the region.  “For example, in the regions of Chicago, Memphis, and Columbus, OH, terminals in exurban locations are twice as far from the majority of manufacturing jobs as terminals in the central city or first-tier suburbs.  Exurban terminals and linked industrial parks also require long communities by car for most workers, which pose serious obstacles to employment for aspiring workers from lower-income communities in inner cities or first-ring suburbs,” the report said.

“Developers and railroads commonly assume that they must choose exurban locations in order to assemble the land required for new intermodal facilities and co-located businesses, and in the absence of effective public sector support, these assumptions are often correct.  However, in well-planned COD projects, public initiatives can assemble large blocks of previously used industrial, clean up brownfields, and upgrade connecting infrastructure to deliver sites to the market on terms that are competitive with greenfield…However, in the large majority of U.S. metropolitan areas, not-for-profit economic development corporations – formed through the cooperative efforts of local governments and civic leadership – perform the type of project-by-project land assembly, brownfield cleanup, and clearance work that is required to create shovel-ready sites in older industrial districts.”

In conversations with CNT head, Scott Bernstein, we are told that the BSNF yard is close to state-of-the-art in efficiency and has the capacity to handle 1.2 million containers a year, which means there are somewhat fewer jobs in equipment, container, and material handling, but many more opportunities in logistics and manufacturing.

CNT has led workforce development in this area, building ladders to higher wages to address the dead ends as a result of little opportunity.  Training and certification are a good pathway, but there’s a lack of training capacity, partly a legacy of giving the community college system a pass and partly a lack of commitment to mimic best training practices and best practitioners who are often in less-known nonprofit settings.

Today, warehouses are largely redistributing inbound products, Mr. Bernstein said.  The large railroads no longer serve “less than carload” shipments in which small and medium manufacturing shipments are bundled to full carloads, causing them to rely instead on trucks or worse on aviation, resulting in very high shipping costs, leading to slow growth in manufacturing recovery.  This “less than carload” service created multi-tenant industrial parks starting in 1902, and without that service, today’s manufacturing is much more spatially diffuse and manufacturers “drive until you qualify” for “affordable” real estate, and in the process, expose themselves to the high costs of shipping and their employees to the high costs of commuting.

CNT is exploring a business model for bringing back “less than carload” service to anchor urban industrial revitalization.

All in all, CNT, under the ever innovative and smart leadership of Mr. Bernstein, has a plan to raise the bar for economic development so transportation logistics really pay off.  Too often, here, real estate development is treated as if it is economic development, and as a result, we believe the full potential for freight has not received the attention and the support it deserves.

At a time when Memphis MSA is a leader in the nation for temp jobs, lacks jobs that pay a living wage, and will be one of the regions last recovering from the Great Recession, cargo-oriented development deserves serious consideration.  More to the point, we have nothing to lose and the time for a discussion about value-added jobs with sticky benefits resulting from our rail assets is now.

The first step, it seems to us, is for someone to invite Mr. Bernstein back to Memphis to discuss the possibilities of COD here.  He knows Memphis well.  Not only was Memphis featured in CNT’s COD reports, but he was architect for the pioneering strategies for the Blueprint for Prosperity, the plan to reduce poverty by 10 points in 10 years.  Those strategies await implementation here, and maybe there would even be time to talk about how to jumpstart the Blueprint as well.