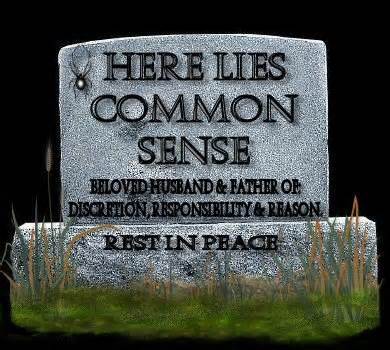 The most difficult task in the deannexation controversy for the City of Memphis is to find someone in the Tennessee Legislature who is reasonable enough to listen.

In the Tennessee General Assembly facts are merely distractions, doctrinaire drumbeating drowns out differing points of view, dog whistle politics are at a premium, and a divided Tennessee is the vehicle for personal political power.

In the wake of the Legislature’s passage of a deannexation bill without any rational sense of its impact, City of Memphis is learning frustrating lessons about the­­ careless disregard that passes for policy development in the General Assembly and the way that legislators parse Tennesseans through a “we versus they” lens – and unquestionably residents of Memphis are in the “they” group.

Most disturbing is how people who know better – like Senator Mark Norris and Rep. Mark White – take the path of least resistance and stand aside as more and more intrusions into the lives of Tennesseeans are passed by their churlish colleagues – like Reps. Curry Todd, Ron Lollar, and Steve McManus – who regularly play to the lowest common denominator and their narrowest political self-interest.

Just recently the General Assembly was named the most conservative legislature in the nation, and that in itself indicates how badly modern American conservatism has lost its way.  Today, what passes for conservative orthodoxy is nothing less than far right extremism.  Proof positive: our state legislature.

These days, what passes for conservative thought is far closer to Robert W. Welch and the John Birch Society than even Barry Goldwater, much less Ronald Reagan.  Mr. Goldwater was concerned about the religious rights intrusion into personal liberties, suggesting that “every good Christian should kick (Jerry) Falwell’s ass.”  Conservative principles for Mr. Reagan allowed tax increases, tripling of the national debt, an immigration bill, and more talk than action on divisive issues like abortion.

There was a time when William F. Buckley, the intellectual godfather of modern conservatism, denounced Ayn Rand, George Wallace, Robert W. Welch, anti-Semites, and racists (after some convoluted commentaries about the civil rights movement).  Today, Ms. Rand is treated as patron saint by some influential conservatives and the movement’s dalliances with racial and religious bigotry has come home to roost in the forms of Donald Trump and Ted Cruz.

Meanwhile, conservatism, as reflected in today’s extreme right rhetoric, is a stark detour from its roots.  Its founders’ mantra was limited government but recognizing that government is important.  Today, it’s about hating government, gutting its programs, and cutting taxes regardless of their impact.  As Grover Norquist of the anti-tax Americans for Tax Reform has said, the goal is to shrink the size of government until it can be “drowned in a bathtub.”

Trickling Down And Drowning The Budgets

The prevailing idea that government primarily exists for business rather than people has ushered in an era of vast inequality as tax policies shifted more and more to the top earners in the country while cutting programs for people in need.

Those same economic theories have produced state governments like those in Kansas and Louisiana that are faltering and failing.  Precipitous tax cuts have brought Louisiana to a fiscal abyss that forced a special session of the legislature to seek solutions for what was called “doomsday.”

Former Governor Bobby Jindal, in preening his credentials for a run for president, cut taxes precipitously, created new business subsidies that failed to deliver, used one-off sale of state assets to raise money, emptied trust funds, and gave $210 million more in credits and subsidies to corporations, leaving a $1 billion deficit this year that will double next year.

While cuts in oil prices aggravated the problem, it is widely agreed that Jindal’s financial mismanagement and right wing orthodoxy are the primary causes of the crisis.  Faced with the need for tax increases, Mr. Jindal put his presidential ambitions first and failed to address the looming financial storm, and as a result, Louisiana is facing the option of closing universities and schools, laying off social service providers whose workforce was already cut by Mr. Jindal, and pursuing other drastic remedies in the country’s second poorest state.

Getting Ride Of A Progressive Tax

It follows a similar financial disaster in Kansas as Governor Sam Brownback’s great right wing experiment to prove the power of supply-side economics collapsed as deep income tax cuts failed to produce the ramped-up economic returns he had predicted.  The one-time presidential hopeful’s plan left his state with a $600 million budget gap although economist Arthur Laffer’s projected revenues were off by $200 million.  Missouri added 6,600 jobs while Kansas lost 4,000.

Predictably, Mr. Laffer continues to say that lower taxes would spur investment, create jobs, and fill the state’s coffers as a result of faster growth, and despite research indicating that this seldom takes place, supply side economics remains an article of faith for conservatives.  While he refused to admit that his tax policies failed, Mr. Brownback signed bills approving a $384 million increase in revenues by hiking the state sales tax and a host of other taxes that disproportionately placed a heavier tax burden on the poor.

All of this brings us back to Tennessee, where the Legislature’s latest act of right wing doctrine is to propose the repeal of the Hall income tax on interest and dividend income from investments – a general six percent levy with several exemptions and exceptions – that produces $303 million in revenues with about $114 million distributed to local government.

This brilliant idea is brought to us by a familiar sponsor of these kinds of gratuitous bills, Senator Brian Kelsey.  This one is aided and abetted by Americans for Prosperity, the Koch Brothers lobbying organization whose misinformation machinery just a week ago helped block a tax increase in Plainview, Illinois, for a new $39 million library, and little more than a year ago, blocked Nashville’s “Amp” plans to build its first high-capacity transit line to lessen congestion and create more sustainable streets.

This time, the Koch Brothers’ involvement is aimed at making a regressive tax structure even worse.  After all, Tennessee’s tax structure has been deemed to be the country’s most regressive – meaning that the state leans heavily on poor families for taxes – and the Hall income tax is one of the only progressive taxes in the state.

You’d never know that listening to the Koch Brothers’ legislative mouthpieces; they continue to talk about how unfair this tax is to retirees.  However, if repealed, the richest 1% would receive 45% of the Hall income tax revenues.  Meanwhile, 25% of the reduction, if passed, would flow to the federal government because the Hall tax could no longer be deducted on federal tax returns.

It’s hard to be hopeful that the General Assembly will come to its senses on any of these extremist dogmas that are so central to their ALEC-minded beliefs.

After all, while professing the deepest support for law enforcement (and dismissing the Black Lives movement), legislators have made guns ubiquitous – including allowing them on public university campuses – and in the process, they have made law officers constantly fearful when approaching a car, a domestic argument, or an individual.

Then again, while taking an oath to protect the people of this state, they reject the Medicaid expansion that would have given better health care for 288,000 Tennesseans, including 35,000 veterans.

In other words, we presume that if Tennessee’s legislative majority is willing to let people die as a result of their lack of leadership, it’s hard to be optimistic about City of Memphis’ deannexation chances.

These days, it’s hard to find a decision so personal or private that the Tennessee Legislature isn’t willing to inject itself: women making decisions on their reproductive rights, families of gay children worried about bullying, and families who see their homes and places of worship as the best places to teach religious beliefs, and teachers who want to teach science fact.

They say they don’t “believe” in climate change although its proof is science, not part of a belief system, and with so many problems in Tennessee, they had time to take action on something really important: naming the .50 caliber Barrett rifle, one of the most powerful in the world, as the state gun.

That’s the thing about the right wing extremism that marches under the conservative banner these days.  It is an abandonment of the conservative principles that gave birth to it, and today, while Mr. Trump gets the headlines for his bullying, hateful rhetoric, it’s an attitude that runs rampant in places like our legislature, because actions are never about a coherent philosophy of good government or statesmanship.

Rather, it’s about sticking their fingers in the eyes of people who don’t share their views of the world.  It too is about bullying and narcissism.  So much of their legislation is about showing someone who’s boss, or putting down someone, or acting superior to someone.  That they thump their Bibles and quote Scripture while doing it is a special affront to people of faith who believe their religious beliefs demand that they care for the poor rather than cut their services.

If you are a taxpayer who wants fairness for middle class families and equity in tax policies, or a parent who wants your children to understand and appreciate the full diversity of the world they will live in, your views have little traction in the Legislature.

There was a time when environmental protection, equal opportunity, and immigration policy were ideas advanced by conservative thinkers and politicians, and that’s why so many of the people who call themselves conservatives today are not – they are merely extremists willing to devalue unity or a mutuality of interest for their own political ambition.

It is into this parallel universe that a majority African American city seeking fair play must make its case to the legislators pushing the deannexation bill.  The facts are on City of Memphis’ side, but given another opportunity to attack the city, it’s hard to imagine the legislators doing the right thing and letting the chance pass.

But we can only hope. 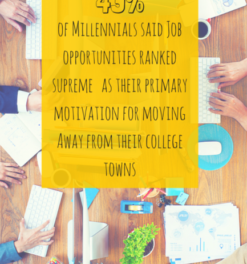