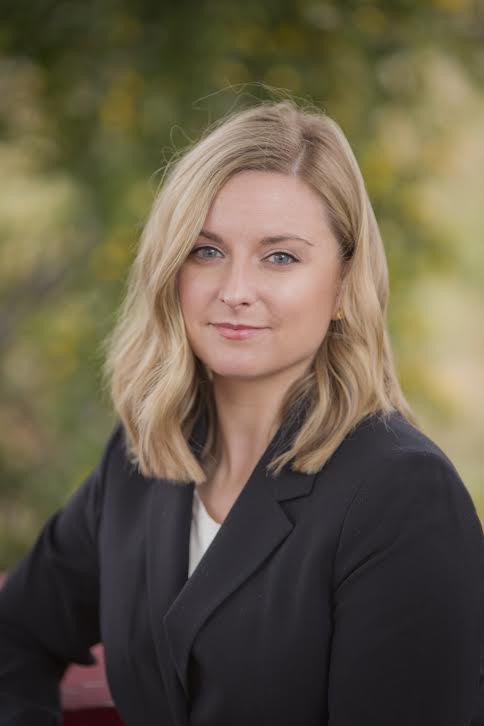 It’s hard for us to think of anyone more thoughtful and intelligent than Ms. Andrews, and she will capably fill the large shoes left by her predecessor, Laura Wolff Morris.  Ms. Andrews was the very first employee hired by the Shelby Farms Park Alliance in 2006, hired at a time when Mrs. Morris was a volunteer executive director.

The Alliance would become the Conservancy a year later, and Ms. Andrews began to create a 10-year record of excellence as she rose from office manager in charge of daily operations and communications to director of development and communications for the 3,200-acre park and the $52 million Heart of the Park project that will open later this year.  As more and more responsibilities were assigned to her, “she excelled at everything,” said Mrs. Morris.

A Rare Pick For A Rare Park

Barbara Hyde, chair of the search committee, who described Ms. Andrews as “a 21st century leader for a 21st century park,” said: “We were encouraged that Shelby Farms Park attracted so many candidates from across the country and that people at the forefront of the park world are already aware of its progress and potential.”

Board chair Tom Grimes said the board was pleased that “the best candidate turned out to be the park’s own Jen Andrews.  Her knowledge of the park is unrivaled, and her thoughtful, inclusive, and transparent style is well-suited to lead Shelby Farms Park as the country’s next great urban park.”

As for Mrs. Andrews, it’s impossible to imagine anyone more articulate about the importance of the park and what it can mean for Memphis.  She said: “I’m excited to lead the park’s outstanding team, and my top priority is to make sure we deliver on the promises made in the master plan and on our community’s hopes and dreams for this treasured public asset. The scale of the park means that it can be a celebration of urban life and an escape from it.  That’s rare for any park. We want everyone who visits the park to experience world-class hospitality and leave with a sense of pride and ownership. Special parks are special because they are central to people’s lives and become a place where the elements of city life come together – arts, recreation, culture, health, and more.”

From her first days, she emphasized the importance of getting the public involved in decisions about the future of the park, from having a voice on the choice of the master planner (James Corner Field Operations of New York’s High Line fame was chosen) to sharing opinions on experiences at the park.  “Public engagement and visitor experience are at the heart of all we do at the Conservancy,” said Ms. Andrews, a native of Marianna, Arkansas, and a Rhodes College graduate with an English degree.  “Our focus and commitment to the people who love the park is why we’ve succeeded and why we’ll continue to succeed.”

The Conservancy was given authority to manage and operate the park by Shelby County Government in 2006 when the Board of Commissioners entered into an agreement with the Conservancy that now runs 50 years and in addition, approved a conservation easement to protect the parkland and prohibit damaging uses.  In light of the recent vote by the Memphis City Council to keep part of Overton Park as a parking lot, it seems a good time to salute county government for understanding what a grand park can mean to a community.

There is so many lessons that our community has learned from the Shelby Farms Park Conservancy: 1) the importance of attracting passionate, committed leadership among volunteers, board, and staff; 2) the value of hiring the best experts in the country to help create a great 21st century urban park, 3) the priority of respecting the public’s opinion and engendering their ownership of the park, and 4) the power of a park to elevate a city’s aspirations, ambition, and self-confidence.

That’s the thing about Shelby Farms Park.  From the days when the vision of a great urban park was forming in the in the mind of Ron Terry to when the grassroots group, Friends of Shelby Farms Park, evolved to become the Conservancy, when its first chair, Mrs. Hyde, called on it to aim high and inspire the community, and for the board and its supporters to refuse to accept anything but the best.

Speaking of Overton Park, it’s worth remembering that like that great legacy Memphis park, Shelby Farms Park was also threatened and the odds were stacked against it.  There, the plans were to turn it into a “planned community,” but in both cases, the public rose up to fight for the parkland.  Unfortunately, some people are unable to grasp that fact that because both parks defied expectations and were preserved, they carry special importance to this community and spark emotion among the public.

But we digress.  Back when Mrs. Morris became head of the grassroots group, Friends of Shelby Farms Park, she recognized that her group needed to be for something – a great park – as opposed to just being against something – Kirby-Whitten highway through the park.  She understood that the future of Shelby Farms Park depended on the public reattaching itself emotionally to the movement that protected it in the first place.

As the vote was nearing for the county board of commissioners in 2005, she co-wrote a white paper, “The Case for Shelby Farms Park: America’s Great 21st Century Park.”  In 37 pages, it examined the land’s history, its ecology, its geography, wildlife and vegetation, and the myriad benefits that would result from a great park, and it made the argument for why the park was essential to Memphis’ success.

In addition to that report (disclosure: I co-authored it with Mrs. Morris), a summary distilled the meaning of the report into six principles which set the context for the park’s development.  They also seem relevant today in the context of the zoo parking on the greensward in Overton Park.

Here’s part of the summary and the six principles for the call to action:

Rival communities are already staking out “green strategies” to elevate their national reputation and competitiveness with investments in parkland…Today, we have a new mandate.  It comes from a deeper understanding of the full value of the park.  As a result, the mandate is for green spaces and recreation.  But beyond that, it is a mandate for public health, for economic vitality, for increased property values and stable neighborhood, for youth development and for reducing crime.  It is a mandate for allowing the park to achieve its full potential as we build the best community that we can and create unique benefits for all people.

All of this can be done.  All it takes is a compelling vision of a great American park…and in achieving it, Shelby County becomes the benchmark for the rest of the U.S. as communities look for best practices to replicate.

Every region is in competition with every other one for economic growth.  A great park is a competitive edge in the New Economy, attracting and retaining workers and businesses to Memphis.

Ideas are only ideas until they are given substance and form in a master plan for a great park that maximizes its role as focal point for outdoor recreation in Shelby County.

The park does not suffer from lack of money.  It suffers from lack of vision.  With a visionary plan and leadership, the funding will come.

Governance matters. That’s because a public/private partnership can deliver more for the park.  It can also deliver a unified vision for a unified park.

Decisions made today about the park must be made in the names of Shelby Countians a century from now, because we act as stewards for the park.  A credible master plan and an environmental protection agreement are the embodiments of this stewardship.

The case study included data points backing up the conclusions in the report, but it also included a comment from Richard Florida and it’s worth remembering today.

He said: “Shelby Farms Park is more than incomparable parkland.  More to the point, it is a unique competitive advantage for Memphis and Shelby County that cannot be matched in the global competition for talented workers.  There is no question that creative workers in the knowledge-based economy place high value on outdoor assets and on a distinctive sense of place.  In this way, the future of Shelby Farms Park is also the future of the region.”

As Shelby Farms Park prepares to deliver on this promise and this bold vision, it’s hard to think of anyone more prepared and more competent to lead us than Ms. Andrews.