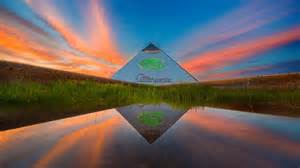 In politics, as in homicide investigations, it’s reasonable to be wary of things that are supposed to be coincidences.

That’s why it was strange to some that in the space of a few days and in the wake of Bass Pro Shops indicating an interest in a reimagined Mud Island, two negative news stories suddenly appeared in what appeared to some people feel as an attempt to tarnish the retailer’s image as a potential suitor for the Mud Island project.

The head of the Riverfront Development Corporation on Wednesday suggested that Bass Pro Shops has no positive impact on downtown and then two days later two former City Councilmen on Friday professed surprise at parking garage provisions in the contract with the outdoor retailer.

It opened up again the rich vein of misinformation that regularly accompanies all things Bass Pro store, and in the cases of the former Council members, it suggests intentional obfuscation, but more on that later.

Here’ the thing: We were not hidebound supporters for redeveloping The Pyramid. In fact, the first post on this blog on June 1, 2005, was about shifting from rethinking the use of the building to the use of the land. As a result, we floated the idea that The Pyramid should be razed as a way to rethink the land from the north end of the cobblestones all the way to Auction as a one great urban space.

As it became clear that the momentum was behind redevelopment, we wrote cautionary tales from other cities, specifically Buffalo, New York. Like Memphis, Buffalo had a grand plan to redevelop a former public building – there, it was a 150,000 square foot auditorium – and when this didn’t pan out, the idea shifted to Bass Pro becoming the anchor for a massive waterfront development.

Bass Pro Shops was chased by city officials, downtown development officials, and even Governor George Pataki, and after almost a decade of agonizing fits and starts, the huge store promised for downtown Buffalo was built, but in a Western New York suburb of Rochester rather than the city that had courted it for so many years.

Besides the Buffalo experience, we were also chastened by the fact that only a select few cities had ever repurposed a major arena into a revenue-producing use, and that too led us to think that the focus should be on repurposing the land, not the building.

Put simply, we had a deep skepticism about the redevelopment project which was allayed by the involvement of Scott Ledbetter, a leader of Memphis business but a conscientious and serious civic leader (he was once chairman of the board of the Memphis Zoo and it’s hard to imagine the present controversy about greensward parking if he was still in that position).

At the helm of a committee that reviewed several dozen proposed uses for the Pyramid, including an aquarium, a world trade center, a church, casino, hotel, a science and technology center, African American Trade and Cultural Center, indoor theme park, and federal government offices, Mr. Ledbetter said in July, 2005, that “destination retail” would be the highest and best use for The Pyramid. Ultimately, his committee decided that the most successful, best capitalized retailer for the former arena was Bass Pro Shops.

In February, 2006, the company submitted a nonbinding letter of intent, and in June, 2010, a 55-year lease was signed to turn the Pyramid, which had been essentially empty for six years, into a destination megastore.

While former City Councilmen Harold Collins and Lee Harris told The Commercial Appeal last week that they did not know about any commitment for a parking garage, implying that it was kept secret from them. However, in 2010, copies of the agreement were given to every Council member, the parking garage was included on Powerpoint presentations to City Council, it was reported in the news media at the time, and it was even posted on the city government website.

It makes Mr. Collins and Mr. Harris’ suggestion of being kept in the dark about the agreement strange, to say the least. In fact, City of Memphis has been held up as a model of transparency by media in other cities where public bodies have refused to release contracts with Bass Pro Shops on the grounds that they include proprietary information. Here, former Memphis Mayor A C Wharton Jr. ordered for the contract to be posted to the city website, and based on a quick search, we are unable to find another city that has done this.

We Should Be So Lucky

Councilman Berlin Boyd, who wasn’t even on the Council at the time and replaced Mr. Harris, however, did have the facts about the agreement, pointing out that the garage would only be built if business demanded it and that its cost would be covered by the Tourism Development Zone, a funding source that belies the newspaper headline that “City on hook to build Bass Pro garage.”

As reported in 2010, if Bass Pro’s square footage in The Pyramid exceeds 300,000 square feet, it can ask for construction of a parking garage. As Mr. Boyd pointed out, it would be a good problem to have because it will mean that Bass Pro Shops is highly successful.

Meanwhile, Bass Pro Shops spokesperson said existing parking is “adequate” and that no requests for a garage have been made. “We continue to see ourselves as long-term partners with City of Memphis and feel very proud of our relationship and the initial success of the project,” he said. That success includes more than two million visitors/shoppers in seven months, euphoric coverage in USA Today calling it “a Vegas-style architectural fantasy” and “an ode to the nearby Mississippi River delta,” and Forbes recently named the hotel in The Pyramid as one of the 10 best hotels in the world for 2015 and “the most memorable hotel opening of the year.”

In the end, two things shaped our opinions about Bass Pro shops – 1) we stayed at Big Cedar Lodge, its four and half star resort in the Ozarks, and were impressed the attention to detail, the quality of activities, and commitment to supporting Ozark artisans who designed and constructed so many of the resort’s fixtures, and 2) the funding source for the Pyramid redevelopment, Tourism Development Zone, meant that Memphis taxpayers would not have to pay the costs from city budgets.

Paying Its Own Bond Debt

That said, even at this point, and after dozens of presentations to City Council and even more articles in the news media, there is widespread misunderstanding about the financing arrangement for The Pyramid. Put simply, the bond debt payments for the Pyramid are being paid from the incremental increases in sales taxes generated by Bass Pro Shops itself. In other words, the store is self-funding because it creates enough sales taxes to pay for its bonds – and with enough left over to pay for a garage or redevelop the Pinch District, or both.

It is the amount over five percent that is dedicated to the TDZ, which is making the bond payments for the $215 million bond issue that included Pyramid improvements, purchase and “greening” of Lone Star concrete company site, and buying out the county’s half of the Memphis Cook Convention Center. The amount spent on the Pyramid totaled about $87 million, but around $57 million was for costs that would have been incurred to prepare the non-seismic building for any tenant, with the majority of that amount spent for below ground and above ground seismic improvements. The remaining $30 million was provided to Bass Pro Shops for “landlord improvements,” and annual rent payments are projected to repay this amount in 15 years or less.

More concerning to us than the kerfuffle about a parking garage were comments by the Riverfront Development Corporation that Bass Pro Shops customers were not doing anything else in Memphis.   The company has said that the average customer drives from 50 miles and spends two to two and half ours in the store, and while we’re unaware of any research into its Memphis customers, the RDC described its customers as “transient” who don’t have time to do anything else in Memphis. (In August, the RDC said an uptick in Mud Island visitors probably was caused by Bass Pro Shops.)

The comments sound like they are anecdotal, but true or not, it seems clear from his comments that we need to step up our tourism marketing to Bass Pro Shops’ customers. That would especially seem to be a priority for the RDC which desperately needs more people at Beale Street Landing and more customers in its restaurant.

We appreciate his call to arms, which makes the case that we can’t be so cavalier about the more than two million people going to Bass Pro Shops every year that we don’t figure out how to maximize their presence. The headline on a column by Ted Evanoff of The Commercial Appeal said it all: “Memphis needs to capitalize on Bass Pro tourists.”