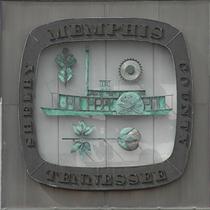 We’ve been writing about great mayors because Memphis arguably has never had one.

With Jim Strickland preparing to enter the city mayor’s office with a mandate for action, he has the same opportunity as his predecessors – to become a great mayor.

That said, there is no job harder in any city than being mayor. There is no decision that goes unnoticed and there is no comment that is not magnified with the intensity of the faithful watching the smoke rising from the Vatican chimney.  And yet, done well, there is nothing that compares to the impact that a city mayor can make.

We spotlighted a number of mayors in our series in October, 2009, who transformed their cities, often righting them in the midst of challenges and setting a strong course for a better future.  Memphis has been fortunate to have a series of highly competent, highly committed officials in the city’s highest office in the past 30 years, but it is arguable that any one of them could be classified as a great mayor.

The mayors we featured in our series were John Hickenlooper of Denver, Gavin Newsom of San Francisco, Joe Riley of Charleston, Anthony Williams of Washington D.C., and Shirley Franklin of Atlanta.

One central lesson is that these mayors articulated and embodied the narratives and higher ambitions for their cities, and in so doing, they developed cohesion, sense of community and shared purpose. Effective leaders tell stories, not just any stories, but stories that we all of us can see ourselves in.

He also wrote: “Cities are also brands: Not only the great cities of the world like New York City, Paris London, Moscow, Mumbai and Beijing, but other urban areas as well. There is a reason why people live in Brooklyn rather than Manhattan. Why they live in Manhattan rather than L.A. Other people choose to live in Atlanta, Colorado Springs, or Sao Paulo, because those places embody values, environments and experiences they prefer over their other lifestyle options.”

In other words, Memphis’ storyteller-in-chief is its mayor.  No one has a bigger megaphone through which to deliver the narrative that ties us all together into a community with shared values, symbols and rituals.

These mayors understood this, and their stories and the symbolism of their leadership created a thread that stitched together the fabric of their cities.

So what are the other lessons that can be learned from these great mayors?

Start with a global perspective. Cities compete in a global marketplace of ideas and business, and because regions are the competitive units in this marketplace, these mayors emphasized regional collaboration and set out to end turf wars and self-defeating competition. As Denver Mayor John Hickenlooper said: “Denver doesn’t compete anymore with Seattle or San Diego. We’re competing with metropolitan Shanghai and metropolitan Bombay. If we don’t begin working together at a much higher level, we’ll find that not just our grandchildren’s jobs but our children’s jobs will have gone away.”

Know your budget. Every one of these mayors insisted on frank assessments of their city’s fiscal state as the baseline for all strategic decisions. Job 1 was to understand the city’s books, and Job 2 was to make sure everyone else understood them, too. The foundation to public confidence was based on honest and transparent financial matters.

Listen. These mayors traveled all over their regions to hear from fellow mayors, businesspeople and constituents. They never forgot that they are public servants first and foremost, but they saw their responsibilities as being beyond just their own city limits.

Choose your battles and base it on your priorities. Each of the mayors started with a signature issue — economic development, improved services, infrastructure upgrades, financial integrity, civic design – that laid the groundwork for broader success.

Never Stop Building Your Team. These mayors hired the best people.  Mayor Hickenlooper charged his transition team with finding the best people in the nation to head up schools, law enforcement, parks, and planning. People’s politics didn’t matter (and in fact, he instructed his team not to bring him the names of anyone who gave him campaign contributions). But when he talked about Denver’s progress, he credits his partners, his predecessors, his employees, his advisers, his wife, his parents – everyone but himself. This is no accident. It’s part of his strategy of building and keeping his team together.

One Word: Leadership. A team of brilliant young data analysts and hard-charging senior managers never substitute for hands-on executive leadership.  City Hall needs to have a culture of customer service, data-driven decisions, and professionalism.  It’s up to the mayor to create the high-performing culture that his city deserves and that he needs to succeed.

Aim For Transformation. Marginal improvements in performance numbers may hide the fact that the system being used is itself antiquated. We’ve written previously about the need to update and modernize the City of Memphis organizational structure.  Often processes and procedures need to be redesigned from the ground up, and these are the kinds of changes that can be made with a memo.  Because of it, a mayor should be fearless in directing operations in his administration in new and decisive ways.  Great mayors employ committees for strategic advice but they have a clear vision of what they want and they are prepared to pursue it courageously and assertively.