The Shelby County Board of Commissioners continues blindly on a path to hire its own lawyer and undermine the intention of the charter of Shelby County Government, which set out to ensure a strong mayor form of government and clear lines of responsibility between administrative and legislative branches.

Mayor Mark Luttrell rightly vetoed this aberration of the Charter and the commissioners have now overridden his veto.  Meanwhile, he has – again rightly – refused to sign a contract for a lawyer for the board of commissioners to be hired because it violates the charter.

As a result, we’re sure the board of commissioners, driven by the belief that somehow they are fixing the checks and balances in county government, will file a lawsuit asking a court to force him to hire a lawyer.  Of course, what the commissioners are actually doing is perverting the checks and balances incorporated into the Shelby County Charter.

In fact, other members of the Charter Commission have said flatly that there was no intent to provide the board of commissioners with such power.

After all, the law is the law, and it should apply to everyone in Shelby County Government equally and impartially.   More to the point, if there is an object lesson for county government, it is the confusion and complications that have been caused over the years after Memphis City Council got its own lawyer and dueling legal opinions and egos became regular features of City Hall discussions.

Back to the letters from a few of the 1984 charter commission members, they merely obfuscate the point that it’s the 1974 Shelby County Restructure Act that’s the relevant document.

To understand this, consider the comments by Jimmie Covington, veteran reporter and expert on government:

“It was drafted for the County Government Restructure Act of 1974, approved by the General Assembly and then by the county’s voters before the county’s mayor-county court (now commission) form of government went into effect on Jan. 1, 1976.

“The restructure act was folded into the charter by the charter commission virtually intact before it was submitted to and approved by voters in 1984.

“The thrust of the charter commission was to bring home rule to the county and allow the commission to pass ordinances so that the county would not have to return to the legislature and seek private acts for many of the measures it wanted to adopt. The charter did not change the structure of the government or the relationships among the branches of government.

“The restructure act was developed within county government and with the county’s legislative delegation.   There was no charter commission or citizen’s committee involved and no recordings that would allow a review of what the intent of the wording might have been when the wording was drafted. Many of the people involved in the restructure effort are now deceased.”

Detroit: The Lessons of a Divided Society 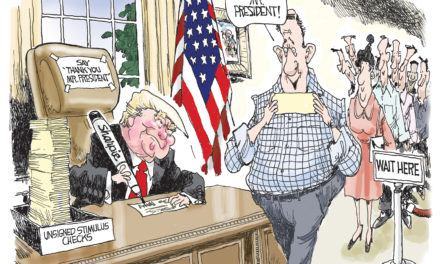