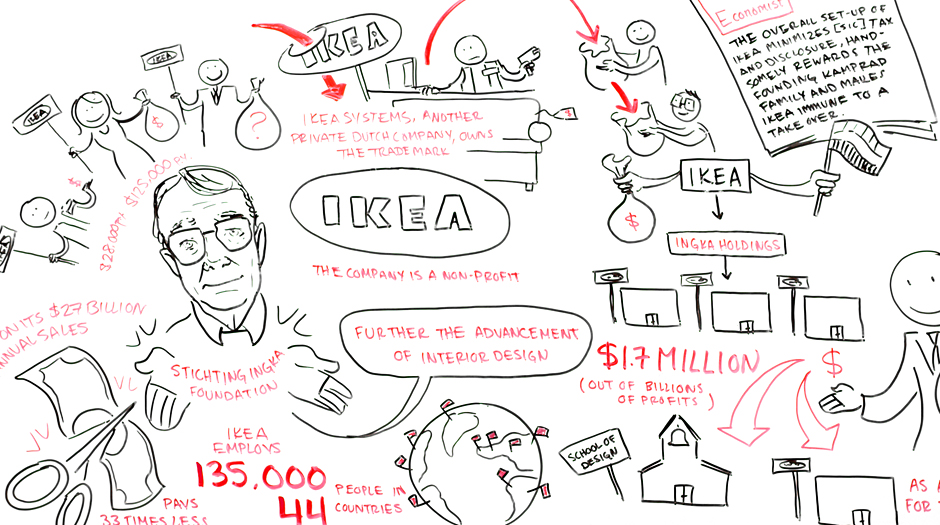 So, let’s think this through.

IKEA bought property at the southeast corner of I-40 and Germantown Parkway for $5.6 million four months ago.  We assume that the international retailer would not have paid that price unless the company had determined that it was worth it and that the sale price reflected its value.

But now, IKEA is challenging the appraisal by Shelby County Assessor Cheyenne Johnson and wants to ignore the 2015 appraisal of $5.1 million and roll back the appraisal to its 2014 level of $1.25 million.  The Shelby County Board of Equalization was willing to go along with this leap of self-interested logic.

But, if IKEA truly believed that the value was worth $1.25 million, wouldn’t it have refused to pay four times that amount?  Isn’t it logical that if the market says the property is valued at $5.6 million because that’s what a buyer was willing to pay for it, the assessor should appraise it in that range?

The assessor’s office’s most recent appraisal for the IKEA site was $5.1 million, which seems highly reasonable and in line with the recent sale price.

While IKEA is a highly-coveted and trendy retailer, the barbs and attacks on Ms. Johnson for seeking a fair appraisal on the proposed site of its Memphis store are misplaced, since she is only doing her job.  And that job is to appraise property accurately, fairly, and equitably – without fear or favor.

Her appeal of the $1.25 million appraisal by the county board of equalization is well within her authority and for us, it reflects her sincere commitment to her responsibilities and in keeping with her oath of office to serve the public.

Already, IKEA has had the rules for PILOTs changed so that it could be the first retailer to receive a tax holiday – IKEA’s holiday is worth $10 million over 11 years.  Shortly after receiving its tax freeze, it demanded better bus routes to the store site which seemed especially ironic since it had just refused to pay taxes for public services like MATA.

As for the current tax controversy, it means that IKEA is threatening to not build a store in Memphis as the result of an argument about paying approximately $300,000 more in property taxes, which is about what the retail giant makes in revenues every two and a half minutes.  In any language, it makes no sense.

IKEA’s Nonprofit Mission:
To “offer a wide range of home furnishing items of good design and function, excellent quality and durability, at prices so low that the majority of people can afford to buy them.”

FEW tasks are more exasperating than trying to assemble flat-pack furniture from IKEA. But even that is simple compared with piecing together the accounts of the world’s largest home-furnishing retailer. Much has been written about IKEA’s remarkably effective retail formula. The Economist has investigated the group’s no less astonishing finances.

What emerges is an outfit that ingeniously exploits the quirks of different jurisdictions to create a charity, dedicated to a somewhat banal cause, that is not only the world’s richest foundation, but is at the moment also one of its least generous. The overall set-up of IKEA minimizes tax and disclosure, handsomely rewards the founding Kamprad family and makes IKEA immune to a takeover. And if that seems too good to be true, it is: these arrangements are extremely hard to undo. The benefits from all this ingenuity come at the price of a huge constraint on the successors to Ingvar Kamprad, the store’s founder (pictured above), to do with IKEA as they see fit.

Although IKEA is one of Sweden’s best-known exports, it has not in a strict legal sense been Swedish since the early 1980s. The store has made its name by supplying Scandinavian designs at Asian prices. Unusually among retailers, it has managed its international expansion without stumbling. Indeed, its brand—which stands for clean, green and attractive design and value for money—is as potent today as it has been at any time in more than 50 years in business.
In this section

The parent for all IKEA companies—the operator of 207 of the 235 worldwide IKEA stores—is Ingka Holding, a private Dutch-registered company. Ingka Holding, in turn, belongs entirely to Stichting Ingka Foundation. This is a Dutch-registered, tax-exempt, non-profit-making legal entity, which was given the shares of Mr Kamprad in 1982. Stichtingen, or foundations, are the most common form of not-for-profit organisation in the Netherlands; tens of thousands of them are registered…

…If Stichting Ingka Foundation has net worth of at least $36 billion it would be the world’s wealthiest charity. Its value easily exceeds the $26.9 billion shown in the latest published accounts of the Bill & Melinda Gates Foundation, which is commonly awarded that accolade.

Measured by good works, however, the Gates Foundation wins hands down. It devotes most of its resources to curing the diseases of the world’s poor. By contrast the Kamprad billions are dedicated to “innovation in the field of architectural and interior design”. The articles of association of Stichting Ingka Foundation, a public record in the Netherlands, state that this object cannot be amended. Even a Dutch court can make only minor changes to the stichting’s aims.

If Stichting Ingka Foundation has net worth of at least $36 billion it would be the world’s wealthiest charity. Its value easily exceeds the $26.9 billion shown in the latest published accounts of the Bill & Melinda Gates Foundation, which is commonly awarded that accolade.

The Kamprad foundations compare poorly with the Gates Foundation in other ways, too. The American charity operates transparently, publishing, for instance, details of every grant it makes. But Dutch foundations are very loosely regulated and are subject to little or no third-party oversight. They are not, for instance, legally obliged to publish their accounts.

IKEA says only that this money is used for charitable purposes and “for investing long-term in order to build a reserve for securing the IKEA group, in case of any future capital requirements.” IKEA adds that in the past two years donations have been concentrated on the Lund Institute of Technology in Sweden. The Lund Institute says it has recently received SKr12.5m ($1.7m) a year from Stichting Ikea (which also gave the institute a lump sum of SKr55m in the late 1990s). That is barely a rounding error in the foundation’s assets. Clearly, the world of interior design is being tragically deprived, as the foundation devotes itself to building its own reserves in case IKEA needs capital.

Although Mr Kamprad has given up ownership of IKEA, the stichting means that his control over the group is absolutely secure. A five-person executive committee, chaired by Mr Kamprad, runs the foundation. This committee appoints the boards of Ingka Holding, approves any changes to the company’s statutes, and has pre-emption rights on new share issues.

Mr Kamprad’s wife and a Swiss lawyer have also been members of this committee, which takes most of its decisions by simple majority, since the foundation was set up. When one member of the committee quits or dies, the remaining four appoint his replacement. In other words, Mr. Kamprad is able to exercise control of Ingka Holding as if he were still its owner. In theory, nothing can happen at IKEA without the committee’s agreement.

That control is so tight that not even Mr Kamprad’s heirs can loosen it after his death. The foundation’s objects require it to “obtain and manage” shares in the Ingka Holding group. Other clauses of its articles require the foundation to manage its shareholding in a way to ensure “the continuity and growth” of the IKEA group. The shares can be sold only to another foundation with the same objects and executive committee, and the foundation can be dissolved only through insolvency.

Yet, though control over IKEA is locked up, the money is not. Mr Kamprad left a trapdoor for getting funds out of the business, even if its ownership and control cannot change. The IKEA trademark and concept is owned by Inter IKEA Systems, another private Dutch company, but not part of the Ingka Holding group. Its parent company is Inter IKEA Holding, registered in Luxembourg. This, in turn, belongs to an identically named company in the Netherlands Antilles, run by a trust company in Curaçao. Although the beneficial owners remain hidden from view—IKEA refuses to identify them—they are almost certain to be members of the Kamprad family.

The Future Calls for a Different Kind of Urban Developer