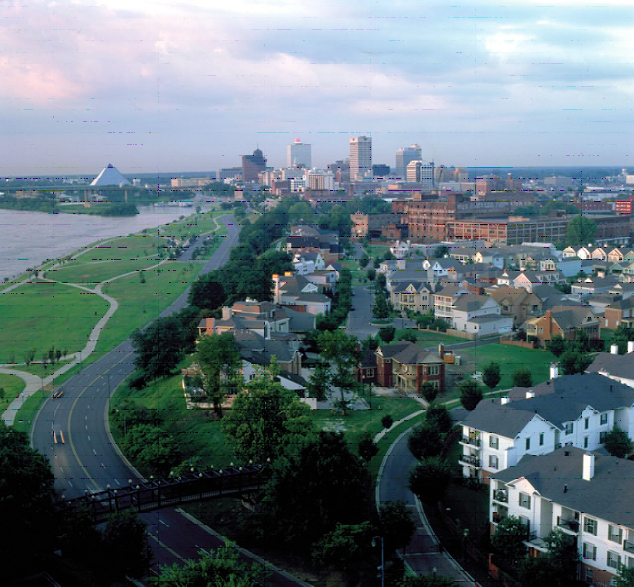 For about 15 years, Memphis forgot who it was.

It lost the sense of what made it different and what made it special.  It tapped into a pessimism that revealed itself most often in a game of the Dozens in which two people worked to outdo each other in their insults about their own hometown.

It lost the music that flows through its culture.  It talked about its rich music heritage but it wasn’t feeling the rhythm any more.  It lost the sense that it was its very real diversity and the outsider culture it created that were at the heart of its distinctive character.  Instead, it turned its back on its own authenticity and regularly chased magic answers from other cities.

It forgot that Memphis had been tested before…many times…and it not only survived, it thrived, transcending each challenge to become stronger and tougher.  It fixated on Nashville like it had once fixated on Atlanta, but forgot that it had the power to define its own unique future, one that didn’t have to look like either of those cities.

Getting Off The Mourning Bench

In the boom years in the late 1980s, Shelby County Mayor Bill Morris often evangelized:  “Memphis has the longest mourning bench I’ve ever seen, and it’s time to get off of it.  If you can’t get excited about Memphis these days, you should go to the doctor and get your pulse checked.  I think you may be dead.”

The good news today is that was then, this is now.  Where Memphis once was lost, now it’s found.

These days, it’s the city’s pulse that’s beating fast.  The malaise that gripped Memphis lifted and anxiety attacks are giving way to adrenaline rushes that are defining a new attitude just when it is needed most.

We Rest Our Case

Recently, in just the space of one week:

* Carlisle Corp, which already is reviving the 112-year-old Chisca Hotel after about 30 years as a vacant eyesore downtown, filed zoning applications for a 30-story apartment building and a 22-story hotel at the foot of Beale Street.

* A four-story, 75,607-square-foot hotel was announced to replace the blighted French Quarter Inn in the transformed Overton Square.

* Developers filed an application for incentives for Tennessee Brewery – the beautiful building that no one thought could be redeveloped – to be redeveloped into 46 apartments, 13,500 square feet of commercial space, and a new six-story apartment building to the north.

* Developers expressed interest in revamping Mud Island to take advantage of the millions of people coming downtown to the newly reimagined Pyramid.

* Negotiations began for the $55 million redevelopment of Central Station to include a new hotel, 200 apartments, retail, and a movie theater.

* Tennessee Bureau of Investigation announced that crime in Memphis dropped dramatically in 2014.

To cap it all, Hugo Matheson and Kimbal Musk announced that they were adding Memphis to their family of Kitchen restaurants in Chicago, Denver, Boulder, and Glendale.  More to the point, they build restaurants with the purpose of building “community through food,” including schools’ vegetable gardens and strong relationships with local farmers.  Their two restaurants in Memphis will anchor prime locations at Shelby Farms Park and Crosstown Concourse.

It is said they chose Memphis over Los Angeles because of its enthusiasm and dynamism they encountered here, and they were impressed by the way the community embraced their interest.   Perhaps, the story is apocryphal, but what is most telling is that these days it’s completely believable that Memphis beat out L.A.

After all, if there’s a mantra in Memphis right now, it is that “everything is possible.”

As a result, major initiatives for Memphis to create an ecosystem for entrepreneurs, to create a vibrant riverfront, to do something transformative at the Fairgrounds, to reduce poverty and create better paying jobs, and to elevate our quality of life assets don’t seem like wishful thinking, but a realistic to-do list for the future.

It’s possible these days to make a long list of all kinds of new programs driving the new momentum and the new can-do spirit.  But the best news of all is that many of the programs are being started and driven by young professional talent in the culinary, arts, retail, and neighborhood improvement fields.  They ask no one for permission, they genuflect to no authority, they express their opinions honestly, and they offer others opportunities to collaborate with them.  Best of all, they set out to create the city in which they want to live.

They teach the rest of us lessons in taking pride in history but using Memphis’ heritage as the lever for doing more and aiming boldly to the future.  They inspire a sense of confidence that runs like a current through the city just as real as the one flowing by the city’s front door.  They show little patience for those who want to rehash the past, to list grievances and problems, or undermine progress with a negative attitude about their hometown.

In the process, they have unleashed new optimism, whose strength comes from the fact that it is largely bottom-up.  They are largely uninterested in what government, chambers of commerce, and tourism agencies have to say, because they instead are interested in what their peers have to say and nothing produces change as much as positive buzz.

In that regard, while many cities are talking about their narratives, these young people are too busy to pay much attention.  They are too busy writing narratives of their own.

In a very real sense, Memphians today are tapping into the true character of the city, a mythic place chronicled in too many music histories to count and listed by Sir Peter Hall in Cities in Civilization as one of 21 cities through which 2,500 years of civilization can be told.  He wrote that in Memphis, “a remarkable event in human history took place: cultural creativity and technological innovation were massively fused…The special reputation of the place, free and wide open, helped it all to happen…the music of an underclass could literally become the music of the world…This was a revolution in attitudes and behavior, as profound as anything that has happened in the last 200 years.”

What’s most exciting these days is that there is a growing number of people who believe that our place among these world famous cities doesn’t have to be found in history books, because there is the opportunity for Memphis to be counted among the great cities of today.

We do it by tapping into the new optimism, self-confidence, and can-do attitude to tackle the toughest problems facing our community.  In this way, the new spirit in Memphis is not about ignoring the problems while working on projects and programs less trying but addressing them in new and innovative ways that improve the lives of every Memphian.

At the same time, there is a palpable sense of urgency today because just as quickly as this new spirit materialized, it can evaporate.  Because of it, time is of the essence and actions are the mandate.  More than anything, that was what was missing in Memphis’ lost 15 years, and it’s what can make the next 15 years and more the turnaround years for the city.

Are Diversity and Community Attainable?

How Long, O Lord, How Long?