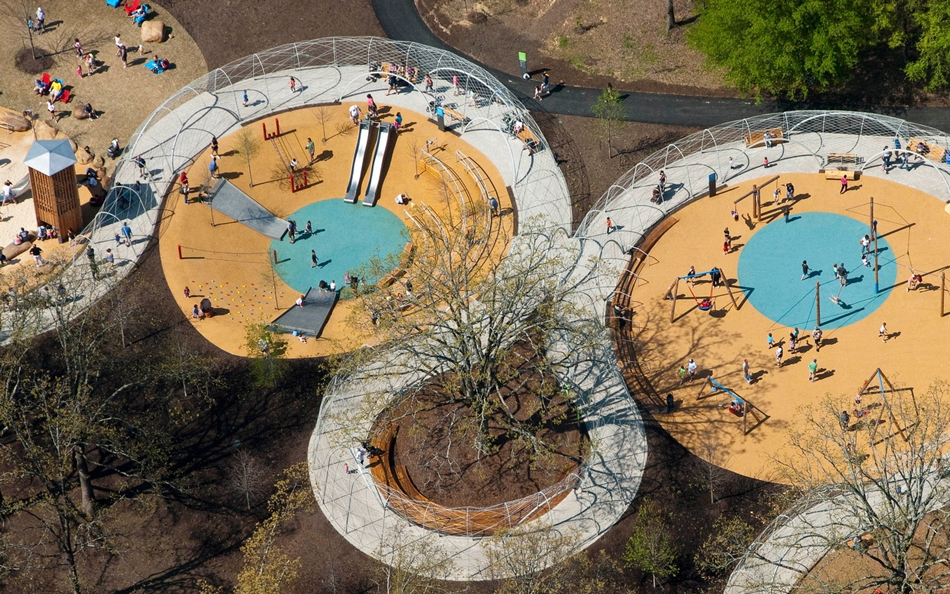 Standing at the center of Overton Park at the doughboy statue, it’s a perfect day in May.

The smell of newly cut grass is in the air, a few dogs are running in the greensward (and blessedly, no cars from the zoo are parked there), children are cavorting in the playground, walkers are wandering in and out of the old growth forest, and from the eastern edge of the park come the sounds of a class of students playing parachute games.

It reminded us once again of why, when asked for an example of Memphis’ model public sphere, we so often point to Overton Park.

A few miles to the east, Shelby Farms Park’s “Heart of the Park” project is building this century’s great urban park.  There are sounds of construction for a greatly expanded lake, visitor center, restaurant, and more mingling with the sounds of children playing, families fishing, people ziplining, and joggers’ footfalls on park trails.

It reminded us once again of why, when we are asked of symbols of Memphis’ renewed belief in itself and that the community does indeed deserve the best, we so often point to Shelby Farms Park.

That both are operated and managed by conservancies that are reflective of our community’s growing commitment to great public places and the ambition to elevate these two historic parks from very good to great. Tina Sullivan leads Overton Park Conservancy and Laura Morris runs Shelby Farms Park Conservancy, and besides the lesson in the importance of parkland, their conservancies also speak to the crucial lesson of getting the leadership right.  (There’s a lesson here about women leaders as well, but we’ll save that for later.)

There are few projects under way in Memphis and Shelby County that promise more impact on our local character and psyche than these two parks.  They are more than physical places.  They are engines for a new spirit and a renewed pride that ripple far beyond the footprints of the parks and into civic projects of all kinds.

They are emblematic of the new energy that characterizes Memphis these days and that drives commitment to the city, inspires new neighborhood action, and aspirations for what the community can be in the future.

These days, the importance of parks is often measured in elaborate economic impact studies that calculate their health, tourism, culture, and environmental values.  We often see the same thing when it comes to arts and cultural programs and assets.  There are persuasive economic cases to be made, and yet, the biggest value for parks (and arts and culture) is intrinsic and the importance of that to our community is incalculable.

For too long, our community has neglected its parks, which seems ironic, considering that the interest in high quality public space has never been greater.

There are various reasons for the neglect, including budgetary pressures and the malignant notion that parks are luxuries.  Of course, in City of Memphis, all quality of life programs have fallen victim to the skyrocketing police budgets, despite the impact that parks, community centers, and libraries can have on reducing the crime rate.

There was a time not too long ago that parks were largely passive publicly-owned land, but today, they are about experiences – intellectual, physical, and even spiritual. They engage, they push, they tempt, they enrich.

When they are too poorly maintained to provide these experiences, they are simply lost opportunities, and that too is why Overton Park and Shelby Farms Park are so valuable to Memphis and Shelby County.  More than anything, hopefully, they will be the seedbeds for a new commitment to neighborhood parks, which are the backbones for cities park systems. 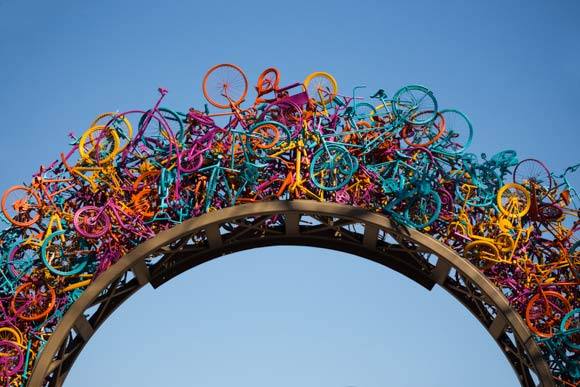 With too little money for managing parks and with budgets that are largely flat over the past 15 years, Memphis is long overdue in setting up partnerships in which neighborhood associations take responsibility for their parks.  A similar approach in Indianapolis paid big dividends, increasing attention to the park and building a sense of neighborhood ownership.

While there are other innovations that could improve our neighborhood parks – ioby campaigns and crowdsourcing projects come to mind – the transformation that is underway at Overton Park and Shelby Farms Park should encourage us to tap into the can-do attitude about these two great parks to upgrade the parks in our neighborhoods and to mobilize a movement to get it done.

We’re thinking about parks because we recently received 2015 City Park Facts published by the Center for City Park Excellence at the Trust for Public Land.  The annual report is indispensable reading for anyone who cares about parks and who are interesting in placing Memphis into a national context.  The point of the report, as it said: “Data is knowledge, and knowledge is power.”

Data Point #1: Memphis has 9,390 acres of parkland – 250 acres managed by the Riverfront Development Corporation; 4,802 by the City of Memphis Division of Park and Neighborhoods; 1,138 acres at T. O. Fuller State Park, and 3,200 acres at Shelby Farms Park.

Meanwhile, Memphis is 20% below the median in the number of playgrounds per 10,000 residents, it is low in tennis courts and skateboard parks, and high in basketball courts and baseball diamonds.

Director of the Center for City Park Excellence Peter Harnik was involved in Shelby Farms Park back when it was primarily an idea and he led the “Future of Memphis Parks” process that was aimed at providing City of Memphis with recommendations for the future of its parks.

Mr. Harnik, an articulate champion for parks, has in the past made an effective, influential case for how innovative parks can revitalize cities.  It’s an important message for Memphis, and Overton Park and Shelby Farms Park point the way.

MATA Drives Into The Future