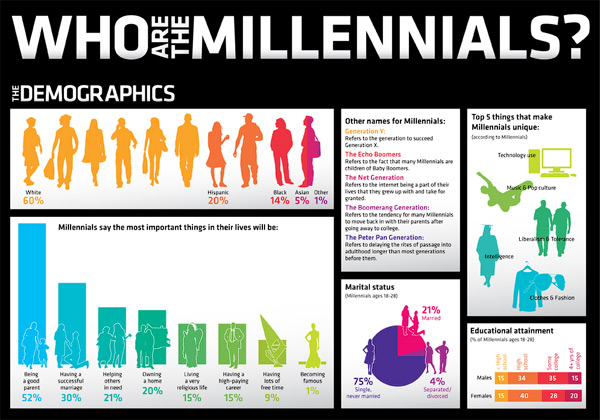 It’s the March of the Millennials.

And they’re marching into cities.

Contrary to the conventional wisdom that it was different here, Memphis is in fact the hometown of choice for 25-34 year-old college-educated men and women in our region.

We questioned where YPs were living in our region when the recent PeopleFirst poll showed that a higher percentage of Memphis young professionals were married with school-age children when compared to their peer group nationally.  In addition, the same poll showed that they also said that the lack of quality schools was one of the top three factors that prevents them from recommending Memphis to friends and colleague or might lead them to move.

As a result, we would not have been surprised if there are more 25-34 year-old college-educated people living outside Memphis than inside Memphis.

Also, belying the notion that more and more of these workers who drive a region’s competitiveness were being drawn by the siren’s call of allegedly lower taxes in DeSoto County, only 5,159 young professionals can be found there.

This is not to say that the Memphis MSA doesn’t continue to be on the losing end of the battle for young professionals, but it is to say that all of the highly visible grassroots and tactical urbanism activities led by young professionals of all races to improve neighborhoods and quality of life are not merely events that make us smile.  They are in fact sending the message that Memphis is a place where young professionals are driving change and where they are making – and can make – a difference.

Too often, our civic response to attracting and retaining this group is to say that we need to do a better job of marketing to them.  In truth, it’s not that we need to tell our story better; more to the point, we need a better story to tell.  If there is one unshakeable fact in research into millennials, it is that they are highly suspicious of institutional, top-down messages and that why campaigns to market to them so often fall flat.

The people who have the most influence over young professionals’ opinions and their behaviors aren’t economic development organizations or well-funded marketing efforts.  The people with the most influence over millennials are other millennials.  That’s why images of millennials making waves, asking impertinent questions, and suggesting and showing there are different ways to do things have such impact.   It’s also why we have to amplify them and enable more.

We aren’t trying to be Pollyannish about the challenge before us.  It is significant. But perhaps, for the first time, we can see that Memphis is actually an asset in our messaging about young professionals between young professionals.

Finding Progress to Match the Talk

Few issues have been discussed as much as talent with such discouraging results with perhaps the exception of poverty. Despite all the talk and all the good intentions, we continue to fall behind in attracting and retaining 25-34 year-old college-educated workers.

Hopefully, the PeopleFirst poll provides the facts that have long been missing in the discussions here about what YPs like or don’t like about Memphis and Shelby County.

According to a Commercial Appeal commentary by John Daniel, executive vice president of human resources for First Horizon National Corporation and First Tennessee Bank, the results of the poll showed:

— “Nearly six in 10 young professionals gave a grade of “excellent” or “good” to overall quality of life in Memphis and Shelby County.

— “Almost one in five said they would be ‘very likely’ to recommend to their friends that they live here, and those with graduate degrees are twice as likely. Another 32 percent are ‘somewhat likely’ and it is these who could be moved into the very likely category if the right strategies are in place.

— “Major weaknesses are 1) quality of K-12 schools, 2) access to safe/low-crime neighborhoods, and 3) availability of good-paying jobs.

— “The major weaknesses are also obstacles to recommending Memphis to friends and colleagues. Conversely, the best ways to keep young professionals from leaving and to encourage their friends to move here are increasing the number of good-paying jobs, increasing access to safe neighborhoods and improving K-12 schools.”

Other results that interested us were that young professionals were more optimistic about the future of Memphis and more positive in their opinions.  It seems that the Memphis public gets more pessimistic as they grow older, but that said, 48.3% of 25-34 year-old college-educated men and women said that they are “not too likely” or “not likely” to recommend Memphis and Shelby County to friends and colleagues and 31% expect to move away in the next five years (which indicates one reason that the #1 source of new residents in Nashville are people from Memphis).

We wrote several years ago about a focus group at St. Jude Children’s Research Hospital in which one fellow said he chose to work in Memphis because “here, I could quit living like a student.”  His point was that if he took a job in Boston, he would live in a second floor apartment with two roommates and with his bike on the fire escape.  Instead, here, he said he could buy a house.

It led us to blog that “Quit living like a student” would be a good bumper sticker for us, but after the city’s low-cost of living was cited as a top reason why young professionals like Memphis, perhaps, the bumper sticker should be “Come to Memphis and give yourself a raise.”

More for Your Money

So, if you’re a young professional, tell your friends to join you in Memphis and give themselves a raise.

Putting a Bow on Memphis’s Gritty Gift to Talented Workers