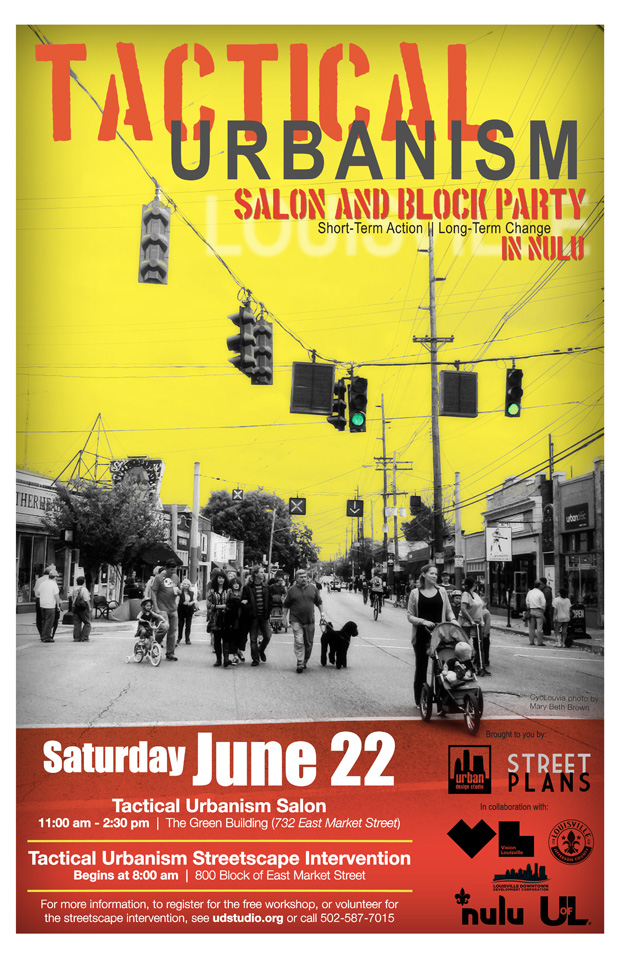 Sometimes, it seems like we are asked to decide if we want to live in the anecdotal Memphis or the factual Memphis.

The truth is that we don’t have to pick one or the other.  Most of us live in both places anyway (and if we don’t, we should).

All of us should be excited by compelling examples of guerilla urbanism and urban interventions driven by pop-up leaders undaunted by conventional wisdom about Memphis and the constant negative nattering from people who largely sit in the stands while others try to win the game.  Then again, all of us should also be concerned about the growing legacy of concentrated poverty and economic segregation that grip so many in our midst.

Too often, there is the feeling that one is unrelated to the other, but that’s not true.  The tactical urbanism, the pop-up stores, and the rest, more than anything, remind us of the art of the possible.  Perhaps, there’s no more important lesson in Memphis these days.

Memphis has a long tradition of people looking to government for the answers and the approval to pursue projects.  We watched it as the simple idea for a skate park led a tortured life in city government before it finally was built after several years of study.  It’s no wonder that some young leaders have said that Memphis grinds down anyone with a good idea.

That’s the beauty of so many of the recent examples of place-based activism.  In many cases, no one is waiting for city government to approve or to say it’s on board.  Instead, these days, people just plunge in and make it happen.  It’s bubbled up from Livable Memphis, whose advocacy for bike lanes demonstrated the public’s passion for something different, from Bloomberg Philanthropies-funded Mayors Innovation Delivery Team which became a persistent voice – and more importantly the vehicle – for the tactical urbanism attitude in Memphis, and most of all, from undaunted, determined individuals convinced that Memphis can do better and be better.

Memphis has a long history of doing the latest thing years after other cities have done it.  But regardless of the city’s late entry into bike lanes, greenlines, and riverfront improvements, they are still welcome additions to the local quality of life.  With tactical urbanism, however, Memphis has been by and large conducting its experiments essentially in real time with most cities.

In a wrap-up of tactical urbanism for 2012, Planetizen paired Memphis with Boston as cities to watch:

“As in many other cities, the concept of tactical urbanism was introduced to Memphis through a better block inspired project called A New Face for an Old Broad. Organized in 2010 by local business owners and activists, a few largely vacant commercial blocks along Broad Avenue served as a temporary laboratory for better urbanism. The weekend long intervention, which brought an estimated 15,000 people to the area, has resulted in an estimated $8 million in private investment. The temporary DIY cycle track built over that weekend, which remains in place to this day, also helped Memphis leverage a Green Lane project grant to permanently construct innovative bikeways, including the one on Broad Avenue.

“Learning from the enormous success of A New Face for an Old Broad, the Mayor’s Innovation Delivery Team hosted a Tactical Urbanism Salon in 2012 and is now using tactical urbanism as the middle part of a ”Clean it. Activate it. Sustain it.” strategy for neighborhood revitalization. Indeed, in November numerous partnering organizations and an army of volunteers launched MEMFix. Using several of the tactics already highlighted above, the intervention brought thousands to the Crosstown Arts neighborhood to test out ideas for that area’s rejuvenation. Said Mayor AC Wharton: ‘Too often, cities only look to big-budget projects to revitalize a neighborhood. There are simply not enough of those projects to go around. We want to encourage small, low-risk, community-driven improvements all across our city that can add up to larger, long-term change.’”

We’re not saying that every one of these events will necessarily change the course of Memphis, but as much as anything these days, we need to be reminded that Memphis can be fun, entertaining, and surprising.  And that all things are indeed possible and that even trying to find new life for the long neglected Tennessee Brewery is a risk worth taking –  even if it ends in failure.  The success is in trying.

One of the biggest challenges here is the issue of scale.  We don’t mean scaling the projects but finding the scale of participants that are needed to move this from a phenomenon into a trajectory-changing movement for Memphis.

The tactical urbanism website developed to showcase projects in Denver reminded us of a central fact: Cities like Denver have so many more young leaders and visionaries to throw at projects like these.  Because of it, the rest of us here need to double down in our support for the people leading these projects and help expand the list of people actively engaged in changing things block by block.

Some years ago, we brought John Hickenlooper, then mayor of Denver, now governor of Colorado, and former brewpub owner, to Memphis to talk about his different, distinctive approach to improving his city.  He talked about how he appointed no one to a city job who had worked in his campaign, how he had searched the nation for the best managers in their fields to join his administration, and how a candidate who entered the race for mayor with 3% support became the most popular politician in his state.

But from everything he said that night in Memphis, we have never forgotten one lesson that he said he learned in Denver: “Leaders come from unexpected places.”  As much as anything, it seems to us that the guerilla urbanism in Memphis is opening up lanes for those unexpected leaders to find a place and make a difference.

Which brings us back to where we started.  It might not seem on the surface that guerilla urbanism has anything to do with the most serious problems bedeviling Memphis – the increasing rate of poverty, the continuing loss of 25-34 year-old college-educated talent, and economic uncompetitiveness.  But they do.

That’s because as much as anything, Memphis needs young turks to bring a fresh attitude and approach into the public sector.  They offer what we most need: new energy, a break from the past, new place-based solutions, and new thinking by people who feel no compulsion to be limited by conventional wisdom.

For example, it seems to us that if you connect the dots in Chattanooga, the election a year ago of then 44-year-old Andy Berke can be traced back to the spirit and sense of possibilities unleashed by the CreateHere program which imagined in 2007 that the city once called the most polluted in America could be a hotbed of creativity and innovation.

This is how CreateHere described it: We are “a group of residents and new recruits working for arts, economic, and cultural development in the urban core. We put creative processes to work and connect locals around pressing issues, including safety, education, jobs, and talent retention. Our projects include a leadership development fellowship, a small business planning course, a grants program for creatives, and Stand, the world’s largest community visioning effort.  What inspires our work?  A belief that place-making and connectivity are the source of innovation.  Chattanooga is full of people with ideas, passions, and skills bigger and more diverse than our own.  We work to connect, to support, and to build.”

CreateHere unleashed young leaders from unexpected places and gave them a voice and a way to improvise and improve things, and in so doing, it also unleashed a current of change that gained strength, imagined what the future could be, and set out to make it happen.  Most importantly, the work suggested the kind of leader Chattanooga needed to deliver it, and today, they have a new mayor whose energy, drive, and ambitious agenda are creating new momentum there.

It is regularly the middle class in cities that drive change, refuse to accept inadequate public services, and demand improvements that make their cities more attractive and more interesting.  Memphis hollowed out in the 1990s and we went to the bottom of the city rankings in the percentage of middle class families and neighborhoods in the city.

As much as anything, it is this role as change agents that the tactical urbanists are filling, and if Memphis lets this time pass without making the most of this opportunity to step off in a new direction, it will be a tragedy – one seen now but felt even more as the years pass.

This Week On Smart City: Getting Resilient And Getting Real In Our Cities