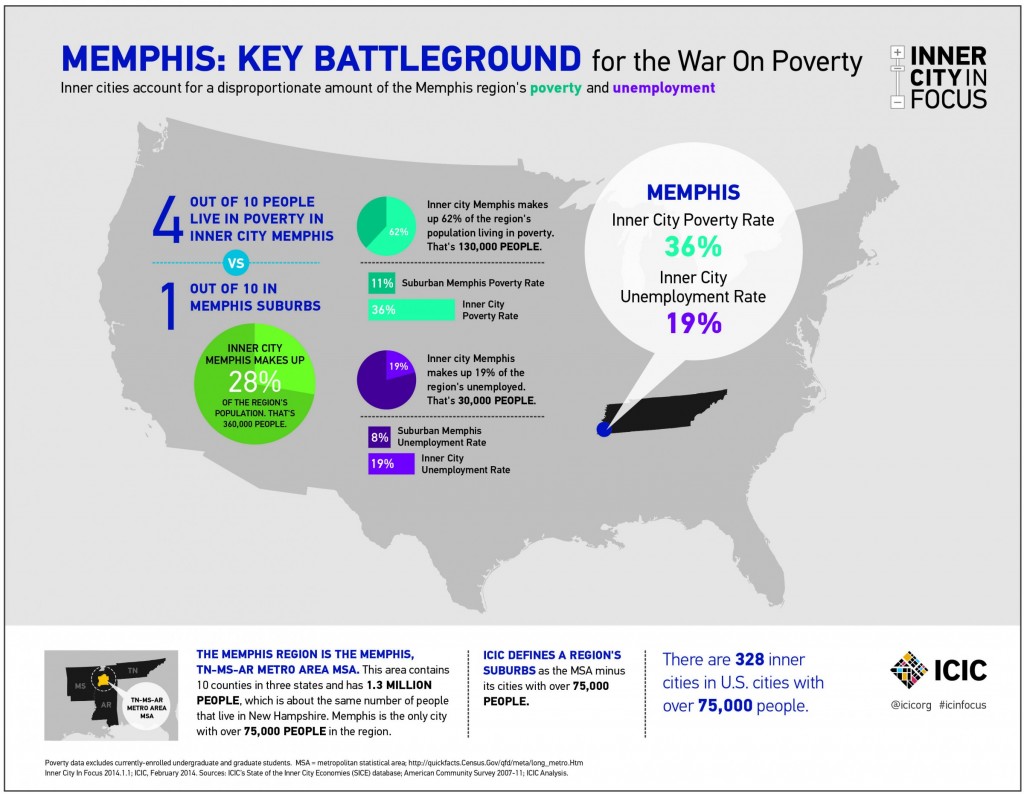 The life of the poor in Memphis is so often about navigating through choices that are too often self-defeating, regardless of which one is chosen.

There’s the penalty that is paid if you are a resident of public housing and get a job.  There’s the challenge of finding services for your child in neighborhoods where services are being cut by governments that claim to care most about children.  And there is the way that poor men and women are forced to buy a car to get to job centers that aren’t on a public bus route.

The last one is especially burdensome because the poor often has no choice but to absorb the cost of operating a car to get to jobs – even though some don’t even pay a living wage.  In other words, the cost of a vehicle is eating up disposable income and is tantamount to making the working poor even poorer.

Get the Evaluation Right

Life is hard enough in this part of Memphis, but it’s made even harder by the fact that residents often have to buy cars to get to many job centers, whether they are the 1,200 jobs promised at Electrolux on Pidgeon Industrial Park or the 1,000 jobs promised for Goodlett Farms at Conduit Global’s call center.

Both of these projects receive business incentives from the public, so it seems only fair that the evaluation matrix used for projects like these should include a new category – whether the site is served by a MATA bus stop.

A Drag on Our Economy

It’s worth remembering in the glow of the announcement about the call center jobs by Governor Bill Haslam that he has the ability to use Tennessee Department of Transportation (TDOT) funds to pay for public transit.  While TDOT has long been captive to the political influence of Tennessee’s roadbuilding industry, TDOT budgets could have been used to pay for a bus route extension to Goodlett Farms while MATA and the City of Memphis considered a permanent solution.

State of Tennessee is among the states with the lowest level of support for public transit.  While bragging about its economic development programs and its agenda, it seems only logical that state government would consider how it could help get workers to jobs.  From the inner city, it regularly takes 90 minutes to reach many job centers – if they can be reached at all – by bus.

Our point is that poverty is more than an income problem.  It’s also a housing and transportation problem which drains disposable income and gives families less to spend on improving their lives.  In metro Memphis from 2000 to 2009, median income increased 12.7% but housing costs increased 25% and transportation climbed 40%.  In other words, the obligatory purchase of a car and its operations is no different than a direct pay cut for tens of thousands of Memphians.

Here, housing and transportation costs consume 58% of the average median household income.  It’s one of the highest percentages of the top 51 largest cities.

There is no one who is committed to making Memphis’ future brighter who shouldn’t be focused on reducing poverty.  It affects every measurement and indicator for Memphis and puts us at the bottom of the rankings for the factors that matter – like per capita income, educational attainment, job penetration rates, density, and startups.

We got another reminder this week of the importance of dealing with poverty here when the highly respected ICIC (Initiative for a Competitive Inner City) called Memphis a “key battleground for the war on poverty.”  More than anything, it foreshadows the importance of the Blueprint for Prosperity plan announced by Memphis Mayor AC Wharton during his State of the City address.  He said the program’s goal is to reduce Memphis’ poverty rate from 27% to 17% in 10 years.

ICIC reported that the inner city poverty rate in Memphis is 36% and the inner city unemployment rate is 19%, compared to the rate in suburban Memphis of 11% and 8% respectively.   By the way, inner city Memphis makes up 28% of the region’s population, and it is the single largest inner city in the entire Southeast, according to ICIC.

“We know that cities serve as the anchors to their MSAs, and as such, Memphis is this region’s economic anchor,” ICIC wrote.  “But what that also means is that the region’s primary anchor struggles to fight poverty and its associated challenges.  Poverty alleviation strategies that focus on the inner city can offer the greatest impact on the lives of residents.”

If there’s good news for Memphis and for the Wharton Administration as it pursues its anti-poverty goal, it is this conclusion by ICIC: “The concentration of poverty within such a small geographic area – inner city Memphis represents only 3% of the total MSA land area – means that poverty alleviation strategies implemented in the inner city can reach a significant number of people.  These strategies can then be replicated throughout the region.”

The Past Is Never Dead. It’s Not Even Past.