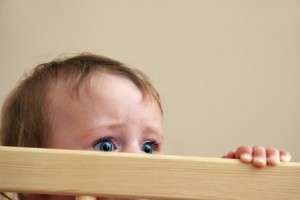 “We are a nation of idiots about infancy.”

It was unquestionably a slap-in-the-face wake-up call, but there was no rebuttal to offer after recently listening to the convincing case laid out by Robin-Karr Morse, author of Scared Sick: The Role of Childhood Trauma in Adult Disease, family therapist, and former director of Parents Training for the Oregon Child Welfare System.

“The majority believes that what does kill us makes us stronger and that kids won’t remember what happened to them” in their first few years of life, she said in a presentation sponsored by The Urban Child Institute.  And yet, just the contrary is true.  Early childhood trauma, which includes chronic fear, is the trigger for heart disease, diabetes, obesity, depression, and addiction later in life.

New and breaking neurological research, Ms. Karr-Morse said, proves that the first months of life may set the course for our health for the rest of our lives, and in particular, the conventional wisdom that babies and toddlers forget their trauma is simply wrong.  “Emerging research on the brain and immunological systems tells us that what happens emotionally affects us physically,” she said, explaining how innate fight-or-flight impulses, which are normally a protective response to life-threatening events, can become an agent of chronic illness if overworked as it is the lives of so many American children, particularly those living in dire poverty. 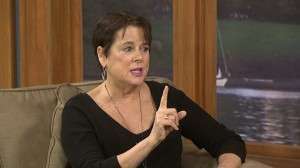 New information is showing that genes may not be the culprit as much as the overuse of this fight-or-flight response which affects the protein surrounding the genes, Ms. Karr-Morse said.  “When a child can neither fight or flight, terror in the face of helplessness results in a freeze response,” she said, explaining the biology and physiology behind it.  “When it exists over time, these children are on red alert for danger and it is permanently set.  Trauma is fear frozen in the body physically.  Strong emotions for children don’t just come from child abuse but from toxic trauma, which is much more than just stress, that prevents babies’ abilities to cope.  Babies can be born traumatized when the stable envelope of love is broken.”

Ms. Karr-Morse cities a litany of trouble signs about Americans’ health that are linked to toxic childhood:

* U.S. is last in infant mortality rates and longevity among the seven largest industrialized nations in the world.

* One in three children born five years ago will develop diabetes in their lifetimes.

* An estimated 26% of all children in the U.S. will experience or witness trauma before their fourth birthday.

* One in 100 infants born each year have fetal alcohol spectrum disorder, the leading preventable cause of mental retardation and birth defects in the West.

Kick in the Pants

Here’s the kicker: Memphis is close to the bottom of the rankings and if any city and region have reasons to get serious about these indicators, it should be ours.

And, trauma is the major cause previously unseen.  “Supporting, healthy relationships are the best medicine for good health,” said Ms. Karr-Morse.  “The elephant in the room is emotional trauma.  It’s clearly a key factor in altering horrible health outcomes in Memphis.

“Memphis is currently on the bottom in health indicators.  What if Memphis created a plan to show the rest of the nation how it can shift the rankings? Memphis can’t be comfortable with the status quo.”

Key to turning things around is brain development that begins in utero, she said.  “The brain overall is built by stimulation,” she said.  “Early trauma stimulates emotions and takes away the focus needed to learn language.  The issue of making change in Memphis requires a continuum concentrating on 0-3 (ages).”

Getting The Message Out

Most of all, the media need to help “give people a sense of what they can do about childhood trauma,” said Ms. Karr-Morse.  “Memphis can teach the rest of the nation.  Memphians pay a premium for trauma.  You have the best people and no city has a more caring group, and you have a moral responsibility to convey” the seriousness of the trauma and the actions to address it.

Locally, Memphis Mayor A C Wharton is on the right track with his focus on redefining the city’s responsibility in education from funding Memphis City Schools to investing in early childhood programs and interventions.  The mayor’s new committee developing recommendations on early childhood strategies would find it worthwhile to reach out to Ms. Karr-Morse and to concentrate on the negative impact of early childhood trauma on a child’s school readiness.

Nationally, the U.S. is one of only four major countries that don’t have a national universal parenting program, a national policy that guarantees paid parental leave from two months to four years.  Ms. Karr-Morse said that we should imagine a nation that rather than simply punishing parents who fail to adequately nurture their children, our nation begins rewarding parents who invest in pro-social practices known to build educational and social success and health.

It’s hard to imagine that we can achieve such a national policy until more balance can be brought to the federal government, where the pledge of allegiance seems to be for all things capitalism rather than for a corporate social compact that recognizes that the U.S. government exists as the servant to the people.

Here at home, we can take actions to address this malignant drag on our regional ability to compete, but more to the point, this is one time when all factors converge – moral, economic, spiritual, and patriotic. 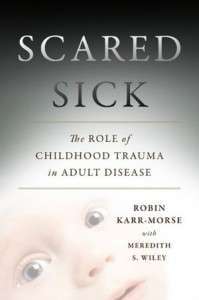