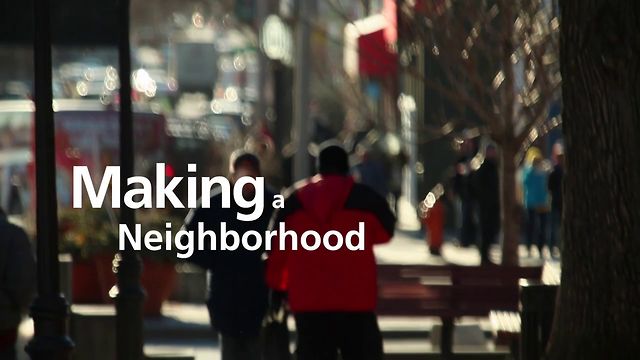 There’s so much under way in Memphis that’s exciting in the way that they are creating new economic engines and adding new quality of life assets, but often, people in neighborhoods out of the mainstream – those under serious stress and in decline – feel like all of these projects are about someone else.

This perception is solidified by the fact that it seems that any request for major local government funding for public improvements that rivals the amounts granted for private projects is met with a quick response: there is no money in the budget.

We were thinking about this last Friday as we wrote our blog post about doing whatever it takes – and whatever it costs – to bring Main Street up to quality standards rather than doing whatever is allowed by the amount of money in the Main to Main budget. By the way, on this subject, it’s worth remembering that the Downtown Memphis Commission is a joint city-county agency, and when it was established, Shelby County Government yearly provided capital funding for crucial downtown projects.  It would be a sign of progress if Commissioner Steve Basar, who represents the county board of commissioners on the downtown redevelopment body, becomes an advocate for his government to resume its financial responsibilities to downtown Memphis.

After a decade in which there have been few local government investments in growth strategies and neighborhood improvement programs, it’s time for a major funding plan to stabilize neighborhoods that still have that potential and propel neighborhoods that are strategic for the future of Memphis.  Perhaps, neighborhood advocates should learn a lesson from the private interests that manage to get millions of dollars in direct funding and a tax freeze to boot.  For Memphis neighborhoods to receive funding that is needed to address their problems, they need to organize, get politically involved, and lobby relentlessly.

It’s a reality that it makes sense to take a triage approach to Memphis neighborhoods, because sadly, some neighborhoods are too far gone with such poor odds for ever rebounding that they will be low priorities for funding.  These are neighborhoods where blight and vacant and abandoned houses are the rule, not the exception, and the costs of recovery are astronomical.  To revive the neighborhood would essentially mean building the neighborhood anew from the ground up.

As we wrote Friday, local government too often waits for or is too dependent on federal and state funding to pay for improvements whose costs city and county governments should have in their budgets whether the non-local money is available or not.  As we wait for money to flow from afar, public infrastructure crumbles, maintenance is deferred, and public improvements are delayed indefinitely.  As a result, what often begins as a problem regularly becomes a crisis.

That said, Memphis City Councilmen Jim Strickland and Lee Harris deserve credit for proposing tax abatements for abandoned property.  Their proposal was approved by City Council, paving the way for a pilot program that can open up options that are now unavailable because of outstanding back tax liabilities.  Of course, the back taxes are unlikely to get paid anyway, so it makes good sense to do whatever is possible to improve the neighborhoods.

There are reports that Shelby County Government is unconvinced about the wisdom of this plan, but we hope that common sense will win out.  After all, the most likely option is that county government will get no taxes from these properties because the back taxes are too much of an obstacle for their purchases and renovations.  The plan is to begin with a small target neighborhood so the assumptions can be tested and the results measured.

Put simply, at a time when local government is waiving about $100 million a year for companies and multi-national corporations, it seems a small price to pay to revitalize Memphis neighborhoods.  After all, it is the neighborhoods that are picking up the tab for the services being used by these companies who pay nothing.

Speaking of tax freezes, it is also encouraging that EDGE, the city-county agency doling them out, is putting some funding into economic gardening, which focuses on businesses that are beyond the start-up phase and positioned for high growth.  The strategy is to provide these businesses with strategic information, quality business infrastructure, and connect them with markets and individuals to help them grow.

At this point, it’s only a token amount – a few hundred thousand dollars – but it is a step in the right direction.  Hopefully, EDGE will come to realize that economic gardening is the smartest kind of economic development and it invests more heavily and without watering it down with a suburban emphasis.

But back to the future of Memphis neighborhoods, what are the priorities for local government that neighborhoods would see as movement in the right direction?

One, develop a vision for Memphis that includes neighborhoods as the centerpiece.

There is ample rhetoric in the halls of government about the importance of neighborhoods, but the public sector largely leaves it up to nonprofits, philanthropies, and federal government to improve them.   A mature community not only has a neighborhood vision that it can articulate, but it has turned it into a plan of action that achieves that vision with a broad base of partners inspired by opportunities for the future.

Second, develop an inventory of neighborhood assets on which the future can be built.

In particular, these are anchor institutions that might range from U of M in the University District to a museum/college in Soulsville or an activist church in South Memphis.  Serious and successful economic development is about lots of small things rather than a big magic answer, but it begins by building each neighborhood on its authentic, distinctive assets.

No one has stronger convening powers than local government, and it needs to exercise them to bring all kinds of leaders to the table – neighborhood associations, faith-based groups, community organizers, educational leaders, developers, business leaders, and more.

Neighborhood leaders are too often confronted with a confusing, often baffling, array of bureaucratic policies and programs.  Local government needs to sweep away duplications, fragmentations, and needless bureaucracies so that neighborhood leaders can encourage innovative ideas and more efficient dealings between government and neighborhoods.  There should be policies that revitalize a distressed neighborhood, offer the flexibility of smart zoning, encourage incentives for densities, and incentivize private sector investments.

Too often, we operate on an attitude that all development is created equally.  The attendant byproduct is often low standards and the lowest common denominator. Memphis suffers from low self-esteem that flows into neighborhoods and results in an anything goes attitude that trickles down from the halls of government and economic development agencies.  Strategic investments should be tied to a neighborhood’s own vision of itself and speak to its highest ambitions.

Sixth, government should cooperate with neighborhoods for the benefit of both.

All of the rhetoric about the importance of neighborhoods has to be converted into tangible, meaningful collaborations aimed at achieving neighborhood priorities.  The façade of cooperation between local government and neighborhoods is worse than no cooperation, because it saps energy and distracts from opportunities for progress.

That legendary river writer Mark Twain wrote: “We take stock of a city like we take stock of a man.  The clothes or appearance are the externals by which we judge.”  Our neighborhoods are our externals, and we need to make sure that their image is a top priority because they are critical to our economic success. 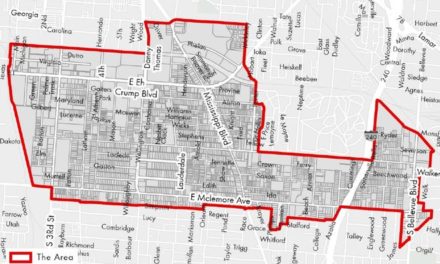