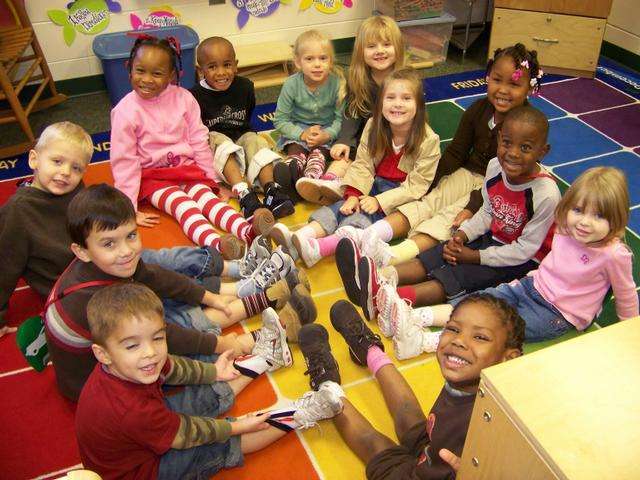 When we look to cities that are moving in the right direction these days, it’s almost inevitable that there was a point in time when a strategic decision or investment was made that changed their trajectories for the better.

The best investments – the ones that have the traction to change things – are rooted in what’s distinctive about the specific city itself.  This is something that the private sector has known for some time: competitive advantage is found in differentiation.

It’s that differentiation that tells us why Pre-K means so much to Memphis and its future.  It’s also why we have to approve the referendum on the ballot to increase the sales tax rate so that every child has a fair start in life.

Here’s why it matters: When compared to the other 51 largest MSAs, Memphis is in the top of the rankings for the percentage of the population under 18 years old.  As Portland economist Joe Cortright has said: “While other cities are trying to recruit talent, Memphis has it already in its classrooms.  Of course, the trick is to get these students educated and receiving degrees that prepare them for the jobs of the future.”

In that way, for us, Pre-K is more than an educational strategy.  Rather, it is a talent strategy.

That’s why we have written so many posts in the past in support of Pre-K, and why we think the upcoming referendum is the opportunity to walk the walk and not just talk the talk about how important our children are.

When it comes to Pre-K, it seems to be one of those times when research and common sense converge.  After all, any of us who can afford to pay for our children or grandchildren to enroll in quality Pre-K do it, and we do it because we have seen the improvements that come from this early introduction to language, thinking, self-control, and pride in achievement.

However, this is denied to too many children.  Fewer than half of the 242,000 children in Shelby County are economically secure and 40% of children in Memphis live in poverty, where the odds of climbing the income ladder are stacked against them.  In this way, Pre-K is an early effort to level the playing field and give children often treated as liabilities the opportunities to become talented assets for our community as it works to compete for jobs in the knowledge economy.

There is no more important priority in Memphis than a high-skill workforce, but we are now ranked 46th in the 51 largest regions in the percentage of college-educated 25-34 year-olds (and the percentage of college-educated workers accounts for 60% of a city’s economic success).  To improve those percentages, there’s no better time than to start at the beginning and set in motion a different future for our youngest children.

Like all public policy issues, ultimately, our task as voters is to assess all the research and determine what the consensus is.  For us, the body of research underscores its value and emphasizes its potential for Memphis, because of the hundreds of studies about Pre-K and early child development, it is the consensus opinion that Pre-K matters and prepares students for learning.  To read more about these studies and their conclusions, click here for the sister blog post to this one.

And yet, the importance of Pre-K is about more than academics.  That is of course important, but more to the point, it’s about school readiness, and school readiness is about language and literacy, thinking skills, self-control, and self-confidence.

Children learn about language by listening to words, and Pre-K strengthens vocabulary and readiness to read.  Pre-K encourages and leads children to think conceptually and connect concepts to form new ideas.  Pre-K teaches children how to act in school, what good behavior is, and why it’s important to listen to teachers.  Pre-K makes children self-confident and ready to learn as they enter school instead of seeing themselves as failures at the age of six by failing kindergarten or first grade.

For every $1 spent on Pre-K, there is a $5.12 benefit.  By the time children who attended Pre-K are 27 years old, they are three times more likely to own a home than someone who did not attend Pre-K, twice as likely not to receive welfare and social services, and four times more likely to earn a higher annual income. In addition, people without Pre-K are twice as likely to be arrested by the time they are 27 years old.

A school system where children are five and six years old when they enter a classroom has not acted wisely on brain development research, which tells us that the brain is growing to 80 percent of its adult size and that vital learning is taking place before a child is five years old. This is time that cannot be wasted.

For too long, Pre-K has been seen as a worthy thing to do but not as an absolute necessity. Today, we know better. Pre-K can transform children’s lives, resulting in everything from improved vocabulary to improved school attendance to higher graduation rates.

The American Dream is the bedrock belief that we live in a country where anyone can succeed. That dream has been possible because America led the world in education for 150 years, but today, there are trouble signs.  At a time when human capital determines which cities succeed and which do not, we have a chance to invest early in human capital by investing in Pre-K.

In truth, there is no greater responsibility that we have as a community than to give every child a fair start in life, regardless of where he lives or how much his family earns. That’s what Pre-K is all about, because it produces the magic that occurs when we give children their best opportunities to prepare them for what lies ahead in their lives.

In the coming weeks, all of us have a chance to become advocates for passage of a sales tax increase that will fund Pre-K.  We talk often about Memphis needing a brand that speaks to who we are and what we value.  As for us, it’s hard to think of a better brand than for Memphis to be known as a city that cares for its children.

There is nothing as powerful as an idea whose time has come.  Pre-K’s time has definitely come.

No Methadone For Tax Freezes Addiction