New research from a Vanderbilt study released Thursday supports national and local studies that preschool helps children succeed in school. The study, still in its interim stage, reflects many of the same behavioral gains that have been found in more complete national studies.

* Vanderbilt found that children who attend PreK are promoted from kindergarten to first grade at twice the rate of peers, have higher attendance rates and are therefore less likely to engage in risky behavior and more likely to graduate from high school and be prepared for the workforce.

* Focusing on local PreK, and going a step further than the Vandy study which won’t be complete for two years, the longitudinal impact of Memphis City Schools PreK study conducted by Dr. Marie Sell released in March 2013 takes a more complete look at academic gains in particular, and shows dramatic improvement in academic scores for Memphis children who attended PreK, including better language, math and reading skills.

* PreK is the ultimate game-changer for our city and the first intervention that begins the journey. If we don’t establish interventions for our most at-risk children, we are going to lose another generation to poverty and crime.

* Less than 1/3 of our community’s four year olds are enrolled in PreK. It is imperative that we provide the means for every child to attend high quality PreK and that no child will be turned away because of insufficient funds.
The Local, State and National Research  —

Local. The longitudinal impact of Memphis City Schools PreK study conducted by Dr. Marie Sell released in March 2013 takes a thorough look at TCAP scores and shows dramatic improvement in academic scores for those who attended PreK.
* At kindergarten entry, MCS Pre-K and Dual PreK/SCHS services children scored higher on the KRI on measures of both Pre-Literacy and Pre-Math competency.
*At the end of second grade, MCS Pre-K and Dual PreK/SCHS Services children scored higher on the (nationally normed) SAT 10 assessment of reading and mathematics learning.
* At the end of third grade, students from all three early education cohorts (MCS Pre-K, SCHS alone, and Pre-K/SCHS Dual Services classrooms) earned higher scores on all sections of the TCAP exam.
State. Vanderbilt University finds kids in PreK are promoted from kindergarten to first grade at twice the rate of peers and have better attendance records – both predictors of long-term achievement and pro-social behaviors.
* “There aren’t that many kids retained in kindergarten, but it’s twice as many, basically, among the kids that didn’t go to pre-K,” said Mark Lipsey, director of the university’s Peabody Research Institute. “At this interim stage (of the study), in my view, that’s the strongest indicator that there’s something going on — some sustained effect of pre-K — that matters in a non-trivial way for how these kids’ school careers are unfolding.”
* The Vandy study shows early behavioral effects are strong, which is supported by other prominent studies demonstrating PreK’s major positive impact on longer-term outcomes including academic success, drop-out rates, teen pregnancy and incarceration.
* However, the Vandy study shows early academic effects (literacy and math) were modest compared to those found in well-known studies of PreK in Boston, Tulsa and New Jersey. Additionally, according to Vandy those academic effects have faded by first grade, which national studies have shown happens consistently with lesser quality programs having lower initial effects.
National: National Institute for Early Education Review (NIEER) of 123 U.S. studies on PreK.
* Long-term effects include gains on cognitive tests, improvements in social and emotional development and behaviors resulting in reduced incarceration and teen pregnancies, and improvements in school success including less grade repetition, less special education placement, and increased high school graduation.
* The larger the initial cognitive effect, the more substantial the long-term cognitive gains. The average long-term cognitive effect in the United States is about half the size of the average initial effect, suggesting that relatively large initial effects are required to produce substantial long-term gains.
* Program quality really matters in retaining cognitive gains. Cognitive gains from preschool programs are larger with high quality programs. When programs focus on intentional teaching, small group learning, and individualized teaching, they produce long-term cognitive effects equivalent in size to one half or more of the achievement gap between minority and white children or low-income and other children through the end of high school.
* Even in high quality programs there is some decline in cognitive effects after children enter K-12 school, but on average effects remained substantial throughout the school years. Research indicates a “Catch-up” by control groups vs “Fade-out” of study group can be caused by costly remedial support such as grade repetition, provided to unprepared children who then “catch-up”, offsetting the cognitive advantage (but not the behavioral or social-emotional advantage) of those who were ahead after PreK.
In Conclusion –
According to NIEER’s blog comments Friday on the Vanderbilt study , in Tennessee is more than $2000 per pupil short of what is required to provide high quality preschool education in the state.

* Furthermore, there is no system in place to measure Tennessee’s PreK program, much less to improve it and guarantee quality.
* At the same time, local studies show local success. Memphis PreK has consistently measured outcomes, focused on quality and is demonstrating the kinds of academic gains that are possible.
* While we can’t fix all of Tennessee’s PreK programs right now, we know what works in Memphis.
* The PreK Commission will trail-blaze in the state and the nation a commitment to quality PreK education for Memphis’ children; and the rigorous measurement, evaluation and quality assurance that it will employ will create long-term, substantial return on investment for Memphis taxpayers and pay strong dividends for Memphis’ future prosperity.

Blurring The Lines For Schools’ Oversight 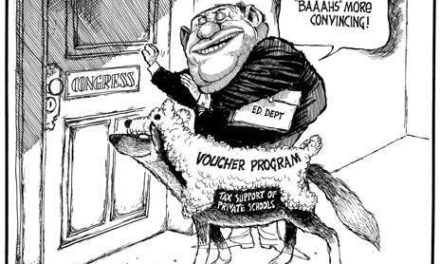 Germantown’s Amnesia: Why County Schools Are In The Town