Facing the Facts to Find a Better Economic Future 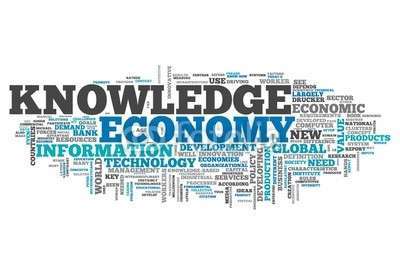 Memphis and Shelby County need an intervention, and it will take the bully pulpits of the mayors to lead it.

Like all interventions, this one begins by facing facts:

* Memphis is a national leader in families living in poverty, families headed by single parent, and children in poverty

*Memphis’ grade in economic security is D, compared to A for Little Rock, B for Nashville, and C for Birmingham

*The #1 source of new residents in Nashville is Memphis

* Memphis MSA – among 51 largest MSAs – is #45 in venture capital, #48 in entrepreneurship, and #49 in small businesses, and #51 in percentage of creative workers

* Income inequality is growing – the Gross Metropolitan Product equals $83,000 per person but the average per capita income is $21,397 in Memphis and $25,470 in Shelby County

If one thing is clear, it is that whatever we are doing isn’t working.  That’s why fresh thinking is needed about the way economic development should be practiced, what its goals should be, and how we compete in Memphis and Shelby County in a transformed economy.

For way too long, we have had an overreliance on tax freezes, and it now has a trend line that would waive almost $1 billion in taxes over a decade.  It should be obvious that the current tax waiver program (PILOT) is a race to the bottom, unsustainable, and the most self-defeating aspect of our emphasis on being cheap.  That said, the most liberal tax freeze policies in the nation are only a symptom of the underlying failure of our community to have a logical, coordination, interconnected economic development plan.

The message from the negative trend lines for our languishing economy is that we have been slow to adapt to a rapidly changing global economy.  Because of the recession, there is a new normal, and we believe a key reason for our continuing negative indicators is that we have not come to grips with the structural problems of our economy and developed hard-nosed plans to correct them.

Successful economies in the future will be those that can adapt quicker and better to the realities of the new economy.  The first step toward that future is to reverse the present trends and to relinquish the past to pursue an economy that is more knowledge-driven and entrepreneurial-directed.  A primary reason that our economy is  lagging is because of slow growth in dynamic, high-wage sectors of the knowledge economy.

Meanwhile, our energetic battle for talent needs to be backed by real money and a substantive plan of action.  The good news is that so many organizations are intent on attracting and retaining talent, but talent is still not central to our economic development policies.  There is a lot to talk about talent, but there is no real comprehensive, detailed agenda that involves all economic development entities – public, private, quasi-public – into a campaign to increase the percentage of workers with college degrees (which determines 60% of a city’s economic success).

In this context, it’s worth remembering that our school system is essentially in the talent business, and with an anomalous bulge in the percentage of the population that are students (when compared to the 51 largest MSAs), the national rhetoric about the importance of our children is a fact of life in Memphis: the future of our economy is indeed being written in our classrooms today, and the results in getting them ready for these jobs will set the course of our community.

And speaking of talent, so many successful stories about cities these days are also often successful stories about universities.  University of Memphis remains the major source of college-educated workers in our community, but its full potential has hardly been recognized, much less supported, as an essential element of an economic development plan. Most of all, high-quality research in all of our universities are the seedbeds for economic innovation.

A Playbook Is Needed

Higher education institutions are the most important assets in Memphis becoming competitive in the knowledge economy.  In addition, there is a crucial role for our community college to play in its ability as a full partner in workforce development.

There are a number of things that should be done immediately to assemble an economic development that abandons our traditional economic development policies, approaches, and thinking and sets an ambitious course for the future.  Two mega forces – technology and globalization – are transforming our economy, while we continue to emphasize old school economic policies.

There is one thing from our past that is worth repeating.  We need once again to set clear targets for economic growth in areas like new jobs, and we need to be honest with ourselves.  The recent layoffs at FedEx wiped out all of the jobs gained with Mitsubishi and Electrolux, but without the jobs goal and a report card, we can hypnotize ourselves into thinking that we are making progress.

There was a time when we yearly creatied 15,000 net new jobs was a regular accomplishment, but these days, achieving 3,000 jobs is reason for high fives.  We have to elevate our ambition, develop an aspirational view of a future in the knowledge economy, and we have to find roles for everyone to play.

Much to be Done

In this kind of plan, there is indeed room for everybody.  That’s because quality of life is one of the fundamentals for economic growth, and in a world going greener by the day, we need to set out to create a green city known for its public investments in green assets and private investments in green systems, processes, and products.

There are people – local and national – who question whether we can change the trajectory of this community, and there’s nothing that can have more impact than sending an unexpected message to the rest of the country – and most of all, to the talent we need for economic success – that Memphis is not what they think it is.

That’s why there’s nothing that we can do as part of our economic development program more important than to send a city brand that is more about green than grit.

There is so much that needs to be done – from creating a modern philosophy to higher goals with specific measurements and the tactics to achieve them.  They begin with an attitude that demands success, and that’s something no one can do as effectively as the city and county mayors.

In addition, we need someone who sees and understands the global framework to help us and set out our goals for the future.  This global perspective needs to be disciplined about creating an understanding about how important cultural sensitivities, understanding, and tolerance is to our future and establish a network of formal and informal connections that can be leveraged for economic advantage.

Our success is tied to shifting from the old and embracing the new.  These are just a few ideas, and in the next few posts, we’ll explore others.  If you have any suggestions about the economic development agenda for the future, we hope you will share them with us.

The Living Wage Crisis: Too Many Making Too Little

Hoping for an EDGE in a Post-IDB World