Could Memphis Be A Resilient City?

It’s as bold a move as one could imagine. The Rockefeller Foundation, celebrating its 100th anniversary, is launching a “100 Resilient Cities Centennial Challenge.” It will invest $100 million in 100 cities across the world that come up with the best and broadest plans to cope with massive natural and man-made shocks of the time.

In accepting the award, each winning city will be required to appoint a “chief resilience officer” who will work across departments to make sure strong city resilience plans are developed, refreshed and strengthened over time.

As Rockefeller Foundation president Judith Rodin puts it, we’re in a time when a “once-every-hundred-year storm becomes a once-a-week storm somewhere.” Climate change is leading to massive disruptions – all in addition to potentially dire earthquake, tsunami and infectious health challenges.

And with humankind crowding into cities by the billions – numbers unprecedented in human history – metropolises become the dominant stage for humanity.

The Rockefeller Foundation is especially concerned that the shocks of the times, while a peril to all, may most seriously affect poor and vulnerable people who have fewer means to recover.

Yet some may ask: Isn’t it too intrusive for a single foundation to suggest recipient cities must appoint an official with a previously unknown title and duties – “chief resilience officer”?

One reply: The idea comes from a proven friend of humanity. The Rockefeller Foundation has already invested deeply across the world, including in the Green Revolution of the mid-20th century, which introduced crops and production methods credited with saving more than a billion people from starvation.

Second, it’s critical that cities, for their fast-expanding billions of people, focus on resilience. The word is new, a bit strange to our ear. But it has real promise. It suggests toughness, fitness and a no-excuse ability to cope with broad ranges of crises. Resilience may not have the instant verbal appeal of Green Revolution. But it’s just as essential for humankind.

A resilience officer should be a point person for continuity and keep city departments talking and collaborating on survival and long-term sustainability issues. He or she, notes Neill Coleman, Rockefeller’s vice president for global communications, should be part of the executive function of the city, not necessarily a line executive but an officer with the ear of the mayor and city leadership.

I’ve seen the need in my own reporting, as I’ve covered initiatives for better climate change protection, improved utilities, transportation and neighborhood quality initiated by such mayors as Chicago’s Richard M. Daley, New York’s Michael Bloomberg and Los Angeles’ Antonio Villaraigosa. Their programs qualify as landmarks of forward-thinking city initiatives. But will they still be active and extended across city departments two, three or five years from now? A chief resilience officer could be the key champion of continuity.

Superstorm Sandy played a role in Rockefeller’s new initiative: Rodin was cochair of a task force, “NYS2100,” commissioned by Gov. Andrew Cuomo, which has set forth a bold plan for building New York’s capacity to bounce back from inevitable future stresses and shocks.

To minimize the effects of broad scale electric power failures during severe storms, the task force suggested creating incentives for “distributed energy” – power from many small power plants with diversified fuel sources. A companion strategy could be “islanding” – isolating areas hit by severe system breakdowns so they don’t shut down a whole city or metro area power system.

Then there’s money – how can cities afford the massive repair and recovery costs huge storms make necessary? [One example: The May 20 tornadoes that hit Moore, Okla., and the Oklahoma City area are estimated to have caused $2 billion in damage.] The NYS2100 commission suggested creating infrastructure banks to attract private capital and pull together money to repair storm-created physical damage. Or they might create disaster insurance policies for local governments – dubbed “sovereign insurance” – in which cities turn to private capital markets to buy prefunded insurance that will cover their potential losses in disasters.

Rockefeller’s selection of cities will roll out over the next three years. The hope is that it will create an expansive dialogue among world cities comparing notes and experiences on how they gird themselves against the extreme perils, flood and drought to tsunami and terror that the 21st century is presenting.

In five or 10 years, will cities still have many of the chief resilience officers Rockefeller is recommending? Maybe not – they’re just a means, not a goal. But I’d be hopeful. How else will cities keep focused on their resilience strategies, keep them rolling year-to-year and mayor-to-mayor, unless there’s a clear eye and voice at city hall to stay on task? That’s a major challenge for not just 100, but thousands of cities across the globe. And, one can argue, it is no less critical for human life and welfare than the Green Revolution was in its time. 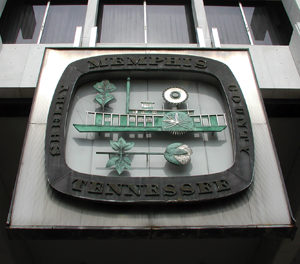