MPO Paving Over Good Sense About Its Name Change 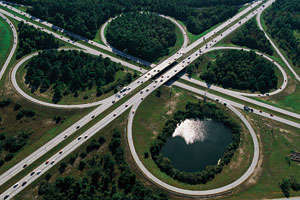 We almost said that the Metropolitan Planning Organization’s decision to change its name would be one of the dumbest decisions it’s ever made, but then, we had to remember who we were talking about.

Only in the time warp in which the MPO exists would this even be considered as a smart thing to do.  After all, every one who cares about economic growth and urban health understand that regions are the economic units in the global economy, and if the MPO changes its name,  people interested in the Memphis region will have to figure out where in the heck the Mid-South is located.

We Are The World

We were once in a city in Oklahoma when the news of the night said, “Today, in the Mid-South…”  There’s a whole bunch of businesses in the Nashville (and even the Clarksville area) whose names start with the word, Mid-South.  There’s the Tennessee Mid-South Aviation Maintenance Conference – held in Nashville.

The same is true in Alabama all the way from Florence to Selmer, where companies claim and reporters report using Mid-South as their geographic identifier. Then, there are companies like Mid-South Construction and Building Products, which happens to be located northeast of Atlanta, and Mid-South Painting, which happens to be in Atlanta itself, that claim a Mid-South location. Then, there’s the Midsouth Three Day Event and Team Challenge, which takes place in Lexington, Kentucky.

It’s the Memphis region, stupid, and whether you like it or not, it’s the Memphis name that tells everyone where the MPO is located and tells the world the economic unit in which we all are competing.

At this point, if Memphis hasn’t demanded that its name be taking off the MPO for decades of failed policies and poor planning that were not in the city’s best interest, we don’t know what the other members of MPO should be complaining about.

We can appreciate the MPO’s interest in rebranding itself and hitting the reset button.  It sure needs to, but the best way to do that is to change reality rather than its name.  The need for intelligent, mature transportation planning in the Memphis region has never been more dire.  I-269 promises another direct hit on the urban core’s vitality and MPO plans for more and more lanes of asphalt (its 2040 long-range plan has only minor funding for rojects inside Memphis) serves no one well in the long run (although some of its suburban and rural members aren’t able to see that yet).

It’s inane that this region is still pandering to those who are uncomfortable with saying they are part of the Memphis region, especially since it is Memphis that continues to provide the bulk of regional jobs and drives the economy.

We thought this issue was resolved once and for all back in 2001 when the governors of Tennessee, Arkansas, and Mississippi – at the request of the Shelby County mayor – came together to create the Governor’s Alliance for Regional Excellence.  After two years of studying what makes our region work and developing recommendations for specific actions to expand our economy, the governors gathered at the Peabody Hotel to issue the long-awaited, much ballyhooed report in a high-profile meeting.

The report was called The Memphis Region Sourcebook.

If it was good enough for the three governors to endorse the name, Memphis region, it should be good enough for the local MPO.  It was not a decision that was made lightly at the time.  It was discussed and debated, but in the end, the decision was logical and obvious: If regions are competing with one another for jobs, economic growth, and investment, they need to be as specific as possible about where they are, and to the world, this is the Memphis region and that’s how it will be competing.

If the MPO is concerned about its image, it should be paying more attention to its track record.  As Chuck Marohn of Strong Towns summed it up well last year:  “The MPO is the single largest obstacle to positive change and reform that Memphis has to deal with. This is ironic because it is an organization that works on broad consensus, does not project much power and authority and seems bureaucratically averse to controversy. The MPO holds the purse strings for billions of dollars, however, and that money that has been and is continuing to be used to reshape the Memphis region in a way that is destroying its long term financial viability. This system needs immediate reform.

“The first thing to note about the MPO is that it is not really a planning organization. Community planning and regional planning involves much more than simply allocating transportation dollars. Transportation has an enormous impact on land use, but land use also dramatically impacts demands and preferences for transportation.  To be completely blind to one half of that equation, or worse, to believe that government transportation spending is simply a response to demands of the free market is dangerous, particularly when dollars allocated by the MPO overwhelm any other capital spending or local economic development initiatives.

“Contrary to the current focus of the MPO, the Memphis region does not have a congestion problem. Congestion is a symptom of poor land use practices that give people no option but to utilize the hierarchical road network for every trip. Since money allocated to transportation projects through the MPO go predominantly to fighting congestion, it reinforces the existing hierarchical road network. Ultimately, that spending simply increases the congestion problem while moving it from one place to another. The only way for Memphis to deal with congestion is to reform the region’s approach to land use.

“Unfortunately, there is no mechanism currently within the MPO to make such reforms. Project priority is based on consensus and a set of criteria that responds to the perceived need to fight congestion and induce peripheral growth. This responds to state and federal incentives, but is taking the Memphis region in the wrong direction.

Turn Down The Money

“An argument that Memphis is required to prioritize certain approaches and specific projects because of air quality non-attainment requirements misses the mark. The congestion being experienced is the result of unproductive land use practices.  Current efforts to ‘fight congestion’ by improving traffic flow has the paradoxical result of actually increasing the amount people drive. Besides the obvious fact that the Memphis region lacks the revenue to continue on this path, the only way to meet non-attainment goals is to improve the productivity of the land use pattern, giving people more choice of destinations and ways to travel there.

“Today the MPO is wired to maximize the region’s share of federal and state transportation spending, regardless of the overall impact on the area. That approach needs to change to be more strategic in nature.  To say, as the Brookings Institute has, that the City of Memphis is underrepresented on the MPO, is an enormous understatement. In terms of population, population density, tax base, area and overall productivity, the City of Memphis dwarfs every other member of the MPO, yet it has limited representation. A system that fails to give the City of Memphis a majority vote or, at the very least, a veto, is simply not representative of the geography of the Memphis region.

where no near term revenue is generated is needlessly harming its own region.  I am not aware of any federal requirement that mandates this approach and I have seen other MPOs that do not have this requirement.  Project prioritization and matching requirements need to be realigned to support core maintenance activities.

“The MPO needs to be reformed to give Memphis a greater voice. It also needs to either significantly diminish its role so that it is strictly in service of local planning and economic development initiatives or it needs to become more active and collaborative in those efforts.  The priorities of the MPO – fighting congestion, expanding capacity and securing the maximum level of funding  need to be subordinated to the priorities of (1) maintenance of critical system components, (2) a focus on high return investments and (3) increasing the value and producing of existing Memphis neighborhoods.”

It’s A Reality Problem, Not A Perception Problem.

Because Mr. Marohn is right, no amount of rebranding, a better website, a clever logo, or a new name can fix the core perception issue, and that is that the MPO’s service to the Memphis region has been nothing short of catastrophic.  Confronting that reality, rather than resorting to marketing answers, is the only way that the MPO can truly improve its image.