Memphis: Losing Ground in the Race for Talent 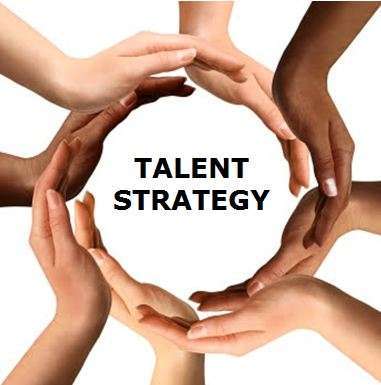 The Memphis metro continues to lose the battle for the talented workers that drive the knowledge economy.

Sometimes, in our region, we think that being busy is the same as being effective.  Data show how our region is paying the price for talking a lot about talent without following up with the hard work of a comprehensive Memphis-specific agenda that is needed if we are to compete for it – and by extension, to compete in today’s economy.

Talent is the single most important factor shaping the economic success of cities. We continue to delude ourselves with the thinking that chasing smokestacks and giving away almost $100 million in tax freezes is a smart long-term strategy.  The people dealing with talent are more often nonprofit organizations that lack strong connections to economic development policy, reflecting the notion that talent falls more in the work of useful social work than vital economic strategy.

There are some things that never get mentioned at meetings of our economic development agencies but that nevertheless are critical indications of how far we have to go in understanding what drives our economy.   We’re thinking about this as we watch the demise of Memphis’s marquee program for our creative culture – Live From Memphis; the closing of our authentic temple of music – the Hi-Tone Café; and the way that our city grinds down smart young people with smart ideas – like Memphis Art Park.

We’ve been writing for eight years about the dangers of Memphis not having a “leap frog” strategy, warning that if we are content with incremental progress, we will end up running in place.  That has been born out with the 2012 CEOs for Cities’ City Vitals report on the 51 largest U.S. metros.  When its listings are compared with its 2006 City Vitals edition, it should be a wake-up call that we aren’t even running in place.  More to the point, we’re losing ground as cities move from below us to above us in the rankings.

That’s why it’s troubling that the failure of Live From Memphis, Hi-Tone, and Memphis Art Park don’t create a blip in the work agenda of Greater Memphis Chamber or EDGE.  That said, these failures send the unmistakable message to the workers that the reality of Memphis doesn’t match up to its resonance.

Instead of addressing the hard work of talent attraction and retention, we take a “check the box” approach.  We build bike lanes – check.  We build a greenline – check.

But these are “markers” (and important ones), but for Memphis to get onto the list of cities that are attractive to 25-34 year-old college-educated workers, we have to think differently.  Markers keep us in the game as these talented workers are choosing what cities to locate.  To seal the deal, we have to make sure that when we talk about being a “green city,” we aren’t just talking about amenities, but a state of mind, an attitude, a lens through which we consider our investments.

For example, young professionals say they are looking for a city that is green. This doesn’t just mean we do it with a new walking/biking trail and a new park. It also means that we have to exhibit green behavior, sustainable practices, less sprawl, better transit, revitalized neighborhoods, and better transportation policies.

That’s why Memphis has reached the point where everything that we do needs to be evaluated through the lens of talent, every investment needs to be analyzed to determine if it creates or attracts talent and every new program needs to be weighed by its impact on retaining talent.

We also need to be mindful that symbolism and buzz matter.  The buzz created by the end of Live From Memphis and Hi-Tone and the unfulfilled potential of Memphis Art Park is profound, because the young, talented workers we need aren’t going to read Chamber brochures or CVB literature about Memphis. Instead, they are Googling their way to a decision about where to live and work and they are listening to their peers on social media.

What they are hearing is that Live From Memphis’s 12-year challenge to push its creative boulder up the hill in Memphis has come to an end.  We’ve written often how Christopher Reyes and Sarah Fleming are two of our favorite people in this city, and we worry that like many creative workers before them, they will simply pack their bags and leave on the way to cities that will more appreciate what they were doing.

The final message from Mr. Reyes on the Live From Memphis website sums it up well: “To the creatives and people of Memphis, I can only hope that we had a positive impact on your lives. I will certainly miss telling your stories.  To Memphis, demand more from your leadership. Stop celebrating mediocrity. Stop funding crappy advocacy groups and meaningless brand campaigns. The creatives of Memphis need more than just cheerleaders. Filling out the check box is no way to make change.”

Live From Memphis was ahead of its time.  It was even pre-MySpace and although most of Mr. Reyes’s predictions about where music was headed have come true, Live From Memphis, like so many worthy Memphis projects that watch millions being spent on the newest, shiny object while clawing and scratching for meager operating money, was held up as proof that Memphis was a cool, creative city by officialdom while it’s just another example of how Memphis tends to do more bragging about its music scene than financially supporting it.

The plan to close the Hi-Tone Café is another blow to Memphis’s image and a boost to Austin’s claim to be “Live Music Capital of the World.”  It has been a unique and special venue in Memphis for 15 years, and it will be missed.  It didn’t close because it was failing.  Rather, it was an exhausting success for its owner, who will take the talents he’s learned there into a related company.  We can only hope that so can create a place as authentic, as funky, and as fun because Hi-Tone was uniquely Memphis.

Then, there is Memphis Arts Park, which is close to being a lasting example of the timidity of organizations charged with creating more vibrancy for downtown, something it is notably lacking. There are pockets of activity for sure.  Usually, it’s the oasis of activity that blooms nightly on Beale Street.  Other than that, it’s largely event-driven with festivals and celebrations that irregularly punctuate the downtown’s calendar.

That’s why we’ve been unabashed supporters of Memphis Art Park.  There is nothing proposed for downtown – or for anywhere else, for that matter – that promises to create as much vibrancy as this single project.  And yet, it’s next to impossible to convert encouragement into meaningful help, and because of it, this idea like so many others from young leaders  languishes for lack of help.

But the underlying theme of all of this is talent, so let us say it again: In today’s highly competitive economy, the single most important indicator of success for a city is the presence of talent – 25-34 year-old college-educated talent.   Every city is fighting for them and cities like ours who want them and want to keep them have to prove that they have the special assets and quality of life that these talented workers say they are looking for – a city that is clean, green, safe, and tolerant.

Which Cities are Musical Trend Setters?