Maybe It’s Better Not To Have Federal Transportation Bill

Arguably the greatest feat of civil engineering of the 20th century, the Interstate Highway System (along with the remainder of the nation’s auto infrastructure) stands sacrosanct on the congressional agenda for federal transportation policy. With each passing year, Marohn writes, “nearly every elected official seems to agree that there is value in new highways.”

But when the federal government channels money into highway construction projects, is it biting off more than local jurisdictions can chew? According to Marohn, “there is a one-way (emanating from Washington DC) tacit understanding that maintenance costs are a local concern.” The consequence is that while aggressive expansion of the highway system leads to short-term economic growth, it becomes a white elephant for cities stuck with the maintenance bill decades down the line.

“While Our Federal Government is much like the company that boosts share prices in the current quarter so that the CEO can retire, cash out his stock options and take some cushy spot on a board of directors, only to have the entire thing explode in the next quarter. Did the CEO know the thing was going down? Maybe or maybe not, but it is far more likely that he was so focused on the current quarter that he didn’t even bother to contemplate it.”

Another complication is that projects of great local importance succumb to the requirements attached to federal assistance – requirements that are often at odds with cost-concsiousness and community interest. What communities need is fewer, better-maintained road miles, and a stronger rail system for both passenger and freight travel.

“So,” Marohn charges, “all things being equal, I would rather not have a federal transportation bill. Ask yourself why we have one in the first place. It is pure momentum from the early highway days. Our bureaucrats sat down in the 1930’s and, similar to Soviet central plans of the same era, designed a national highway system. That this system has been built, expanded, and expanded yet further beyond anything ever imagined (or anything with a financial return) is instructive. We have a transportation bill this year because we had one last year, not because we are worried that Iowa and Minnesota will fail to agree on where Intersate 35 crosses their border.”

Full Story: What is the federal role?

Memphis Lags in List of Cities With Declines in Driving 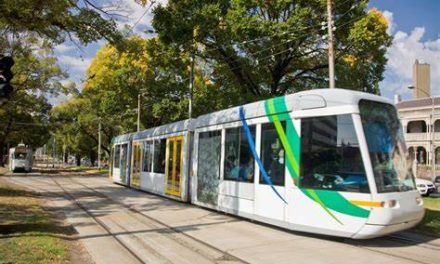