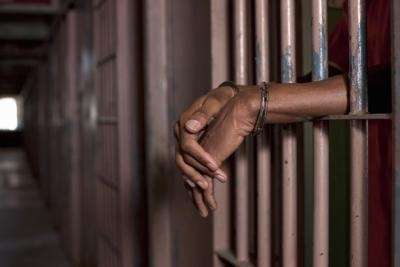 More than 3,000 ex-felons return to Memphis every year after completing their prison terms.

We have more people behind bars here than the systems of 15 states.

More than half of the boys born to teen mothers in Memphis will be arrested before their 18th birthday.

As the MSA with the highest rate of poverty in the U.S., it is remarkable that in Memphis, from January 1 to July 31, 2011, major violent crime, consisting of murder, forcible rape, aggravated assault and robbery, decreased 26.9 percent when compared to the same months in 2006.   Major property crime has also declined over the past five years, down 32.4 percent when compared to the first seven months of 2006.

Throw Out the Lifeline

Nearly a million African-Americans are behind bars, and a male in Memphis has a greater chance of being arrested than of graduating from college.  Since most violent crime is intra-racial, African American victimization rates closely track the incidence of offenses by African Americans.

All of this is why we write so often about the imperative for Memphis to break the link between poverty and race, and the need to leverage our new momentum and self-confidence to attack the toughest problems before us.

The problem of ex-felons returned to Memphis is compounded since they return with little more than best wishes from the state and the demand for them to find a job (although their former correctional status is a regular interview stopper with potential employers).  That’s why we are such admirers of the work being done by DeAndre Brown at Lifeline to Success, a reentry program gaining traction for its effective training for people returning to Memphis after their jail sentences.

Mr. Brown, a former Rhodes College and Lemoyne-Owen College student and ex-felon, refuses to allow people in his program to suffer from low expectations.  He sets goals and requirements and he is serious about participants meeting them.  Operating with the philosophy that “no one can make you feel inferior without your consent” and “be healed, be delivered, be set free,” he brings a pastoral passion to his work and a father’s seriousness about Lifeline to Success.

But we digress.  The U.S. is the most incarcerated country in history with 3.2% of our adult population in the correction system, either in jail, on probation, or on parole.   Prison operations have been one of the fastest growing parts of state budgets, growing at about 7.5% a year in the past 20 years.  In the past 40 years, state inmate population has grown about tenfold.

Too often, the prison system is like a huge factory and too often, African-Americans are treated as the raw materials to keep it running.  It’s a reason why the criminal justice system – from policing to sentencing – is stacked again minorities and the poor.  The end result is too much crime and too much of the wrong kinds of punishment.  Mandatory sentencing is all the rage, propelled by lobbyists for for-profit prisons and companies benefiting from the prison-industrial complex and despite conflicting research on the effectiveness of the approach.

One bit of research is incontrovertible: mandatory sentencing is driving up the public costs of corrections.  For example, federal drug defendants are primarily nonviolent and yet many receive mandatory minimums without regard to their roles in the actual crimes.  Quoting Americans for Tax Reform’s Grover Norquist (this will likely be the one time in our lifetimes this will happen): “It appears that mandatory minimums have become a sort of poor man’s Prohibition: a grossly simplistic and ineffectual government response to a problem that has been around longer than our government itself.”

That’s why we need to set the goal of replacing mass incarceration and return to traditional incarceration rates.  There are strategies being pursued by states and cities across the U.S., and there’s little reason that Memphis should not be a center for the development of these innovative and effective alternates.  Many states are enacting improved probation programs based on Hawaii’s HOPE (Hawaii’s Opportunity Probation with Enforcement) program and based on the use of technology like GPS monitoring.

Spending More to Get Less

Meanwhile, we have to attack the high costs of recidivism.  More than four of every 10 offenders return to prison within three years and the rate of repeat offenders has remained relatively level although the amount spent on corrections, most of it spent on prisons, skyrocketed to $52 billion a year.  The Pew Center on the States earlier this year released one of the most comprehensive reports of its kind: State of Recidivism: The Revolving Door of America’s Prisons.

Ultimately, the question is that if throwing billions upon billions of dollars at the problem hasn’t worked and whatever we’re doing now – including reentry programs – don’t seem to be working either.  And yet, there are few things more important than the development of effective reentry programs in Memphis and Shelby County.

Rather than reincarceration for parole violations, the Pew report said that inmates should face “an array of graduated sanctions in the community, including a short jail stay as needed to hold violators accountable.”  Unsurprisingly, district attorneys general say that this approach produces more crime, but it’s hard to understand that logic since it reduces recidivism, and it’s pretty clear that revolving doors system today isn’t working.  Too often, prosecutors are living examples of the fact that if you are a hammer, the world is full of nails.

As the Pew report said, since the 1970s, prisons have been the weapon of choice in fighting crime, but now we are past the point of diminishing return, as each additional jail cell produces less public safety.  As a result, we should be judging the performance of our prison system by its success in reducing recidivism rates and preparing felons to reenter society.

To succeed, our corrections system must begin reentry programs the day someone enters prison rather than a few weeks before he is released.  Rather than setting up prisoners to fail, we need a program with incentives like reduced time for behavioral change and job skills training.

About 95% of offenders in prison will be returned to society, and today, they regularly return with no jobs skills, no support systems, no resources, no stable living environment, and little chance that the door in front of him won’t be a revolving one.

DeAndre Brown’s Call To Action For An End To Violence