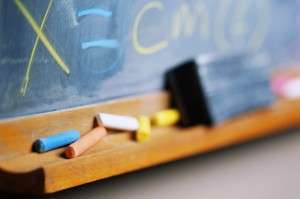 Municipal school districts are the educational equivalent of I-269, and that’s why the Shelby County Board of Commissioners is right to be deeply concerned about them.

Both promise to have a parasitic effect on the urban host that feeds them, exacerbating problems, economic segregation, and realities that will in time play out in the smaller municipalities themselves.  The “it’s all about me” worldview so prevalent in suburban decisions and infrastructure priorities (with State of Tennessee as an enabler on the pork barrel project that is I-269), coupled with the oft-expressed lack of concern about Memphis, fuels a hostility between governments here that would challenge Jimmy Carter’s negotiating skills.

The escalation of hostilities is fed by a lack of political respect and the absence of good will between the warring sides unseen since the days of the civil rights movement.   In politics, there’s often tough talk and vituperative give and take, but just as likely, the participants would treat it as part of their jobs and they would maintain personal relationships that meant that regardless of what was going on, back channel communications never broke down.

Pride Before The Fall

We seem to have moved far beyond those days in politics at all levels, but nowhere is it more pronounced these days than between Shelby County Government and the towns within Shelby County.  There’s always been cognitive dissonance when it came to the towns, a condition deepened by their belief that they should get disproportionate attention and have disproportionate influence.

Then again, the towns were only reacting to reality as they knew it.  Their tax rates were lower because Shelby County Government – whose taxes came largely from Memphians – subsidized their services.   Although the towns talked a good game about county schools and how much they loved them, they never contributed one cent of property taxes into funding them, but despite this, county schools ignored the debt they owed to county government and instead kissed the rings of the town mayors.  Even at obligatory events to celebrate new facilities and programs , there were times when the county mayor was not even invited while the mayor of the small towns essentially presided.

In other words, the towns always exhibited a prideful ownership of their schools and the pervasive disconnect between financial reality and political fantasy produced an air of invulnerability and superiority that came crashing down when Memphians voted to end their double taxation for schools.

Being jolted into a world where the towns’ wishes are no longer put at the top of the list of county investments has been a source of the pain for town residents and helps explain the derisive, angry nature of their comments about Memphis and now the Shelby County commissioners who represent Memphis.

As usual, it all feeds the victimology that runs through so many comments by suburban politicians, fueled by an apparent lack of understanding about majority rule.  A regular staple of the complaints by town residents and their elected officials is a frustration that their political points of view fall prey to the nasty fundamentals of majority rule under which commissioners from Memphis can carry the day with their votes on important issues.

More than one non-Memphis elected official has said with an incredulous tone that decisions by the county commissioners don’t genuflect to their interests.  It’s worth remembering that Shelby County Government was so town-centric in its past that it was the basis for the U.S. Supreme Court ruling on “one man, one vote” that revamped our legislative body and for that matter, every legislative body in the entire U.S.

At the time, each of the county towns had its own member on the county’s legislative body and as a result, the towns controlled county government decisions although Memphians were by far the majority of the population in Shelby County.  There are few people who remember the epic battle for proportional representation that sprung from problems here, but the culture was already set in place, and even with changes in representation, Shelby County Government’s non-Memphis focus continued and was strengthened by the political fealty of county mayors to suburban residents.

The political emphasis on the suburbs was reinforced over the decades in the way that it was always Shelby County Schools’ needs that drove school capital funding, while the legally required funding for Memphis city schools (under the Average Daily Attendance [ADA] requirement) was always treated as a windfall.  For more than 25 years, it is impossible to remember a decision on school funding that was driven by the needs of Memphis City Schools (which just happened to have more than $400 million in unfunded capital needs).

All of this is prelude, but it is nonetheless a contributor to the unrealistic – if not undemocratic – mindset in the ‘burbs that Memphis’ interests must be sublimated to theirs.  Even recently, one town official complained, in the wake of the commissioners’ 7-5 vote to put a countywide sales tax on referendum in November, that the board of commissioners was failing in its responsibility to represent them.  That they did not have the votes and that Memphis has more commissioners because it has more people does little to affect such logic.

We don’t think the board of commissioners, with its sales tax vote, is declaring war on the towns, but its motivation, despite all the overheated rhetoric, is about pursuing a philosophy of fair play and tax equity.  The countywide sales tax is a way of making sure that every Shelby Countian, no matter where he lives, has a stake in the success of the new unified school district.

Only in the towns would this be considered educational heresy, but there their passion for their separate but equal schools goes unabated, neither deterred by financial facts or meaningful evaluation.  Setting aside the impact of a countywide sales tax increase on City of Memphis (the countywide sales tax would reduce the city revenue from $48 million to $24 million because half of the sales taxes would be required to go to the unified school district), it’s hard to argue that the board of commissioners are not right to put school funding at the top of its agenda.

For decades, it has been school funding that has driven everything in its path in Shelby County Government budgets, and mayor after mayor has said that nothing in the county budget is more important.  That said, this is more than merely a financial question to answer.  It is about tax policy, it is about governance, it is about social equity, and it is about putting everyone in Shelby County on the same side of the table when it comes to quality schools.

The Rules Are For Them

The municipalities have voted, and they now have their very own school districts in their futures.  They can build the walls they’ve wanted, but they should not be allowed to treat their towns as if they are tax-producing islands.  Taxpayers, regardless of where they live, have responsibilities to contribute to a better county and a countywide sales tax increase to achieve the vision of schools set out by the Transition Planning Commission is in the best interest of us all.

From a political point of view, surely the towns were not naïve enough to think that a sales tax increase would not be considered by Shelby County Government as the best option for funding the unified school district.   A tax that treats every student the same when it comes to funding seems admirably logical and nothing about it precludes the towns from funding its schools through the sources that have been used to fund Memphis City Schools for decades.

Remember that as the towns act as if they somehow would be sabotaged by the same funding arrangement relied on by Memphians for decades.  The only thing more prevalent than the angry rhetoric these days is the inability of the towns to play by the same rules that they thought were so reasonable when it was only Memphis playing by them.