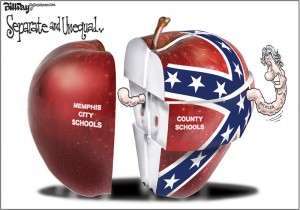 U.S. District Court Judge Samuel (Hardy) Mays said that there is no irreparable harm to Shelby County in allowing the municipal school referendums to be held August 2.

He must not have been thinking about Shelby County Assessor Cheyenne Johnson and Interim General Sessions Court Clerk Ed Stanton Jr.   His ruling made their elections a decidedly uphill battle.

The threat to the municipal referendums posed by the Shelby County Board of Commissioners’ lawsuit challenging them only succeeded in heightening the already OCD level focus of the towns on having their own school systems.   In other words, the turnout in the towns will be even heavier than previous predictions and that could turn the tide toward Republicans in the countywide races.

Margins in countywide races in recent years have been thin and it was expected to be the same this year in the assessor and General Session Court Clerk’s races although both of the candidates in those positions now have done capable jobs.  In a previous time before partisan elections, both could have easily had little serious opposition.

All About the D or the R

Mrs. Johnson has done an admirable job as assessor, and the race essentially is about whether the name of the assessor is followed by a D or an R.  Meanwhile, Mr. Stanton was chosen by the judges to right the ship after the controversy about improper politicking within the office.   He’s what clerks used to be in Shelby County – someone who came up through the ranks, were professionals rather than politicians,  learned the job the best way – by doing it, and had specific job experience.

All that may mean nothing in the wake of Judge Mays’s opinion because the path to election just became more difficult for both of them.  (The attorney general’s race is also contested but appears to be safely within reach for Interim Attorney General Amy Weirich.)

All of it this is yet another reminder of the ill-conceived idea of injecting partisan politics into local government elections.  It did nothing so much as institutionalizing the racial divide – later to also become an urban-suburban divide — as integral to our political system, but more to the point, it is impossible to argue that partisan local elections have led to higher quality leadership.

Besides the racial dynamic that was made part of every political campaign and decision, partisan primaries froze the party lines so firmly that every vote has the potential to become a party purity vote.  It also means that any member from one party willing to collaborate with the other party has an automatic target put on their backs.

These racial and partisan overtones make every government decision harder and more adversarial, and although city government did not follow suit with partisan elections, the county’s decision influences city elections by creating an environment in which even city elections have taken on some partisan characteristics.

Judge Mays is a former chief adviser to Republican Tennessee Governor Don Sundquist and was appointed to the District Court bench by Republican President George W. Bush.  Despite his Republican pedigree, he has a reputation as a fair-minded, thoughtful jurist, so it was not surprising that he would invoke a principle that used to be the mantra of conservative judges – “judicial restraint.”  While it may seem almost arcane in today’s federal courts context at the highest levels, it seems in keeping with Judge Mays’s demeanor and approach to issues.

While saying that there was no irreparable harm to Shelby County, Judge Mays said that the suburban towns might suffer harm if he stopped the referendums.  The cynically-minded will no doubt plug this into the judge’s Republican past as a way to get the vote out for his party’s candidates, but we are unprepared to go there although we are hard-pressed to see any substantial harm to the towns if the vote had been delayed.

Although county commissioners who filed the lawsuit were disappointed, they drew solace from the decision by the judge to set a hearing on whether the state law allowing the referendums is unconstitutional.   Lead attorney for the Shelby County Board of Commissioners, Leo Bearman Jr., also one of the best legal minds in the U.S., was persuasive in proving that the 2012 law was written only for our community.

Supporters of the town referendums know that it was created only for Shelby County, but in keeping with the machinations typical to the Norris-Todd law, they now try to shove a couple of other counties under the law’s provisions.  It’s all after the fact, but once again, arguments were made with a straight face that the law was being written to apply to other communities.

Some county officials believe that they will ultimately win with a ruling by Judge Mays that the law is in fact unconstitutional, but for a judge motivated by “judicial restraint” who would not delay an election, it’s pretty hard for us to imagine that he will nullify the votes of that election after they are cast.

It remains to be seen if the two-thirds of families outside Memphis that have no children in school will support a significant increase in their property taxes just to build a wall around their towns, but if modern politics teaches us anything, it is the propensity of voters to cast ballots against their own self-interest.

Germantown’s population is essentially flat and it is aging.  Gone are the days when it was the bastion for suburban families.  These days, it’s becoming the preferred location for nursing and assisted living facilities.  Millington is cash-strapped and in need of programs to help its poor residents.  Bartlett is a town in transition and will become the most diverse municipality in the coming years.  Collierville voters hate taxes, always feel victimized, and revel in their anti-Memphis rhetoric.

If we were putting our money on the line, we’d bet that all of these towns’ voters act on their emotional outrage from their constant victimhood and create their own school district, and ironically, the “father of school consolidation,” David Pickler, is also a favorite as a school board candidate.

For now, town leaders are running on adrenaline.  The sticker shock will come in future years when property taxes climb and sales taxes are higher, but until then, the advocates for their very own school districts without “those” students can celebrate Judge Mays’ ruling.

But the sticker shock lies in the future.  What’s interesting to us is that the dilemma that the “county” folks find themselves in is totally of their own making and that’s why it’s so fascinating to watch it play out.

But no one watches it more closely than Mrs. Johnson and Mr. Stanton, because no one has more irreparable harm from Judge Mays’s ruling. 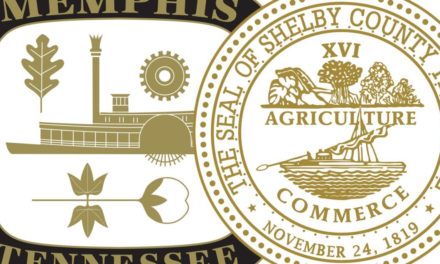