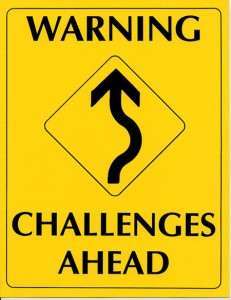 We’ve promised to swear off – if not viscerally reject – any comparisons of Memphis to Detroit, but a recent post in Detroit caught our eye because it offered some warning signs for where its planning went off the rails.

As we’ve said before, Memphis is not at risk to become the next Detroit.  Such derogatory comparisons, regular staples of the comments section of the news media, ignore the vast difference between the key indicators of the Motor City and Memphis.  In addition, Memphis has more assets than Detroit and they give us a reasonable chance to improve our relative position – but only if we get our act together.

Memphis has no margin for error, so it’s instructive to hear the answers from Detroit urban planner Pete Saunders to what exactly did Detroit get wrong and why did it collapse?  More to the point, what are warning signs that we should be alert for?

1 – Poor neighborhood identification. Detroit has poorly defined neighborhoods and it contributed to lack of cohesion to tackle issues in a neighborhood context, which in turn undermined community ownership.  Memphis has an array of maps that purportedly show Memphis’ distinct neighborhoods, but often they seem designed more to put a context on public and private programs than to accurately map actual neighborhood boundaries.  In addition, we need a program similar to other cities that designate neighborhoods with banners and signs paying tribute to their unique characteristics as ways to build neighborhood cohesion.

2 – Poor housing stock.  All of us have seen those photographs of bombed out neighborhoods of Detroit that resemble European cities after World War II.  Detroit has a huge number of abandoned ruins but it also has “more homes that simply don’t generate the demand that higher quality housing would,” and that’s a major contributor to the extremely cheap housing.

3 – A poor public realm.  Detroit’s streetscape is unbelievably bad, underscoring the importance in redevelopments like Overton Square getting their streetscapes right.  Detroit is made boring by the lack of signs, landscaping, street trees, underground wiring, and banners, and primary corridors are pedestrian unfriendly.  Memphis’ public realm is better but we hardly deserve bragging rights, but little by little, design issues are gaining the importance here they deserve.

4 – Downtown was allowed to become weak.  For most of the last century, Detroit’s downtown was strong and successful, but it was allowed to become a weak secondary market which could not compete with the suburbs.  Our downtown is going through a painful time, but the good news is that the widespread understanding about its importance has moved its success to the front burner of civic priorities.

5 – Freeway expansion.  Detroit is covered with freeways which undermined the strength of its urban core.  Think I-269 bleeding economic life from the urban center and the 2040 Long-Range Transportation Plan for Memphis, which creates 1,000 more miles of asphalt that feed, encourage, and subsidize an auto-centric lifestyle that is financial insanity.

6 – Lack of/loss of a transit network.  Lobbying by car manufacturers to eliminate Detroit’s extensive streetcar network in favor of buses was successful on the premise that buses offered more flexibility.  Unfortunately, there was no history of commuter rail or alternative transit options and this accelerated Detroit’s decline to a point it could not pull up.  The ineffectiveness of Memphis’ buses, the lack of trolleys as a real transportation option, and the poor bus experience here are trouble signs demanding attention once and for all.

7 – Local government organization.  Changes that resulted from early 20th century’s Progressive Era led to the abandonment of a City Council elected by districts in favor of citywide elections.  It changes back next year with elections by Council districts but a century of citywide elections created a distance between government and the people it serves and neighborhoods lacked champions in the public halls of power.

8 – An industrial landscape that constrained the city’s core.  Detroit had a unique land use pattern in which industrial uses were not concentrated in districts but spread throughout the city.  Memphis’ land use patterns haven’t always been particularly wise or rational but compared to Detroit, we’re in much better shape.

9 – Ill-timed and unfulfilled annexation policy.  Detroit overannexed and created a push for suburbanization in a city that had previously featured high densities.  The emphasis on annexation also resulted in low-quality housing with little contemporary appeal.

Each of us could draw up our own list of decisions that contributed to Memphis’ challenges today, notably the hellbent fueling of sprawl and the historic relocation of Memphians under the guise of “growth”; the “annexation at any cost” attitude based on incomplete cost/benefit analyses; the abuse of Planned Developments (PDs) that gave developers carte blanche to disrupt land use patterns and neighborhoods cohesion; the obsession with low-wage, low-income jobs as the basis for economic growth and an overall absence of resilient economic development strategies; and lack of attention to high quality urban design.

Things are changing and they must pick up speed, because it’s never been clearer that 30 years of poor public policy created unsustainable development patterns – economically and environmentally. And as we have said often, we have to shed old myths, particularly the ones that any job is a good job, that any road is a good road, and that any development is a good development.

We’ve traded on those myths for far too long because of our low self-esteem and self-worth.  We’ve seen what they got us, and the most encouraging fact is that things are changing.   That said, we need to super charge them because one thing is undebatable: Memphis is worth fighting for.

New Employee Handbooks on the Way: But is policy the enemy of progress?