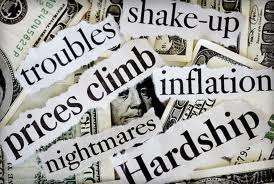 African-Americans in Memphis are under siege.

That can only mean one thing: Memphis is also under siege.

Come to think of it, it also means that the region is under siege, despite the tone and content of suburban rhetoric to the contrary.

We’ve been writing in recent weeks about the economic realities that face Memphis in a post-recession, jobless recovery world.  To recap, the region is one of the 20 weakest-performing metros when it comes to recovery after the last recession, bouncing back much more slowly than after the 1981, 1990, and 2001 recessions, and the region will not return to pre-recession, or 2007, employment levels until the first quarter of 2016 (unfortunately we lost more than 20,000 jobs in the seven years before 2007.

We had hoped that things had bottomed out, but it seems we were wrong.  In the couple of weeks since our first post, Memphis got yet another one-two punch with news that the city’s unemployment rate continues to climb and the average wealth for African-Americans has dropped precipitously.

Even devil’s advocates are unable to summon up an alternative argument to the obvious: the Memphis regional economy is sputtering and nothing short of an engine overhaul is going to improve things.

This benign neglect and lack of strategic focus bring us to where we are today, and if the current situation is not the ultimate wake-up call, we can’t imagine what one looks like.

Today, about 47% of Memphis workers older than 16 years old are unemployed or not looking for work.  That’s a 12% unemployment rate plus 35% who are not in the labor force anymore.

It’s the 35% that’s the structural problem that is essentially unchanged in the past 25 years.  The unemployment rate may go up or down but the percentage of people who aren’t looking for jobs remains about the same.   In other words, about 220,000 Memphians are not working, and to compound things, a significant percentage of Memphis workers are underemployed and say that they would like training for better jobs.

The preponderance of these workers are African-Americans, but that’s not the only trend whipsawing these Memphians.  According to the U.S. Census Bureau, the media wealth of African-Americans shrunk by 53% between 2005-2009.  We don’t know what happened in the years between 2009 and now, but there’s no way we’d bet that things got better.

Meanwhile, African-American median household income declined between 2000-2008 by 7.8% and it was already the lowest of all major U.S. ethnic and racial groups. In 2000, African-Americans households earned 65% of the amount earned by Caucasian households.  In 2008, it had fallen to 61.6%, and we’re sure it’s even less now.

They are victims of a cruel economy, foreclosures,  and predatory lending that result in 28% of the residential mortgages in Memphis being more than the value of the houses.   They are living at the edges of our economy and our city in neighborhoods that are deteriorating and where children’s boldest ambitions – 40% of these children live in poverty – are to get jobs in a warehouse.

So let us say it again, as we have since we started this blog, inner cities in growing regions are just as likely to decline as grow.  You don’t have to be a university economist to predict the depths to which our inner city is sinking.

Time to Get Damn Serious

None of this is likely to be a revelation to African-Americans here, but these trends converge to push Memphis even further down the rungs of U.S. metros in terms of economic vitality.  After all, as the first region of more than one million people with an African-American majority, there’s little excuse for all of us not to be damn serious about improving opportunity for good-paying jobs, entrepreneurship, and neighborhoods with jobs and with dependable public transit to job centers.

We need to quit acting like hitting a 25% minority participation rate is something to celebrate.  We need for government officials to be what they are: crucial players in demanding that economic development officials put together serious incentive programs and plans of action that emphasize African-American start-ups and employment.

We need for churches and mosques to quit worrying about who’s getting credit and join hands to improve neighborhoods and support Community LIFT’s strategies for neighborhood-based economic growth.  We need for everyone to get out of their comfort zones and learn as much about north-south Memphis as they know about east-west Memphis.  We need Memphis corporations to quit treating minority business development as social work rather than real  economic partnerships.

It’s not as if everyone in our entire community needs to necessarily act out of high moral principles or deep religious faith.   It’s enough if they act out of their own enlightened self-interest.

Becoming What We Can Be

Today, Memphis is half-done, and as long as only half of our population doesn’t have the income to participate fully in all that the community has to offer, we are only cheating ourselves in the long run.  For example, we are the smallest NBA market in the country since Memphis has only 300,000 potential customers.  We have only half as much money as we should in the cash registers of our businesses.

We can’t call it progress for Memphis when younger African-Americans are earning less than their parents did.  It’s been said that when the economy sneezes, poor people catch pneumonia.  The same goes with a city with a lot of poor people.  The rest of the country may be coping with the recession, but here, we are in a depression rivaling the Bermuda Triangle.

There is much to be proud of in Memphis, particularly the new momentum and signs that we can create and recruit new jobs, but now it’s time to leverage this same energy and enthusiasm to do what needs to be done: creating a city that is fully developed. We’ll be talking a lot about this in the coming months and hope you’ll be doing the same.

Looking Ahead at the Economy: David Ciscel