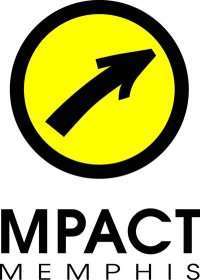 MPACT Memphis should be getting ready to celebrate its 10th anniversary and the spotlight that it has shined for a decade on the importance of young professionals for our city’s success.

Instead, it may have to plan for a wake.

With MPACT now staring directly into the face of its potential demise, it seems a good time to remember the excitement and energy that surrounded its founding in 2001.

Those were heady days.  Hundreds of young professionals showed up and signed on in festivities at Autozone Park to launch the group.  Staff was hired, business leaders strongly advocated for the group, and money was produced to get things up and running.  Ambitious plans were laid and MPACT was held up as Memphis’ “best practice” by talented workers under 40 years of age in other cities.

At a time when most of these YP groups were appended to their local Chambers of Commerce, MPACT was fresh and exciting.  It was a stand-alone organization of, for, and about a diverse group of “young professionals” intent on making sure that Memphis focused on recruiting, retaining, and engaging their peers to their city.  MPACT was seen as the voice for this crucial demographic and its role was to fight to staunch the hemorrhaging of talent that threatens Memphis’ economic future.

A decade ago, when MPACT was formed, Memphis was ahead of the curve on talent issues.  Our colleague Carol Coletta was working on the Memphis Talent Magnet Report with Richard Florida before he had written his first book on the “creative class.”  Because of the close timing between the group and the report, we’ve always felt a special kinship with MPACT because if we were to become a magnet, we first had to convince our own college-educated talent to stay here.

That too was a primary objective of the organization, because it was more the rule than the exception that our best and brightest got their college degrees and moved to other cities.

That was then.  This is now.

It’s been a trying decade as the region lost members of this crucial demographic by the tens of thousands.  And yet, through it all, MPACT has been a sentinel urging local leaders to involve young professionals in meaningful ways, it has been a visionary describing a different future for Memphis, and it has been a reliable advocate for talent and its role in defining which cities are losing and which cities are winning in today’s economy.

At a time when the organization should be scheduling photo ops for its 10th birthday party, it is forced to the brink of extinction, propelled by a local tendency to talk the talk without walking the walk.  Its annual budget is less than $200,000, an operating budget smaller than the salaries for the heads of numerous Memphis nonprofits.

With big plans following completion of the Voice of MPACT report that chronicled what 1,500 young professionals felt about Memphis and what they wanted, the organization still was unable to raise money for its pivotal second phase to translate the research about what young professionals want into a force to make it happen.

Despite the hard work of MPACT executive director Gwyn Fisher, chair Audra Bares, and a few others, the rhetoric about MPACT by Memphis leaders in recent years never translated into funding and support.  Without argument, the organization and the unique role that it plays in Memphis compared to other organizations appear to have been taken for granted.

Today, both Ms. Fisher and Ms. Bares are gone, and if they were unable to turn things around, it’s difficult to imagine that things can be.  It seems that MPACT is left with the choices of staying the course as an independent organization, merging with an existing organization, or dissolving completely.  Hope springs eternal, but at this point, MPACT lacks a big-time champion (similar to Dean and Kristi Jernigan when it was created) who can command attention from Memphis leaders, write checks, and encourage others to do the same.

The clock is ticking.  Sadly, at this point, the odds seem to be against MPACT.  If it folds, it unquestionably sends the message that Memphis is not really a place that honors, cultivates, or nurtures the kind of civic culture that puts its money where its mouth is when it comes to talented young professionals.