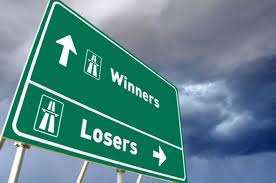 We were driving north on Second Street yesterday and encountered warning signs that the road was closed.  At the intersection of North Second and Mud Island, a “Road Closed” sign blocked the road, whose message was punctuated by the presence of a guard under an umbrella and two city government vehicles parked nearby.

Someone asked: “I wonder what’s going on up there?”

A cynical rider’s answer: “Must be City Council redistricting.”

It’s really not funny that Memphis’ legislative redistricting is relegated to a punch line, but it also is completely understandable because the redistricting process is about as public as a papal conclave.  It’s nothing short of incredible that a decision – a major public decision – as important as this one is being conducted in secret and intentionally so.  Redistricting will determine the future of city government and will significantly shape the ability of new faces to enter Council races.

Most amazing of all, decisions about redistricting are not being made by a demographer or a planner.  They are being made by the City Council’s own attorney, who owes his contract to those on that legislative body.  There are those who contend that it’s a classic conflict of interest, and it’s difficult to disagree.  In effect, the Council’s own attorney essentially delivers electable districts to his own employers.

This cynical process is being hidden from the public, who deserves for its voices to be heard and to be able to express its opinions in a public presentation.  Instead, the redistricting recommendations are being released late, considering that the qualifying deadline is now less than two weeks away.  The recommendations were released Friday, which some believe was to reduce news media scrutiny.

Because of the importance of redistricting, we’re not writing a post today.  Instead, we’re referring you to Steve Ross’s Vibinc blog.  Steve has been writing regularly on this issue, and all of us need to get informed about the stakes of redistricting and to speak out for open government.

Here are links to Vinbinc posts:

Redistricting: When Will This Start Being Transparent?

This Week On Smart City: A City In The Clouds

Blaming the Victim in the Congressional Budget Wars